I can't believe what I am seeing on T.V. and I am at a lost for words. The stock markets around the world are plunging so I guess I am not the only one sitting in horror of what is unfolding before us.

God help us all this early Wednesday November morning.


The Dow surged 218 points and blasted to a new closing high, marking Day 2 of the "Trump Bounce" as Wall Street fears related to Donald Trump’s stunning election win gave way to hopes that the president-elect's policies could boost the economy.

But the Trump rally was not broad-based, as sectors that the candidate unleashed attacks on — technology companies, Obamacare, emerging markets, took a hit.


Markets are thriving in the age of Donald Trump – but how long will the rally last?
November 11, 2016


Two things can be said with confidence about Donald Trump’s election victory and the U.S. stock market’s rally this week: both surprised nearly everyone, and neither gives much indication of what’s really going to happen next.

For investors who have been hearing for months about how the markets hate uncertainty, and Trump is uncertainty personified, the whipsaw comeback on the S&P 500 and Dow Jones Industrial Average on Wednesday might have been as shocking as the Democrats losing Wisconsin.​
Read more
http://business.financialpost.com/i...p-bump-without-pricing-in-the-mans-volatility
Click to expand...

well, it's 11-2-16. Forget the stock markets. Look at the massive protests in various cities around America.
The last time we witnessed national protests was when America was embroiled in Vietnam. I can't believe what is unfolding. It's too much to really take in and I am scared.
B

Here in the DR protests are more or less peaceful. when you start burning things, and breaking thing it's now a riot. and the government shows up and puts it down. Ask your selves if the other side lost would the same thing be happening?

Even if Obama or any US pResident does sanction it, "Martial Law" in the US is not what people have fantasized it to be (Alex Jones).

What people have failed to realize is that in many of the cities that have had protests, "Martial Law" has been implemented without a widespread bulletin alert.

When those "military like" vehicles come, that is in effect "Martial Law", while many think it is a wide spread massive dictatorship that will create a coup like in some of these smaller countries.

With the 2nd amendment, that coup would be hard to pull off, thus, the idea of a National Martial Law is just as reasonable as an island flipping over (Hank Johnson).

There would be a civil war (meaning inner agency battles) before this would be plausible.
Too many Constitutionalists within government branches to let this happen without a serious fight.


But should ask this, who asks for "Martial Law"?
Click to expand...

Brother UB ... you posted the above today ... after we had this discussion.

It also appears to ignore the conversation we just had about dumping other people's words on us.

I left that conversation thinking we were on the same page.

Obviously we are not ... 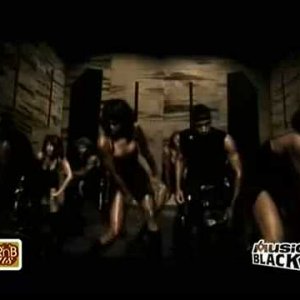