Black People : I am SHOCKED by what I learned in class today - FBI CIA Infiltration of Black Organizations

So, I'm white, and perhaps a bit naive and uhm withdrawn from the realities of the black community. I've been taking a class called Islam in America and we've been reading a biography of Malcolm written by Manning Marable (spelling?), and today we began talking about how the FBI infiltrated different civil rights movements and the CIA how there is some evidence that they planted drugs within the black community after the civil rights movement to destablize them.

I was shocked to hear this. I had heard this/read about this on Destee.com before but I thought it was some conspiracy theory

Contel papers? (I don't think I am spelling this right) but my professor (who is also white) began talking about them, (they're CIA papers obtained under the Freedom of Information Act).

As I continued to listen to my professor talk about how there is some evidence that the FBI tends to infiltrate movements within America and undermine them, such as the Vietnam Protests at kent state and Wounded Knee 2, I became more and more outraged listening to what my professor was saying.

Outraged because, it made sense! It finally made sense and here I am in America, thinking for years that because we live in a democracy that our protests actually are effective and do something for the nation. Not true, we live under oppression of a state which wishes to keep the status quo.

I'm pissed. I feel like some of my innocence has been taken away, but maybe it's for the better. It's been replaced by a simmering anger and less respect for our government (which I respected before).

God am I pissed.
S

well, welcome to the world.. it might blow your mind even further when you realize that the FBI and CIA do what they do on your behalf.. to benefit you.. to ensure the domination of your group over all other groups.. what you learned in class is just the tip of the iceberg..

Conspiracy theories are usually true theories which are made to be so scarey and unbelievable that folks, somewhat, throw it in the back of the trunk! If someone can think it up it is worth researching for your own good! 9 times out of 10 the chains begin to link up together to the truth, which is the scarey theorie that was stated! In this US Goverment anything anything is possible and probable!

http://www.icdc.com/~paulwolf/cointelpro/cointel.htm​
COINTELPRO is an acronym for a series of FBI counterintelligence programs designed to neutralize political dissidents. Although covert operations have been employed throughout FBI history, the formal COINTELPRO's of 1956-1971 were broadly targeted against radical political organizations. In the early 1950s, the Communist Party was illegal in the United States. The Senate and House of Representatives each set up investigating committees to prosecute communists and publicly expose them. (The House Committee on Un-American Activities and the Senate Internal Security Subcommittee, led by Senator Joseph McCarthy). When a series of Supreme Court rulings in 1956 and 1957 challenged these committees and questioned the constitutionality of Smith Act prosecutions and Subversive Activities Control Board hearings, the FBI's response was COINTELPRO, a program designed to "neutralize" those who could no longer be prosecuted. Over the years, similar programs were created to neutralize civil rights, anti-war, and many other groups, many of which were said to be "communist front organizations."
The FBI conducted more than 2000 COINTELPRO operations before the the programs were officially discontinued in April of 1971, after public exposure
OldSoul
oldsoul@whgbetc.com​

skuderjaymes said:
well, welcome to the world.. it might blow your mind even further when you realize that the FBI and CIA do what they do on your behalf.. to benefit you.. to ensure the domination of your group over all other groups.. what you learned in class is just the tip of the iceberg..
Click to expand...

I don't think it's always done to perpetuate the power of the white race (though I do think it is done to suppress minorities in the USA at times, which could include minority OPINIONS-which could be held by segments of white America.)

What about the Vietnam Protests? Weren't they done by white college students and apparently they were suppressed at Kent State by FBI agents?

In the news I am seeing clashes between occupy protestors and police forces, and it's pissing me off.

And yes, i can easily imagine this is just the tip of the ice berg. It's kind of irritating how I am having to go and research things on my own in order to learn the history of minority groups in america (such as the black community and native american community) since these things were glossed over in my high school history books (which I am viewing more and more as indoctrination textbooks, or perhaps just written by the viewpoint of the white man, and not intended for indoctrination?)

History is written by the victors (which in this case is the White Man), so yeah, going to have to continue to learn about things independently for a more fair and balanced view of things 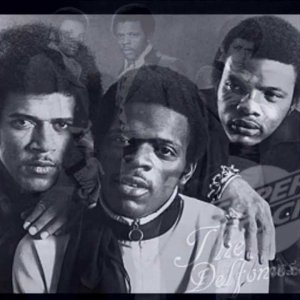