Black People : I Am Not Beholden To Anything So Call Black Leadership Does

I Am Not Beholden To Anything So-Called Black Leadership Does That Only Involved Effort Without Victory Being Our Goal!!!

I Share With Black Afrikans What We Need To Know And Not What We Want To Hear, Beloved.

As I have shared with Black Afrikans, there is no effort, no fight, no goal that comes from the Black Afrikan Freedom Compromiser, the Divine Warrior Revolutionary for Freedom require Black Afrikans to be victorious Living as Nature has designed Black Afrikans to Live, that is the goal, which is Freedom, is that to higher a price for your dignity which comes with you being in power and control over the way you Black behind need to live which will correspond with the spirit of the Universe, both the Infinite and the Finite Universe?

Am I too serious about what I know is what needed in order for Black Afrikans to be able to walk with Universal proudness knowing that we live in an environment of Divine Freedom an environment common naturally to the Design of the Black Universal Cosmic Divine Being now referred to as Black Afrikan people?

Black Afrikan people, I run not from the status of perfection and I do not adhere to the notion that there have been none walking in the physical that lived a perfect way of living, such is held up by belief by a Luciferian Human Being who is out to continue to lie and deceive Black Afrikan people about who we Divinely Black Cosmic Beings are and what our Relationship is to Thinking, to Divinely Reason with Logic and Innerstanding about all we should desire to Know concerning the requirement of being qualified to choose the Divine Essence, God to be in Divine awareness of and what the Divine Essence God Is!!!

So Yes, Hell Yes, do not come dropping those past Black Activists in my lap and you do not give a **** about Freedom.

Because the last time I looked and did see the status of Black Afrikans, there is no environment of Freedom where Black Afrikans have control and power over the way we live, so up to date, the effort of Black Afrikans and our so-called leaders today have yet to reach the pinnacle of Freedom, there is where the Divine Essence God Reside, Black Woman and Man!!!

So get up off of ours looking for excuses behind that have us Black Afrikans ignoring the need for Freedom when you are not living such, freedom does not change and remain to be a requirement for any Black Afrikan who throw your activist hat into the ring of social, economic, political, and religious confrontation with Lucifer which has Freedom to be the goal motivating such action.

Because if not, then your Black behind is just full of excuses that justify you from fighting for your and Afrika Freedom, which will only come from your Black behind Demanding and collecting our Enslaved Afrikans Ancestors Reparation/Repatriation which represents Black Afrikans and Afrika Freedom and you can take this Divine Truth and do with it as you will, beloved Black Afrikan people!!!

Because I do not apologize for sharing the Divine Truth with Black Afrikan people regardless of how much we Black Afrikans despise the Divine Truth, because I know it can and will save your Black behind and Afrika if only you will begin thinking for a living Black Afrikan Woman and Man and your every thought should be about freedom, Reparation/Repatriation and go and fight to collect what is already belong to the Black Afrikan Family, Freedom!!! 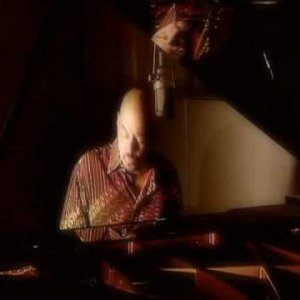