Science and Technology : Hundreds of thousands may lose Internet in July

For computer users, a few mouse clicks could mean the difference between staying online and losing Internet connections this summer.

Unknown to most of them, their problem began when international hackers ran an online advertising scam to take control of infected computers around the world. In a highly unusual response, the FBI set up a safety net months ago using government computers to prevent Internet disruptions for those infected users. But that system is to be shut down.

The FBI is encouraging users to visit a website run by its security partner, http://www.dcwg.org, that will inform them whether they're infected and explain how to fix the problem. After July 9, infected users won't be able to connect to the Internet.

Most victims don't even know their computers have been infected, although the malicious software probably has slowed their web surfing and disabled their antivirus software, making their machines more vulnerable to other problems.
read more

thanks for this info, bro anAfrican. I better get on the ball,..

One thing I am conscious of in this digital and on-line age is security. I am secure on-line as I am going to be as far as I know... knowing that all is NEVER absolutely secure on any level in anything. Build security, some entity will find intrusion points. It's an ongoing process and will be forever prevalent as we continue down the road of technological progression.

anAfrican said:
The FBI is encouraging users to visit a website run by its security partner, http://www.dcwg.org, that will inform them whether they're infected and explain how to fix the problem. After July 9, infected users won't be able to connect to the Internet.
Click to expand...


That is not entirely correct.

The web blackout from July 9 will be enforced by the FBI, which is shutting down several web servers through which infected users' web traffic has been travelling.
Click to expand...

​
They are shutting down those (web) servers. They aren't shutting out or off the Internet.​
Either remove the malware and fix your OS or reinstall. You'll be back up in no time.​
​
Also according to the article, it changes your DNS settings.​
​
If you are in Windows, this is extremely easy to fix. It isn't that much more difficult in Linux either.​
​
Your Domain Name resolution may not work, but you would still be able to connect to sites via IP (Internet Protocol).​
​
The Internet connection of an infected machine would still be connected and working to the Internet. A particular service would not functions as expected after the blackout.​
​
Furthermore if one's machine is infected, that person is doing a big no-no. They are running their machine as administrator or under an administrator context.​
​
If they stop doing that, that will solve most of that person's performance, stability, and security issues.​

With the religious prophecies and analog age is dying, I was wondering what would be the "new" boogie man of the digital age and here we go. Like Shikamaru said, just getting your OS re-installed should do the trick. Also start backing up your important data, which we all should be doing anyway. Never use hard drives as ultimate storage, because they can fail or crash. Online back up can be an option, though I don't trust it. I like flash drives or burning data to a DVD. There is not cure all because you could lose a flash or scratch a DVD. That's why I try to back up important stuff on at least 3-4 options.

Ultimately this is just a big scare. People will be fine. I'm thinking you can even reset your DNS or IP. I don't know if it will help but it's worth a try. Keep your machine clean, and use AV (anti-virus) where you can. To me Internet Security Suites are good, http://www.pcworld.com/reviews/collection/3247/2010_suites.html

This is a free software I've used in the past. Use this only if you have idea what you're doing. If not get someone who can help if need be. 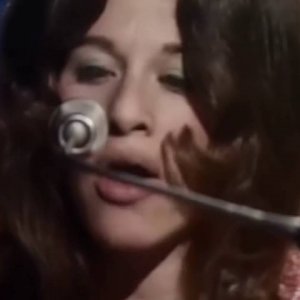