Black People : How to get past the Ferguson Grand Jury decision.

As a warrior and revolutionary I am very dismayed at the Grand Jury's decision to not prosecute this killer, Darren Wilson. I believe wholeheartedly that this racist actually went out to shoot a blackmale that day and fear had nothing to do with is decision but cold blooded murder. But I'm in line with Mr. Booker T. Washington in that until African Americans can contribute something of signifigance with the global world village black life will continued to be disvalued. However that problem of doing something about this issue is troublesome because so many AAs worship the enemy. So many of them don't believe in Africa nor themselves. We can't change our conditions without changing our viewpoints. Our angle of view must be from the point that we don't need our enemies to develop, to live as human beings, and thrive in the global market.

So with all that has been said let's get on with the building and developing of our own parts of the U.S and places on the continent we can go and find peace, happiness and love from our own people. I challenge all of you who hoot all day about all these issues of racism in the U.S and world to get up and support Black Kings. Oba Adefunmi I, may he rest in peace in Orun, Yoruba Heaven, he established land, a traditional African government in Beaufort, S.C. Oba Adefunmi I's very first IFA reading said that he was a king born to destroy a king. Instead of seeking war Oba Adefunmi sought to lay the foundation for a beautiful kingdom in anticipation that one day many AAs would grew tired of European domination and choose self rule. Now his son Oba Adefunmi II is charged with this enormous task of building a beautiful kingdom ever more so than his father did as in our generation we must expand it. As AA people we are always reminded to live for something beyond our lifetime. Allow ourselves to make small steps and pass down wealth we have to our descendants.

All of you support the King, Oba, Father, Adefunmi II and the villagers of Oyo Tunji. Also support Queen Quet and her Gullah people as they too are planning for an African world. Please send small amounts of checks and money orders to these addresses. Be discreet, don't write long letters, be supportive of Black business and enterprise.

If you're not in support then don't bother commenting. You can do whatever it is you want to do with your time and money. There is no compulsion.

Black People : 3 Black Churches burnt in North Carolina, Georgia and S.Carolina in the past 5 days.

Black People : Selma Retrospective Idealizes The Past And Doesn't Usher In The Future!
2

Black People : The Past Isn't Always The Past
2 3 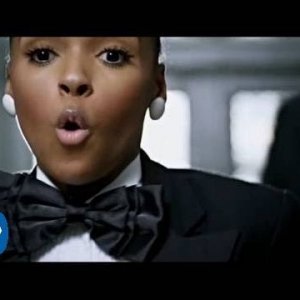