Brother AACOOLDRE : HOW SLAVERY CREATED OUR CONSTITUTION?: Add it up

HOW SLAVERY CREATED OUR CONSTITUTION?: Add it up

The Constitution became effective in 1789 (it’s a person, Uncle Sam its 228 years old). 20 years from 1789 would end the legal importation of slavery in 1808, thereby creating the black super-stud will still live with the after effects today of broken families.

The original texts said life, liberty and the pursuit of property (Slaves) switched to happiness.

This happiness of whites caused millions to die in the middle passage. There’s no statute of limitations on murder and the guilty party is Uncle Sam and he still lives in effect as a person/corporation for 228 years old.

John Q Adams address at North Bridgewater in Nov of 1844 gives us three key clues linking slavery/Constitution coiled up as a snake on the pole holding up our Flag past/present/ maybe future.

“Yes! It cannot be denied-slaveholding lords of the South prescribed, as a condition of their assent to the Constitution, three special provisions to secure the perpetuity of their dominion over their slaves. The first was the immunity for twenty years (ending importation in 1808 sparking slave-breeding), of preserving the African slave-trade; the second was the stipulation to surrender fugitive slaves-an engagement positively prohibited by the laws of God, delivered from Sinai; and thirdly, the exaction fatal to the principles of popular representation, of a representation for slaves-for articles of merchandise, under the name of persons” (The Constitution: A pro-Slavery Compact p.120 by Wendell Phillips).

The compromise of representation of slaves led to us being counted as 3/5 of a person. I’m speculating this compromise had something to do with substituting the word property to happiness. These elegant writers of our glorious Constitution had no problem classifying us as 3/5 a person because they thought we were one step away from Apes. I chuckle when Black PH.D’s give lectures calling us immigrants when we were nothing but property and the cargo on those Slave Ships. As a matter of record the only people who are not immigrants in the USA are Black people! Yeah, get real now.

The reason behind putting a time limit on importing slaves was fear of insurrection of wild untamed Africans. The more home grown breeding of puppies under their supervision caused less anxiety to getting bitten when the pups get filly grown. The revisionist spread propaganda citing that Christians wanted to end slave trading with a bible quote from 1 Timothy 1:10 against “Slave-traders” but not slave having.

Therefore, I deliver an article of Impeachment and arrest warrant to Uncle Sam, a corporation and living person aged 228 years. This clown dressed up in red, white and blue with a stove-top hat like Lincoln is guilty and owes billions of dollars in reparations. Reparations is the most righteous deed they will never perform. I rest my case.

Too bad that the signers of the Constitution didn’t take heed to Thomas Paine “who wrote three letters warning to the people on the eve of the Declaration of Independence: Forget not the hapless African” (see The Life of Thomas Paine p.30 by Moncure Daniel Conway

Paine also wrote a book being hostile to religion stating: All national institutions of churches, whether Jewish, Christian or Turkish, appear to me no other than human inventions, set up to terrify and enslave mankind, and monopolize power and profit”. With that said Paine saw the links with slavery and religion 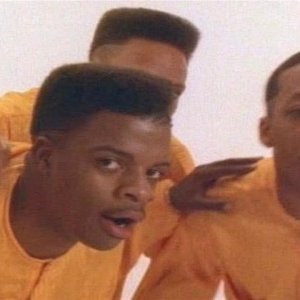