1. The mentioning of Orphan Annie and Popeye (Anne is Obama’s mother’s name)

2. A Green bus that snorts

3. Spotted soul of a straining street

5. Impending death of a woman

1. The Pop & Popeye comparison. All throughout the Pop poem Obama several times talks about his eyes.

2. A Green young man who pulls out a mirror from under a seat he has been saving. This is an allusion to a line of cocaine to be snorted through the nose.

3. A spot on the brain that may be squeezed out

5. Pop recites an old poem before his mother died

Some how some way my book Poor Dre’s Almanac was hacked into and this information was edited out. I’ve now updated my book to put all of this information back in. I’m glad they did this because I re-read both poems and found more information to link up.With that said I’m posting Frank Marshall Davis poem 47th street in its full text:

Then turn back to “Orphan Annie”, “Popeye”

News of the juiciest murders


But a new moon

Of this straining street

I have watched a new moon crawl

To a lean building

And rest its white face

On the creased dark edge

Then look in platinum wonder

Upon the restless canal

Of 47th street below


Besides the beds of the deathly sick

Refusing to leave before life left

And the town that had known her

Only as a name and gray-haired virgin

Shared its most fragile secrets

And erected its new hospital in her honor


But it was not for these things

She was arranging for companions

Among the fatally sick she’d tended

To be watchfully waiting

In that misty place

HOW Obama’s Poem links to his house visits with Frank Davis:

Pop (written in 1981 at Occidental College issue of Feast recalling his visit to Frank Davis house in 1979 before he left for college). I present the Davis/Obama antedotes:

Sitting in his seat, a seat broad and broken

In, sprinkled with ashes,

Shot of Seagrams, neat, and asks

What to do with me, a green young man

Who fails to consider the

Flim and flam of the world, since

Things have been easy for me;

I stare hard at his face, a stare

That deflects off his brow;

I'm sure he's unaware of his

And his slow, unwelcome twitches,

Listen, open, till I cling to his pale,

Yelling in his ears, that hang

His joke, so I ask why

But I don't care anymore, cause

Under my seat, I pull out the

(mirror for a line of cocaine?)

Laughing loud, the blood rushing from his face

To mine, as he grows small,

A spot in my brain, something

Points out the same amber

Stain on his shorts that I've got on mine and

Makes me smell his smell, coming [In book he smells the breath of Davis]

From me; he switches channels, recites an old poem

For a hug, as I shink, my [This hug is called embrace with Old man in Dreams from my Father p302 Shink =literally means “to be hit in the face with a penis”]

("shink" can mean in urban slang to become awkward.)

His thick, oily neck, and his broad back; 'cause [ Black men have oily necks not white]

I see my face, framed within

And know he's laughing too. 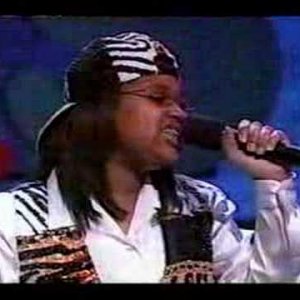