Brother AACOOLDRE : How blacks were thought of in the Declaration of Independence

The Declaration of Independence: An Excerpted Transcription Part 1

The unanimous Declaration of the thirteen united Snakes/ States of America,

When in the Course of human events, it becomes necessary for one people to dissolve the political bands which have connected them with another, and to assume among the powers of the earth, the separate and equal station to which the Laws of Nature and of Nature's God entitle them, a decent respect to the opinions of mankind requires that they should declare the causes which impel them to the separation.

We hold these truths to be self-evident, that all men are created equal, that they are endowed by their Creator with certain unalienable Rights, that among these are Life, Liberty and the pursuit of Happiness (property).

I have a couple of bones to pick with this document. The infamous Supreme Court case Plessy vs Ferguson case used the same language above to formulate their ideology of “Separate but Equal” contract on black people in 1896. Our third president of the USA was Thomas Jefferson and he drafted the Declaration of Indecency.

Jefferson expressed contemporary beliefs among many white Americans that Africans were inferior to Whites in terms of potential citizenship; as a result, he supported deporting them for colonization in Africa. Jefferson claimed his solution was related to the common good for both Whites and Blacks. He proposed a three-fold process of education, emancipation (after the age of 45, to repay the slaveholder's investment), and colonization of free blacks to locations in Africa. He endorsed this plan all his life but never took political action to make it happen. Jefferson also stated that "the real distinctions which nature has made" between people of European descent and people of African descent”. So now we know his mind set in the above opening lines of his declaration of white supremacy. President Lincoln basically followed Jefferson mind hook, line and sinker. For political reasons Lincoln thought the declaration of Independence applied to blacks as citizens and equal but only in a very limited capacity to the disadvantage of blacks.

Lincoln piggy backed upon Jefferson in a speech he gave to free blacks in August of 1862:

“You and we are different races. We have between us a broader difference than exists between almost any other two races. Whether it is right or wrong I need not discuss, but this physical difference is a great disadvantage to us both, as I think your race suffer very greatly, many of them by living among us, while ours suffer from your presence. In a word we suffer on each side. If this is admitted, it affords a reason at least why we should be separated. You here are freemen I suppose.

The President---Perhaps you have long been free, or all your lives. Your race are suffering, in my judgment, the greatest wrong inflicted on any people. But even when you cease to be slaves, you are yet far removed from being placed on an equality with the white race”.

From 1776 until 1954 (Brown vs School Board) it took 178 years for the government to declare that “Separate but Equal” put a badge of inferiority on black people. Some black people of the Republican DNA objected to that declaration which would be analogously to allow a white person to call you a “nig.ger” and tell you where you can and can’t go. Unfortunately the problem is still with us.


Yes we are slaves to History

The torch is out for the masses for Liberty

Its easy to tell we are still “Separate & Unequal” 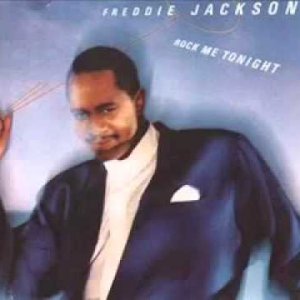