Rwanda : HOTEL RWANDA: Hollywood and the Holocaust in Central Africa

What happened in Rwanda in 1994? The standard line is that a calculated genocide occurred because of deep-seated tribal animosity between the majority Hutu tribe in power and the minority Tutsis. According to this story, at least 500,000 and perhaps 1.2 million Tutsis–-and some moderate Hutus--were ruthlessly eliminated in a few months, and most of them were killed with machetes. The killers in this story were Hutu hard-liners from the Forces Armees Rwandais, the Hutu army, backed by the more ominous and inhuman Interahamwe militias–-“those who kill together.”

“In three short, cruel months, between April and July 1994,” wrote genocide expert Samantha Power on the tenth anniversary of the genocide, “Rwanda experienced a genocide more efficient than that carried out by the Nazis in World War II. The killers were a varied bunch: drunk extremists chanting ‘Hutu power, Hutu power’; uniformed soldiers and militia men intent on wiping out the Tutsi Inyenzi, or ‘cockroaches’; ordinary villagers who had never themselves contemplated killing before but who decided to join the frenzy.” [1]

The award-winning film Hotel Rwanda offers a Hollywood version and the latest depiction of this cataclysm. Is the film accurate? It is billed as a true story. Did genocide occur in Rwanda as it is widely portrayed and universally understood? With thousands of Hutus fleeing Rwanda in fear of the Tutsi government and its now operational village genocide courts, is another reading of events needed?[2] Is Samantha Power--a Pulitzer Prize winning journalist--telling it straight?[3]

Hundreds of thousands of people were killed, that’s clear. There was large-scale butchery of Tutsis. And Hutus. Children and old women were killed. There was mass rape. There were many acts of genocide. But was it genocide or civil war?

“I think that’s a very good question and it is not adequately answered,” says Howard French, former East Africa Bureau Chief for the New York Times and author of Africa: A Continent for the Taking. French operated on the ground in Central Africa (1993-1999) and his reportage of the RPF Tutsi rebel army hunting down and massacring hundreds of thousands of Hutus in Congo is exceptional.[4]

“A minority of fifteen percent [RPF Tutsis] wages a determined effort to take over a country and rule in an ethnic way, by force of arms, and has been doing this for years. Two presidents are assassinated.” Howard French is adamant. “These are not excuses for butchery. But these are things that lead one in the direction of civil war, as a descriptor, as opposed to the one-sided tale that we have been given, of these sweet, innocent Tutsis who remind us of Israel, versus the savage Hutus who cold-heartedly butcher people hand-to-hand for three months.”

From the very first words, where the image has yet to appear and the screen is completely black, the film Hotel Rwanda sets up viewers to think a certain way about what happened in Rwanda in 1994. Here is a story about good versus evil. An ominous African voice is heard, clearly the announcer on a radio program, and he is describing the Tutsis as ‘cockrrrRRROACHES.’ The voice is black and the cataclysm unfathomable, as anyone will tell you, and the black screen underscores the evil darkness of Africa. This voice of terror returns throughout the film to haunt the innocent Tutsi refugees, on screen, and the viewers gripping their seats.

The good guys are the Tutsis, the victims of genocide. They are not killers in the movie: they are never killers. At the end of the film, when a well-attired guerrilla force is shown–-the “rebels” of the Rwandan Patriotic Front (RPF)--they are rescuers. They are disciplined, organized. They keep a tidy United Nations camp safely behind their lines. They don’t kill Red Cross nurses, or orphaned children, in the film: they reconnect them to their families.

The Hutus in the standard Rwanda genocide stories are always the bad guys, and they are all bad guys. Every Hutu is a genocidaire-–to use the ominous French term deployed in English contexts to further underscore the horror, the horror (sic). The Hutus are the devil incarnate. The Tutsis are saintly. Indeed, they are beyond reproach, because they are the victims of genocide. The Hotel manager’s wife bears an obvious cross around her neck, to remind us that the Tutsis are the chosen people. When the now celebrated United Nations hero General Romeo Dallaire shakes hands with the devil–-as his own popular book and film concur–-he is shaking hands with Hutu. That is the framework of the Hotel Rwanda film. There is, today, an industry behind it.

The Tutsis are dehumanized by the Hutus and by the Hutu media, in the film, and there was some truth in this in real life. But the RPF pro-Tutsi media that operated in Rwanda after 1991, for example, was equally dehumanizing, and equally vicious, but the film does not tell us this. Tutsi guerrilla forces were the first to describe themselves as Inyenzi or cockroaches: they were not equated with the insects that everyone loathes, they were well trained, secretive and coordinated military forces who attacked at night and withdrew by day.[5] They would hit and run and kill with efficiency. It was not a pejorative usage, as it has been used in the film Hotel Rwanda, although it was bastardized and turned against the Tutsis by media outlets in Rwanda. Radio Mille Collines and the other anti-RPF media outlets of the President’s party, the National Republican Movement for Democracy and Development (MRND), [6] were not the only ones to incite hatred and murder. Indeed, RPF-controlled Radio Muhabura spread ethnic hatred and incited widespread killings, but this was--according to Hollywood--a war with only one army, the ruthless Hutus.[7]

The Pillars of Hotel Rwanda

When Human Rights Watch investigated the genocide, they sent Alison des Forges to tell the story, and the product of her long investigations was the fat treatise on genocide in Rwanda titled Leave None to Tell the Story. Irony is heaped upon irony when we consider that those who are left to tell the story are silenced by the authorized storytellers like Alison des Forges.

“Alison des Forges is a liar,” says Cameroonian journalist Charles Onana, author of The Secrets of the Genocide. “She is a LIAR.” Paul Kagame, RPF General and President of Rwanda, sued Onana for defamation in a French court: Kagame lost.[8]

“Des Forges has written a book which has become the bible regarding Rwanda,” says Jean Marie Higiro, former Director of the Rwandan Information Office (ORINFOR) who fled with his family in early April 1994. “Everyone points to her book even though some of what she has produced is fiction. I don’t think she is an intentional liar, but I don’t know why she investigated Hutu human rights abuses but no RPF human rights abuses.”

Hotel Rwanda is built on the pillars of selective human rights reporting, but it really takes off from the celebrated text We Regret To Inform You That Tomorrow We Will Be Killed With Our Families by Philip Gourevitch, the New Yorker magazine’s premier Africa expert.

“Gourevitch's short book should be compulsory reading for Heads of State and Ministers of Defence all over Africa,” wrote Guardian reporter Victoria Brittain, “as well as for all UN officials involved in peacekeeping operations and humanitarian aid, from the Secretary General on down, and the heads of missionary orders in the US, France and Belgium.” Brittain is a Nation magazine contributor on genocide in Rwanda. Notably, a U.S. immigration judge in St. Paul Minnesota imposed Gourevitch’s book as compulsory reading for all attorneys dealing with Rwandan refugees requesting political asylum.[9]

What we never learn about Philip Gourevitch is that his brother-in-law, Jamie Rubin, was Madeleine Albright’s leading man and, through him, Gourevitch planted in the public mind a narrow perspective on Rwanda. Funding for Gourevitch’s book came from the United States Institute for Peace, a State Department offshoot.[10] An intimate pal of Rwandan President Paul Kagame, Philip Gourevitch is not an impartial journalist, regardless of how much you may have loved his book, or been moved by it, because he has taken sides, and he has told only one side of the story, and he has told it badly, and he has been rewarded for his fine job in telling it badly.

“Gourevitch begins the story with the Tutsi as these saintly victims,” the Times’ Howard French says. “And I don’t think Gourevitch is a stupid guy. I think that it’s just sheer intellectual dishonesty… Gourevitch was coming out in the New Yorker every other month with this very well written and--if you don’t know the facts--very compelling picture about Rwanda… as the Israel of central Africa and the Tutsis as the Jews of central Africa. That’s powerful stuff. But I’m on the ground in Central Africa seeing that the reality is very, very different.” [11]

The theme of genocide in Rwanda--whether true or false--has birthed an industry that revolves around a standard, simplified plot. The appearance of the film Hotel Rwanda marks the coup de grace in the long process whereby the facts, the ugly realities and dirty details of what really happened in Rwanda have been distilled into a neat and tidy story that proliferates in the media, in film, in literature, at seminars on genocide and workshops on reconciliation, and it is the predominant discourse in academia. Quebec journalist Robin Philpot calls it “the right and proper tale.” [12]

I haven't seen the movie yet...but my understanding is that the Raoul Peck movie (which I have seen), Sometime in April, is a superior version of the events in Rwanda. 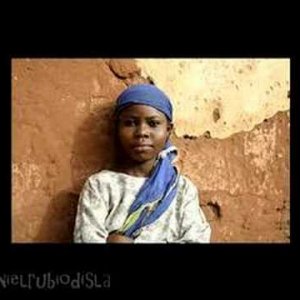