Law Forum : Homegrown Terrorists - Could You Be Considered a Terrorist?

This government doesn't care about us LOVING them. What's happening isn't even about emotion. It is and always has been about power and greed.
Click to expand...

You know you are speaking to me! ... lol ... and in all seriousness, if i'm this way, no doubt there are others of us just like me! They play that "love / emotion" card ... "They were persons who, for whatever reason, came to view their home country as the enemy" ... using the word "home," focusing my mind's eye there, because home to me, is love ... and i immediately relate it to love ... i called it love ... and then began addressing why i can't love them ... when it is not about love at all !!! ... whew!

NNQueen said:
They are bound to insure some level of blind obedience from us. Can we be categorized as terrorists? What's the difference between a terrorist and a revolutionary? I guess the answer to that question has never really mattered to these oppressors and never will. No one but us cares what we do as long as whatever it is, is never contrary or in opposition to the oppressors mission nor will we be allowed to be a threat to their control.
Click to expand...

Sister ... you are sound'n mighty revolutionary in da 'bove paragraph ... lol ... hahahaha ... under da circumstanceseseses ... you might wanna tone it down some ... I LOVE YOUUUUUUUUUUU ...

You know though Sister Queenie ... this makes me think of something we were discussing in voice chat recently, i'm sure as a direct result of this new racial profiling opportunity created ... well ... we were talking about how we should have "Bail Funds." I mentioned in chat how one of our Dear Beloved Brothers has this for him and the Brothers he works with. I surely hope i'm not referring to the name in error, but yall get the jist. I was so surprised and kinda taken aback ... in an awe-inspiring way ... when i heard him mention it. I don't believe we've ever discussed it beyond him saying it in passing ... but i was moved! I'm so proud of him!

I don't want to post his name because this may not be something he wants everyone to know. If he reads this and decides to share, that would be great.

Better yet ... can we create our own bail bond company? Do we have any bail bond Sister or Brothers in that business? What's it take to do?

NNQueen said:
The poor and lesser in power can scramble and fight over the crumbs that they throw, but make sure you don't get too big for your britches and THINK you can demand or believe we have rights to more than that. Black people need to give serious thought to thinking differently about this situation we find ourselves in because it's going to take more than a notion to change it.
Click to expand...

I agree Sister. I think our first course of action, must be to heal first one's self ... then our people ... one person at a time.

Thanks for sharing, it's always a pleasure to read you!

only "love" a massa has for his [wage]slaves is strong enough to work, but only just - shrubya&co still use the same rules cause nothing has changed; just prettier paint!

some of the words of their very own would be useful to remember; something about .. dang, i forget, but the "punch line" is "deserve neither" - franklin?? and other words from that era.

if/when the "people" start talking about "shhh! don't even joke like that!", even in a "merely teasing" vein, the battle is lost ...


ONLY necessary course of action: Heal One's Self - at which point, given that "our people" are a collection of "One's Self"s, "it's supper time!"

don't think no further than that; get that first step done, and the rest just falls into place, easy as falling outa tree.
M

The Federal Reserve is the Most dangerus "Terrorist" organization on "Earth"*

As long as we stay sleep to what is really going on and continue to be lost in "Biblical-Myth"..."WE" are just sitting "Ducks" waiting to be picked off one by one as we have become volunters in our own "IN-Slave-Ment"! The Federal Reserve is "Not" a US government agency but is absolutely indipendent and a private corporation who has placed a price tage on you, your children and your childrens children while we are "Sleep Walking" in abject fanticy and illusions of false white superimist (federal reserve) controled "Religions".
http://www.worldnewsstand.net/today/articles/fedprivatelyowned.htm

We are looking every ware except the correct place to find our path to liberation when we over look what is and always have been in control of our Spiritual lives as well as every thing else...hence "We are still Slaves to the system of white superimacy" until we wake up! http://www.save-a-patriot.org/files/view/whofed.html

As far as who is a terrorist?? The real and true "Terrorist are those who coined the phrase...the Government and its Agencies". Any one who speaks out is the "Enemy" to the system of "White Superimacy"...so what one are you? Are you theirs or are you claiming yourself for your self and people the way it must and will be? If you are claiming your self determination and liberation then you are concidered a "Terrorist"! http://www.brillig.com/debt_clock/

MIAMI (AFP) — A US judge declared a mistrial Thursday in a case against six alleged homegrown terrorists, while a seventh defendant was acquitted of charges of plotting with Al-Qaeda to bring down the US government.

Shortly after judge Joan Lenard granted a motion for mistrial, prosecutors said the Miami case would be retried on January 7.

The jurors unanimously found one defendant, Lyglenson Lemorin, not guilty on all four counts but said they failed they were deadlocked over the other six men.

The defendants, known as the "Liberty City Seven" after the predominantly African-American Miami neighborhood where they lived, were accused of conspiring to provide assistance to Al-Qaeda, conspiring to carry out acts of terror and conspiring to bring down the US government.

US prosecutors claim that conspiracy included a plot to blow up the 108-story Sears Towers in Chicago and other buildings, and shoot any survivors.

The defense maintained the group had merely tried to scam Al-Qaeda, but instead ended up being conned by paid FBI informants, one of whom posed as an envoy of the terror network's leader Osama Bin Laden.

The government's case centered largely on secretly-taped video footage of the defendants pledging an oath to Al-Qaeda, in the presence of an undercover FBI informant posing as a member of the terrorist network.

Prosecutors said the whole plot was discovered after a man who had recently left Miami for his native Yemen called the FBI to say the leader of the Miami group had asked him to get in touch with Al-Qaeda.

The man was flown back to Miami, infiltrated the group and later brought in another FBI informant, who posed as an Al-Qaeda member.

The defense team insisted the informants, who were paid a total of 100,000 dollars, planted the idea of the attacks, and that the cash-strapped defendants feigned interest in the plot, hoping to get money out of Al-Qaeda.

When the seven were arrested in June 2006, the FBI admitted they did not have the means to carry out the attacks, calling the alleged plot "more aspirational than operational."

A Miami Herald editorialist recently called the case "a bittersweet farce" that offered the illusion authorities were making progress in the "war on terror." Columnist Ana Menendez dubbed the defendants "bumbling jihadists."

The seven men are members of a faction of the Moorish Science Temple, a sect that mingles elements of Christianity, Islam and Judaism. 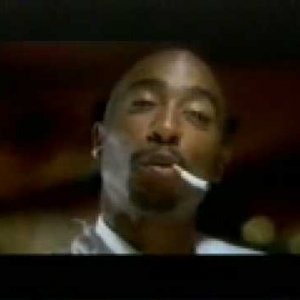