Black People : Hoax at the Capitol - When Hollywood Meets Government

D.C. Police Opening the Floodgate
*
First, let’s start off with how the government wanted those people in the building, and let those people in the building. In other words, it was planned. Second, I’ll show you that it was not only planned, but the shooting was a hoax.
*
And even if it wasn’t a hoax, common sense should have told you the so-called siege was planned, staged, and they let the people in - they wanted it to happen. You actually think unarmed people could storm the Capitol like that? Seriously? People climbing walls and everything? Seriously? You really think that can happen without the government wanting it to happen??? Oh, but they already had the excuse ready for you, it was because they were white. Lol. And you actually believe this? You actually believe that white people can storm the Capitol and make it to the rooms these people made it to without being gunned down? That’s like saying that if a white person tried to kill the president, the Secret Service wouldn’t do a thing because that person was white. Seriously?
*
It’s not because they were white, it’s because it was desired. It was planned.
*
It’s just like that so-called city Chaz. You actually believe people can take over several blocks of a city and create their own city? You actually think that can be done without the government wanting it to be done? Seriously?
*
And then there were articles, Youtube videos, statements from celebrities, and memes on Facebook put out around the same time that compared this response to the response to BLM. And now even Joe Biden has made remarks about this. How can you not see that you are surrounded by a system of mind manipulation?
*
BLM? BLM, a bunch of paid protesters from all over, most of them white? That BLM? The BLM who the government lets destroy city after city while the media is used to paint them as innocent, peaceful protesters? That BLM? And then when white citizens or white militias try to protect their property and cities from BLM and other paid protesters/destroyers, they’re labeled racist and white supremacists by the media. And then when black people try to protect their property and cities the media says they’re protecting it from violent white protesters, fueling the racial tension and placing the blame on whites, not the actual paid protest groups (like BLM or Antifa). And I have videos for this. And I also have videos that show that the government and media favors BLM. So, the government shows how much they favor white people by allowing BLM, a mostly white group of paid protesters, to destroy white cities and businesses?
*
In addition, it’s been revealed that several of the main people inside the building were actually from BLM and Antifa, the paid, totally controlled protesters who destroy property.
*
Here’s something extra:
Police escort Antifa & BLM to Trump rally 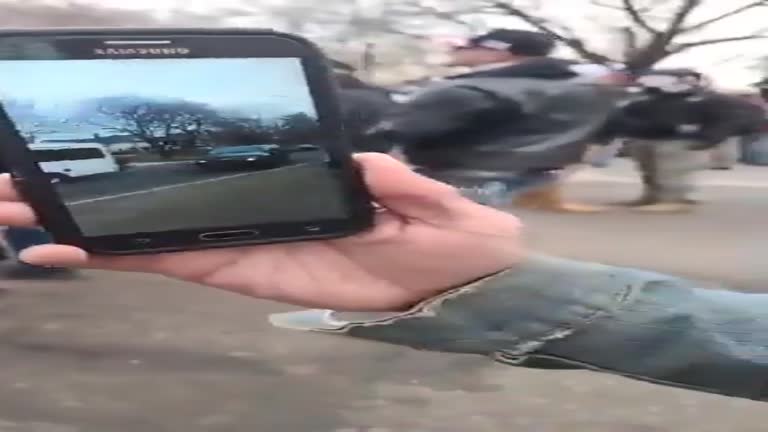 153news.net
*
*
The other propaganda essentially states, “If they were black, they would have been shot.” What, like all those black people who, if you checked unedited videos not given to you by the media, caused themselves to be shot by officers, or the many more whites who are shot by officers but NEVER shown to you by the media or Facebook??? Is that what you’re saying? And so, you’re saying that this new idea (propaganda) connects with, and functions through, the propaganda the System previously installed in your mind? Got it.
*
*
*
Take a look at this video. He makes some of the same points!
*
YOU’RE BEING LIED TO! PROOF THE CAPITAL BUILDING “INSURRECTION” WAS A SET UP!!!
*
- 2:57 – When I first saw this I knew that at least this part was totally fake. It was horrible acting, and no one protecting the Capitol would fold like that. They would give their lives and take lives. And looking at this now, my question is: Who is filming this? How did the person with the camera get in and behind the officer to film this? The mob is outside the room. Lol. It’s a scene in a movie … a bad movie.
*
*
*
Now watch this next one critically:
*
Longer video of Ashli Babbitt's Murder
*
- There are 3 guards in front of the door doing nothing. You really think that guards working this building would be trained to react this way?
*
- 1:07 – Notice how he had already started turning the camera towards the stairs. How did he know the police were coming up?
*
- There are 3 guards at the door, and the officers that came up the stairs came up with lethal AND non-lethal weapons. And they didn’t do a thing either. You really think that’s a normal response to what’s going on?
*
- 1:42 – “They’re being evacuated for their own safety.” Lol. They were helpless against 2 or 3 unarmed people breaking down a door. Lol.
*
- 1:54 – Watch the guy in the black shirt and grey backpack. Look at his horrible acting.
*
*
*
Take a look at this next one, but first mute the video. And you’re going to have to restart it again and again, right before the “shooting,” to see what I point out.
*
RIP Ashli Babbit (Viewer Discretion is Advised)
*
- Look at her feet while she’s standing on whatever she’s standing on. You may be able to notice that she doesn’t fall straight back (this can also be seen in the other video), she steps off. And then she lands feet first and ends with backpack/cushion. And her legs stay bent with her feet flat on the floor. How unrealistic is that?
*
The first 20 seconds of this will give you an idea of how this is done without a backpack/cushion:
basic stunt falls tutorial

*
- Watch the people’s response to the gunshot, it’s slow and no reaction at all. If this situation was real, how do you think those people would have reacted?
- Watch her face and neck from the moment she hits the floor, how there’s no blood. Then watch how the camera pans up, taking her out of frame, then pans down and then there’s blood.
- Watch the officers that came up the stairs. You really think that’s the reaction officers would have in that situation?
- Watch the one officer at 0:22 and keep watching till about 0:29.
*
*
*
Let’s take another look at our “victim”:
*
Trump supporter shot in Capitol 2 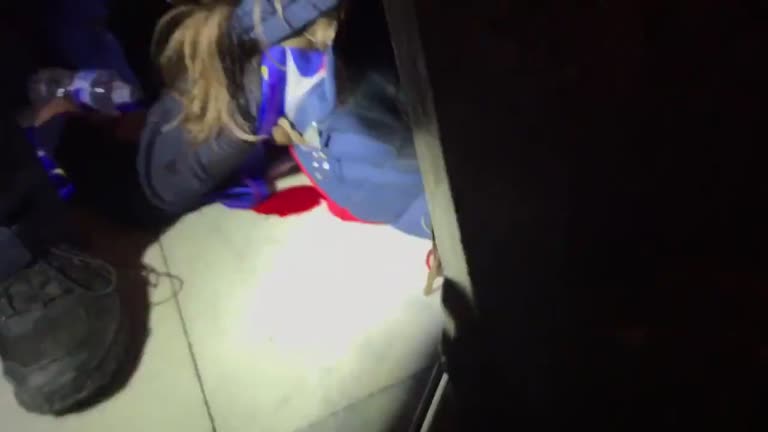 153news.net
*
Shot in the neck, blood coming out of the nose and mouth, meaning blood in the airway, but she’s not gasping for air, choking, or coughing up blood. And it doesn’t look like she’s bleeding, it looks like she bled.
*
Compare that to this (*Warning … graphic):
Portland Oregon Just Got Real 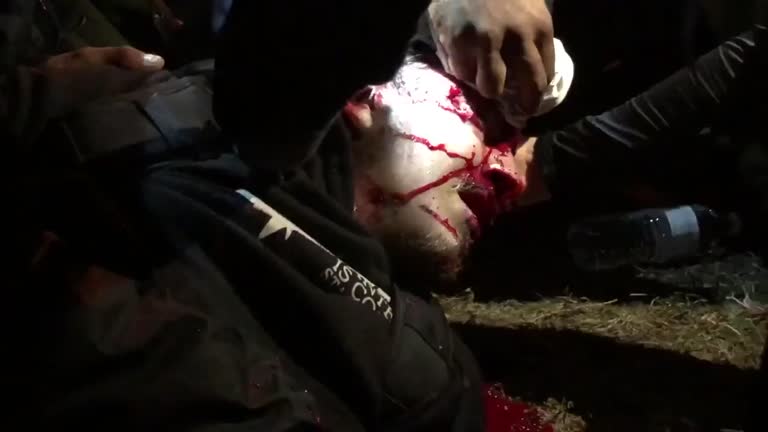 With all those clots of blood coming out, I am not sure how long this guy could live.

https://youtu.be/fwNNZ3E0uY4?t=101
*
Watch until 2:12, unless you want to see how this is done digitally.
Stranger Things Eleven style nose bleed tutorial 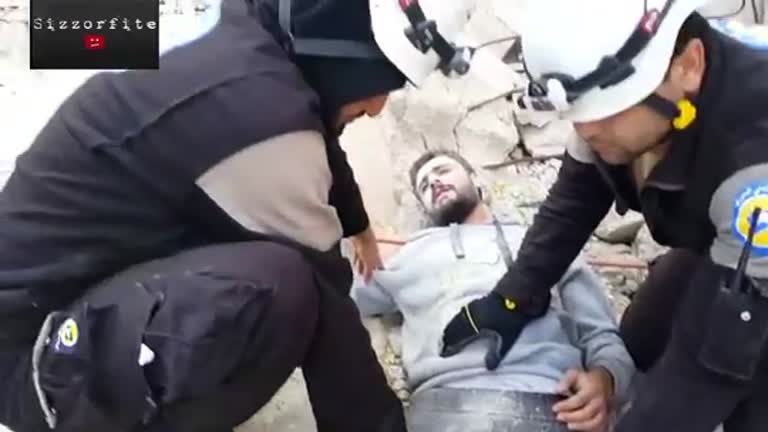 Government? Speaker Pelosi and most Democrats did not side with the rioting mob.

Only Republicans did. And there were some notable exceptions.

So, it was not the whole government. Or Biden/Harris supporters.

Even the majority of Capitol Building police did not try to appease the domestic terrorists. One was killed and many others were seriously injured trying to protect legislators.

But the mostly White Supremacist mob definitely had sympathizers among the police.

Do you remember when they tricked/enticed black people to hit the streets and protest after the George Floyd incident, and then when black people went out there they had paid protesters come in and destroy things, and even had pallets of bricks planted? That’s pretty much what they just did to Trump supporters who went to the Capitol. They sent in the paid protesters and individuals to create chaos, and to carry out a shooting hoax. FYI: I don’t support any side. They are all controlled.
*
Trump Supporters Stop 'Antifa' From Breaking Into Capitol | NTD
*
*
*
What We Know About The Washington DC Capitol Building Raid & Who Benefits
(1/7/21)

Who's the "they" who enticed Black people to legitimately protest over the murder of George Floyd?

Some of the protests unfolded differently. I have no doubt Boogaloo boys and other White Supremacists infiltrated some protests and their actions led to violence, looting and arson.

There is a video of a White man carrying an umbrella who calmly broke the windows of an AutoZone store in Minneapolis. The building mysteriously burned that night. The dude was exposed as a White Supremacist, according to police. 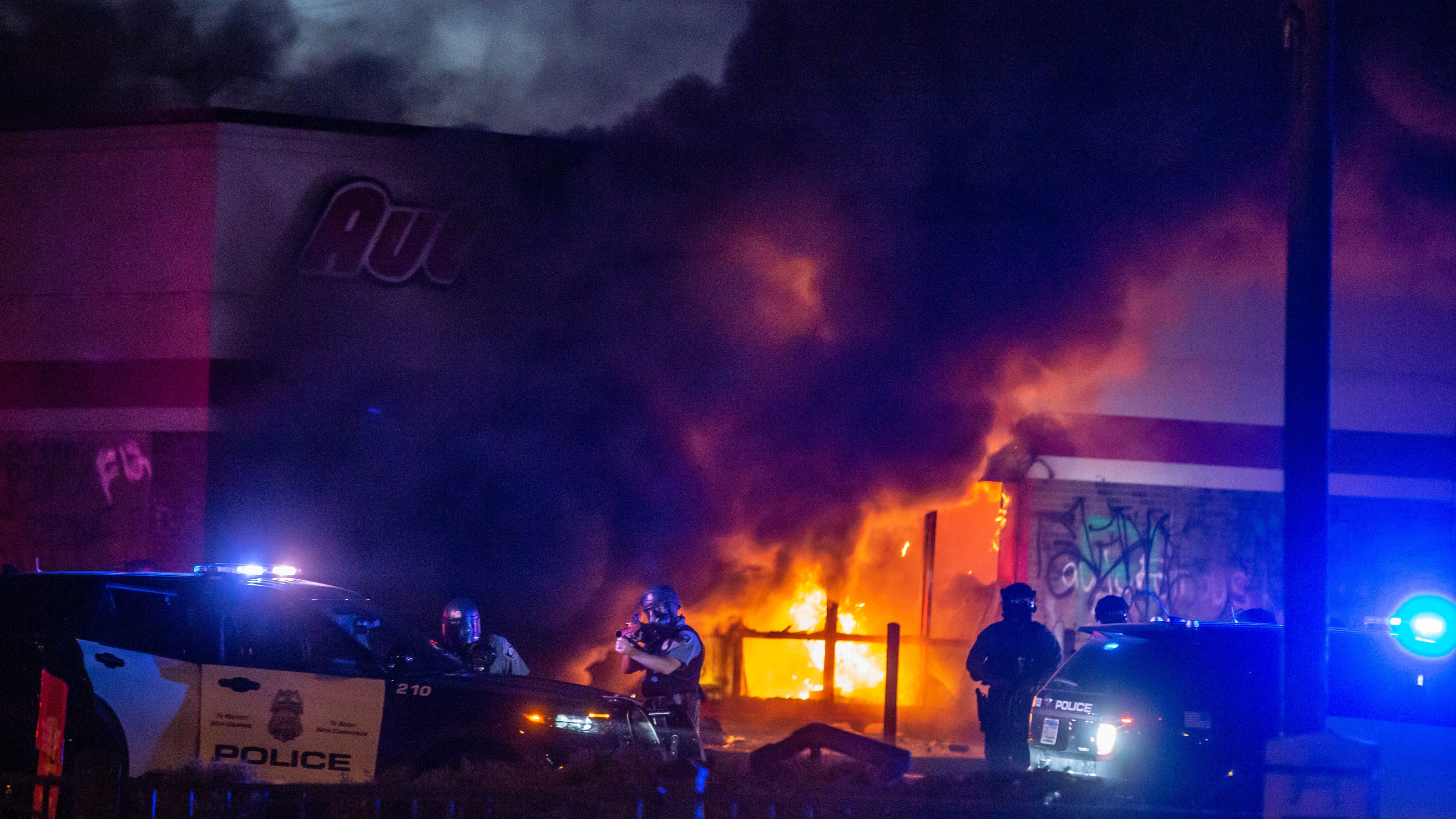 The man, police said, “wanted to sow discord and racial unrest by breaking out the windows." His identity has not been released.
www.usatoday.com

Here’s some of the aftermath. This is part of what they wanted, why they did it.
Synthesis > Anti-thesis > Synthesis (Problem > Reaction > Solution)
*
Watch 3:04 - 1:07:25
The Orchestrated “Insurrection” That Wasn’t & Experts Say Lockdown Harm '10x Greater' Than COVID 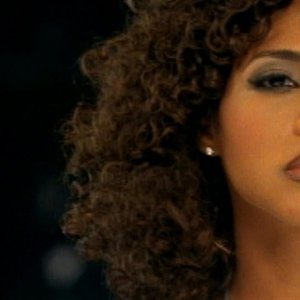