So tell me my beloved, is anybody listening, when Dr. Graves says that the
HIV/AIDS VIRUS is a product of intentional developed by those who now
control the world Health organization, supervised by the United States of
america.

Is it so hard for Black Folks to comprehend that such an alleged act by the
united states could be true?

So you ask, what is so important about knowing who created this devilish
Aids virus and you go on to say, the important thing is to find a cure.

Well I will tell you what is so important in knowing who created this evil
HIV/Aids Virus, first it will tell you something about those who
participated in such evil once again, an evil that seem to target the Carbon
Afrikan Nation, just as Dr.Graves has so forcefully claimed.

Tell me, who is it that Africa now look to for salvation from the Aids
Virus?

Is it not the same entity that is now being singled out as having a part in
creating this devilish virus call HIV/AIDS?

WOULD YOU ALLOW DR. FRANKENSTEIN OPERATE ON YOU, KNOWING WHAT HE IS CAPABLE
OF DOING TO YOU ON THE OPERATING TABLE?

How weak and submissive have we become to a proven liar and a deceiver to
the Carbon Nation and yet we rather obey the devil than to have confidence
in one of our own, Dr Graves, who states so emphatically that the United
States was and is a party to the creating and manufacturing of the devil
virus call HIV/AIDS VIRUS and he so claim to have proof that support his
claim and he goes a step further by stating there is a cure already
available.

Yet the targeted victims, the Carbon Afrikan Nation of this deadly devilish
virus, HIV/AIDS, have yet to make a sane and concerted effort to summon
Dr.Grave to Afrika and confer with him or condemn him by having the ability
to discredit all that he so claim about this devilish virus and the United
States.

Yet we rather plead, beg and wait on those who have been targeted by Dr.
Graves for having a hand in causing the death of the Carbon Afrikan Nation a
t the evil bite from this devilish virus call, HIV/AIDS VIRUS.

What a foolish nation we have become, as we refuse to acknowledge evil,
bought to our house by the very one we so humbly worship and fear at the
same time.

Black Woman and Man, Afrika is dying, from the lack of your ability to
condemn the lie and elevate the truth,so that we may walk a path that is
favorable to our Black Life.

Let all of you so call Black intelligentsias, gather at an agreed place in
Afrika, so that you either show the ability to condemn all that Dr. Graves
say about this devilish virus, HIV/AIDS, or shut up and come to the aid and
support of the carbon afrikan nation by supporting Dr. Graves.

It is a small and wicked Nation, who rather see a Nation die, than to
acknowledge a brother truth about our oppressors and the truth is, they are
killing us with this devilish virus call HIV/AIDS.

It Is Time To Condemn The Lie And Elevate The Truth !!!

It Is Time To Cause Trouble Until Our Liberation !!!

If this truly is the case, then they are hurting their own race because whites are sexing blacks left and right. If there is a move to keep our numbers low in population (as if we need any help), there will surely be a huge backfire from this. I am aware of the original intention in Africa and this to me is very said. It is indeed a created virus and it is destroying more of the black race than any other race of people. Thanks for sharing your information. 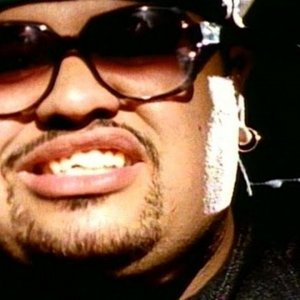