Brother AACOOLDRE : HITLER’S SWASTIKA ORIGINALY AFRICAN/EGYPTIAN: & the business of the name of Isis

HITLER’S SWASTIKA ORIGINALY AFRICAN/EGYPTIAN: & the business of the name of Isis

“In early Egyptian art we find primitive human images in the shape of the “crooked cross” or swastika; thus, again we possess anthropomorphized crosses or crucifixes, long predating Christianity” (Christ in Egypt: The Horus-Jesus Connection p.339 by D.M. Murdock).

The Catholic Hitler didn’t get this symbol from India because they got it from Africa/Egyptian religion. Will they do this to the name of the Goddess Isis?

No one now dares to connect themselves with the Swastika symbol because so much evil was done behind it by the Nazi regime from Germany. Isis was symbolic of healing, motherhood, marriage contracts, virginity etc, etc. now they are dragging it through the mud.

Now they have taken the name of the Egyptian Goddess Isis for a sinister purpose. On the sly tip these evil forces are now working night and day, 24-7 to associate an ancient religion coming out of Africa with Muslim terrorist so-called calling themselves ISIS. They drum the beat in the media every hour of the day for at least the past 2 or three years. They are trying to brain wash people’s heads. They want to kill two birds with one stone and tangle and twist them all together.

Is the media in cahoots with this ulterior motive to discourage the reading of Isis who was the foundation of the NT Mary? Will they succeed in turning the name Isis into a repugnant symbol like they did the Swastika?

If a Terrorist group abbreviated their name as MARY the media would never repeat it because the Catholic Pope is their rock star celebrity. The President calls them ISIL but the media is on some other stuff=White Supremacy. You see some people use their religion for gangster mafia style political, social and economic imperialism while others focus on spirituality.


Note: If you can get your hands on a book called The Isis Papers By Francis Cress Welsing. The book helps explain Cop shootings of unarmed Blacks and their fear of the black male penis and their sperm as threats to their genetic survival. 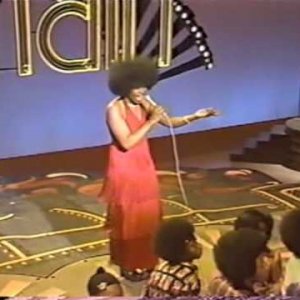