On May 18, 2007, ABC news broke a hidden story about horrors in Uganda, and then they censored and deleted reader’s comments. ABC has deleted hundreds of comments by people horrified by the atrocities who only want to bring the truth to light and help stop the horrible suffering. What are ABC’s real motives? From Darfur to Congo to Ethiopia to Somalia to Kenya—who or what is ripping apart this region of Africa?


On May 18, 2007, ABC News “The Blotter” posted a story titled “Secret Photos Reveal New African Horrors.” The short ABC web clip describes in unusual candor—for ABC—the hidden war and horrors in Northern Uganda. The title suggests that it is a “new” conflict, and yet another “African” conflict. Is ABC sincere in their reporting? Or is this just another propaganda campaign narrowly controlled to serve private profits?

“Documentary filmmakers in Uganda were subjected to intimidation and coercion and were the victims of break-ins while attempting to film what a former U.N. official calls “Uganda’s secret genocide” in the northern part of that country,” the ABC Blotter report begins. “The filmmakers say these threats came from Ugandan officials and secret intelligence organizations there.”

The story goes on to describe how an American film crew was reportedly robbed of footage and equipment as the photographers documented the suffering of millions of people, and the role of the Ugandan People’s Defense Forces (UPDF) and Ugandan government officials in perpetrating massive atrocities, war crimes and crimes against humanity.

The ABC report calls it “Uganda’s Secret Genocide,” a remarkable revelation in a world attuned only to the crisis in Darfur, Sudan, a place not so far away from Northern Uganda, and one involving some of the same combatants.

“The Ugandan government says it created refugee camps,” ABC reported, “for displaced people who were victims of a violent, ongoing civil conflict with a rebel group from the north called the Lord’s Resistance Army (LRA).”

Like Somalia and eastern Congo, the wars in Darfur and Northern Uganda are prosecuted for the same reasons: petroleum, gold, land—and other natural resources. There is money to be made, indeed, and the Uganda government is depopulating the land to make it easier. But this has been going on for years. Out of sight, out of mind. But absence makes the heart grow fonder.

While the war in Darfur is always described as a genocide by Arabs against black Africans—and never a “war” by competing factions—the war in Northern Uganda is almost never described at all. This is also true of the multiple fangs of conflict in Ethiopia, where the U.S. backed government of Meles Zenawi is committing genocide against indigenous people, the Anuak minority and others—but it’s completely out of the Western news. The AID for ARMS scandal in Ethiopia has seen hundreds of millions of dollars of weaponry purchased—and used—by AID dollars. This is a country of starvation, drought, and famine—and now the largest standing military in Africa, serving the interests of the Pentagon. The United Nations, UNICEF, everyone is silent.

The Darfur story receives massive press, but the Northern Uganda story has been in complete media whiteout. Like the millions of people at risk today in Somalia, where hundreds of thousands of refugees are on the move today due to a U.S. backed insurgency there, the war in Northern Uganda is off the agenda. The Darfur story has been running for about five years—an outrage where nothing happens to stop it—while the Uganda conflict has been running for more than fifteen years.

In the mid-1980’s today’s President of Uganda Yoweri Museveni seized power in a bloody conflict. Fighting alongside Museveni were Tutsi soldiers who would later go on to overthrow the government of Rwanda, in a low-intensity conflict that began in October 1990, and culminated in the spectacle of the Rwanda genocide of 1994. Powerful corporate, intelligence and defense interests from the United States backed both insurgencies.

But Museveni is someone’s “Golden Boy,” just like Uganda was always Britain’s “Pearl of Africa.”

President Yoweri Museveni has controlled Uganda for more than 20 years in a one-party dictatorship friendly to powerful corporate interests predominantly from the United States, Britain and Israel.

For years Museveni’s low-intensity war against the Acholi people has waged on, completely out of sight, while the army of Joseph Kony—the evil Christian forces of the Lord’s resistance Army—was the only party ever accused of anything. The LRA is purported to be a rebel army opposed to the Museveni regime, but this is a convenient ruse that serves the dictates of a permanent warfare economy. 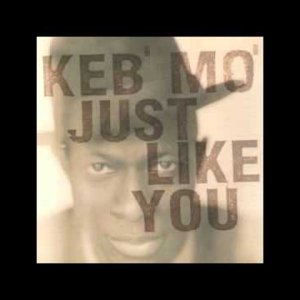