Black People : HEY, YOU GET OFF MY MOUNTAIN!!!

Have you guys ever heard the phrase, "you think you all that!", and "you think yo' ish don't stink", and so forth??? Well, I've heard that stuff before, and humble cat that I am, I denied it, and became apologetic about it, and you know the rest... Maybe, about 30 years of age, I decided that I would stop apologizing for being "all that", and "you think you so cute", and say "yeah, I do, and what's wrong with that?!"

Uh, huh, what's wrong with thinkin' you're all that and a 10-pound bag a patata chips(that's a lotta chips!)??? Why folks gotta rain on folks parade, humble and humiliate them, because their outlook on life is cheerful and positive, and confident??? What's da **** deal with folks tryna take the air out from beneath another's cloud??? Is it because some of us are so filled with self-loathing, and a lack of confidence in ourselves that we cannot stand our image up against the human being who so fine they wanna jump back and kiss themselves???(smile!)

Personally, I want to see folks full of themselves, but in a sincere manner... So long as they're not FRONTIN' like they're all that, but truly feel that way about themselves, I'm fine with that... One of my eldest children gets annoyed at seeing her youngest sibling have this attitude of the world is her oyster, and the sky is the limit, and "I'm a bad woman!!!"(Laugh!) She doesn't dig her bravado, and her brashness, but I see a little ALI in her, and I just be sittin' doing the Bundini Brown thing with her(yeah, champ, rumble young girl rumble!!!)... I try to tell her elder sister that it's about substance, not style, but she can't see she can be just as arrogant and effusive as her baby sister... In fact, they're two of a kind, cut from the same darn cloth, and that's why they can't see eye to eye on nothing, and she can't see herself in her sister(smile!) She's one of a kind, and lil sis is stealing her thunder, or something...(smile!)

Confidence, poise, inner-belief, self-possession, self-determination, humbling oneself to GOD, not other human beings... What is wrong with that??? Why must we prostrate ourselves before our fellow human beings before they are satisfied... Everybody is SOMEBODY, only a lot of somebodies out here have not been taught to BELIEVE in themselves that way... What are you guys opinions about this??? How do you FEEL about yourselves??? Are you guilty of tryna knock people off their clouds???

I think in some cases it's more of an issue of jealousy than the person actually being arrogant or self-absorbed. Regardless, it's good to have pride in oneself... a healthy self-esteem is able to find value in oneself without degrading others. If you're treating others right and they want to say that about you, then I say, **** 'em.

I think in some cases it's more of an issue of jealousy than the person actually being arrogant or self-absorbed. Regardless, it's good to have pride in oneself... a healthy self-esteem is able to find value in oneself without degrading others. If you're treating others right and they want to say that about you, then I say, **** 'em.
Click to expand...

Especially when I'm personally told "you think you know everything", or "you act like you have all the answers"...... Usually a person who would say that sort of thing is lacking in those qualities themselves. My presence alone obviously must remind them of what they themselves are lacking.

I usually take such absurd statements with a grain of salt, and dismiss them (the statements, as well as the person who made them).

Well, I've always downplayed some of my abilities because I catch too much flack otherwise.

It becomes a matter of how much of my life do I want to spend fighting or defending when I can just pretend to be like everyone else and not stress myself.
I

Occupation
PD for a Non Profit

I've heard people say those things as well. I'm a fairly nice, respectable, intelligent, attractive woman. I'm not conceiting by any stretch of the imagination so when people would so those things I too, like Riada, would downplay;however, now you can have that issshhh....

i will no longer apologize for taking pride in my disposition or appearance.... 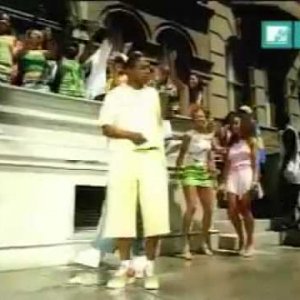