Black People : Here Is What Er Must Do

I need your help. destee.com will be 25 years old in October and I don't know that we'll make it. It is hard to keep us alive right now. Our costs have only increased over the years. We have all put our love into this community, but love is not enough to keep the lights on. destee.com needs your financial help too. We are the oldest, most respectful, online black community in the world. Please help us remain. Click the Donate button below or CashApp $8664destee - Thank you.
Donate
C

You know, when you are a Free Thinker And A Freedom Fighter, You See And Think And Analyze Things Differently that concern Black Afrikan Pep[le.

There is only One Issue that has the Black Afrikan People in the state of living condition we are in this racist world, the issue all of your phony so-called Black Activist leaders avoid and refrain from holding up to Black Afrikans as being the solution to Afrika and Black Afrikans problem, that One Dynamic Powerful issue is Freedom, without Freedom of a Nation of people you have nothing else to fight for that is the solution to the problem you are always complaining about.

Black Lives do not matter and I give less than a **** how loud you shout that it does when your mind is stuck on civil rights equality, which is the same as a fantasy as Jesus is to your Black Behind.

No beloved, our problem is much more profound than that, it is economic that phony *** so call activist Black leaders you have elevated to be that is in wanting of economic respectful status among the white racist, they do not care about your living status in a condition of oppression, so they lie to you so you can look up to them and allow them to parade around the social halls of that white racist pretending to be equal to that racist Luciferian Human Being claiming to be your Black leader.

So my question to you again, Black Afrikan people, are you really qualified to meet the task that is involved in obtaining not civilRights but Freedom for Afrika and the Black Afrikan Nation to be in Afrika???

There is much more that goes with this, but not here on this WWW.Net.

Black People : If Africans desire us to Return, by the Millions they must Battle Corruption the way we battled White Supremacy so they could come here

Black People : Sounds just like a Covid-19 denier on here

Black People : Kwanzaa Is Not ‘Black Christmas’—Here’s What It Actually Is (And How We Celebrate)

C
Black People : Here Is The Reason Why 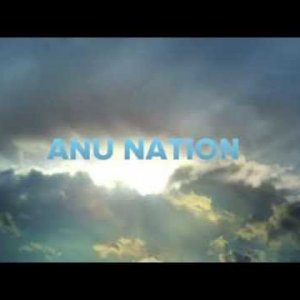