Smokin' Joe Frazier doesn't even know who the world heavyweight champion is - "All these crazy sanctioning belts they've got - do you know who it is?"

But then we only know because it's our job to know - and even we're not sure of the spellings.

Promoter Bob Arum has dubbed Rahman America's "Last Line of Defence". Lose, and it will be a 'Soviet' clean sweep and a bloody nose for Uncle Sam.

"Patriotic, that's what it is," says Rahman. "I need to hold it down for my country. If I lose this fight, I let me down, my family down, my team down and my country down."

Such jingoism has got Maskaev's back up, not surprising when you discover he became a citizen of the United States two years ago.

But in the eyes of the great American public, Maskaev will always be more beef stroganoff than apple pie.

Where have all America's big men gone? Ask eminent trainer Emmanuel Steward and he'll tell you they're linemen in the NFL or centres in the NBA.

"The kids are attracted to football and basketball as they know they can make unbelievable money," Steward, trainer of Wladimir Klitschko and former trainer of Lennox Lewis and Evander Holyfield, tells BBC Sport.


Eastern Europe is like America was 25 years ago... they're poor and there's fewer other ways out
Former USA Olympic coach Al Mitchell

"A friend of mine, New York entrepreneur Michael King, is going after kids who are considering football and basketball and enticing them into amateur programmes with big money.

"We have to be able to give them money to encourage them to stay in boxing."

Al Mitchell, former head coach of the USA Olympic boxing team and one of America's most respected amateur trainers, concurs.

"There's no retirement fund across the board like there is in other sports," Mitchell tells BBC Sport.

"What I mean by that is, in football and basketball you're guaranteed to get $1m in the first couple of years. So our big, young athletes that used to be heavyweights are going into those sports instead."

Money is the recurring theme in our conversations with Frazier, Steward and Mitchell.

"If America paid the young kids a certain amount of money to stay in the amateur system until they were 22, 23 or 24, you'd see some outstanding heavyweights," says Mitchell, who is now head coach of the US Olympic Education Center boxing team.


"But in America, they're turning pro at 16, 17 and 18, and if you don't get the experience in the amateur system, you're in a world of trouble.

"Amateur boxing is like high school or college - it's where you learn about the real world."

Steward adds: "The American amateur programme hasn't even had enough to send fighters to some international tournaments.

"And because there's no money in the amateurs, they're turning professional so quick and the kids aren't getting the experience they need.

"I predicted the next generation of heavyweights was going to come from Europe because it's still very prestigious to win Olympic medals there and they stay amateur until 24 or 25.

"And the European system of teaching the basics of boxing is superior to America. Wladimir Klitschko's basics are so much better than American boxers."

Frazier, world champion for three years in the 1970s, agrees poor schooling is the main reason Americans are struggling at heavyweight.

"These guys don't train right," the 62-year-old, who was trained by the great Eddie Futch, tells BBC Sport. "Some trainers today have never had gloves on in their lives.

"Back in the old days, trainers would know the fight game and know what to tell the guys to do. With boxing more than any other sport, you really have to know what you're talking about."

There is, of course, a rather more prosaic reason why African-Americans, the mainstay of the heavyweight scene for the last 50 years, are no longer filtering into boxing.

As Mitchell explains: "There are so many ways to get rich in the United States now. When the Irish, the Jews and the Italians first came over, they all went to boxing.

"But once they got into the system and learned there were other jobs and other ways to make money, they didn't do that any more.

"African-Americans are doing the same thing now. In the wider scheme of things it's a good thing. But it's a bad thing for our sport.

"Eastern Europe is like America was 25 years ago. The people over there are poor and there's fewer other ways out.

"Here in America, even poor kids are going to college and saying 'I don't want to get beaten up, it's not worth it'."

Indeed, Frazier, who worked on his father's farm from the age of seven, has more in common with Maskaev, who did much the same back in Kazakhstan, than Rahman, the product of a lower middle-class family from Baltimore.

The immediate future of heavyweight boxing across the Atlantic does not look good.

When Rahman, 34, met Maskaev, 37, seven years ago, Maskaev knocked him into the lap of a television commentator at the Convention Hall in Atlantic City.

It would not be a big surprise if Maskaev repeated the feat this weekend.

More worrying, there are no fighters under the age of 30 in the independent International Boxing Organisation's top 30 heavyweights.

"Every now and again, a Tyson comes out of the woodwork and runs everyone over," says Mitchell.

"But the picture now looks bleak and it will stay that way until they find a way to hold on to the young kids."

Frazier agrees: "I don't see anyone who's going to bring back the glory days," he says. "It's sad, but I'm only one of a few voices expressing concern."

Steward, though, reckons he might just have the saviour of American boxing tucked away in his Kronk gym in Detroit.

"I have a kid who will be the next big thing - Isaiah Thomas," says Steward.

"He won the Under-17 heavyweight world title in Liverpool last year aged 16. He's 6ft 4in, just turned 17 and extremely gifted.

"He'll hopefully fight at light heavyweight at the 2008 Olympics and by the time he's 21 or 22, he'll be heavyweight champion of the world.

"Apart from him though, the cupboard is bare."
Click to expand...

ARENT THERE LIKE FOUR RUSSIANS CHAMPIONS NOW? THAT SHOWS LACK OF COMPETITION IN THE HEAVYWEIGHT DIVISION.
P

Therious said:
ARENT THERE LIKE FOUR RUSSIANS CHAMPIONS NOW? THAT SHOWS LACK OF COMPETITION IN THE HEAVYWEIGHT DIVISION.
Click to expand...

Unfortunately yes, there are 4 Russian belt holders (something I was avoiding writing about), and I think that they as a group will be in control for the foreseeable future. The sad thing is these Russians aren't that good (I think a prime Lennox Lewis would mop the floor with all of them), but the current group of black heavyweights are even worse. The top black heavyweight contender is Calvin Brock, who is too small to seriously compete against the bigger Russians (Valuez who is 7' 350lbs, and Wladimir Klitschko who is 6'6" and 250lbs); although I give him a chance against the other two. The major problem is that black people seem to be abandoning boxing as a serious sport, much in the same way blacks have abandoned baseball. When you think of great heavyweight champions: Joe Louis, Muhammed Ali, Larry Holmes, Mike Tyson, Evander Holyfield, and Lennox Lewis. All of these guys have extensive amatuer careers. They started learning how to box at the age of 12, and in some cases even earlier (Holyfield started boxing at 9). When these guys started turning pro, they already knew how to fight. Today's black heavyweight is lacking in this experience, this is the era of the "failed athlete" meaning these black heavyweights tried basketball and weren't good enough to make the cut....they tried football and weren't good enough to make the cut....so they decide that they can try boxing in their mid to late 20s. These failed athletes enter the sweet science thinking, "How hard can throwing some punches be?"; when they reach the elite level and start fighting boxers who have been fighting since they were pre-teens....they find out the hard way why boxing is the 'sweet science'. Quite simply they don't have the experience or skills to compete because they don't respect the sport of boxing, unlike these Russian heavyweights who all have extensive amatuer experience (the former Soviet Union has one of the strongest amatuer programs in the world). I'm sure we'll reclaim our top spot, it has been 47 years since there was no black heavyweight champion (when Floyd Patterson got KO'd by Ingemar Johansson in 1959...a title he reclaimed one year later....and we've ruled ever since) this was a proud legacy which I honestly though would last forever. I certainly didn't think it would come to an end in my lifetime, and since boxing is my favorite sport, this is hard to take. However it is the reality for now...hopefully some young brother is watching and will decide to lace them up!

I peeped that too

I saw the for russians standing there on Hbo and was trying to fiqure out where was the black heavy weights myself. In my opinion let them have the title gifted brothers are now smart enough to make intelligent decisions based on thier health and economic status and not just taking the first chance to get out of the hood. Bravo to them for choosing an alternative method for supporting themselves besides getting your head bashed in without anything promised for the future! Besides there is nothings left to prove in the realm of boxing or any form of competive sports for that matter!
D

The heavyweight division isn't all that good to begin with. I'm not trying to take away from the four titleholders but this isn't one of the greatest moments for heavyweights. I don't even watch heavyweight fights alot of times. 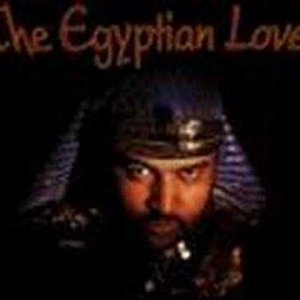