Black People : Hear This And Believe It Not, But Know What Is Divinely True Concerning That You Know Not!!!

Hear This And Believe It Not, Concerning Nine Physical Beings Termination Of Living Life, The Kobe Congregation Tragedy.

Let Fate, The Unknown Have Its Way And Stop Trying To Guess What You Do Not Innerstand, Beloved!!!

The Theory is now being floated around using no Divine Reasoning that informs you that everything that happens to the physical Being Living with an ability to make choices need not have a reason for happening, it is the conclusion of the act that verify the reason, which does not correspond with the profane way we have been conditioned to teach a summation for the reason something that has to happen that defy the normality of our emotional acceptance.

Kobe and Eight other physical Beings were in possession of the same energy phenomenon, Motion of Live, one no more different from the other in its performance to the physical body, which is the motion cycle to living life in the physical.

So, that morning when all the Nine gathered to board the Helicopter for purpose to be transported from one point to another designation, the same Law Of Nature applied not based on who was on the Helicopter or what their Social Economic Status Might be, the Nine faced the same consequence that comes with Flying and in this case, choice produced consequence so what happened to the passengers on that Helicopter Kobe was a passenger of, happened to Eight other physical bodies who were there because of the choice each made to be there at the same location and at the same time to become passengers on the same mode of transportation that was to carry each of them to their same destination.

The question is, do you adhere to the reasonable logic that the event that took place from a choice made by nine people at the same time was to be the target of a conspiracy to kill one of the crew, you must kill eight?

There is no such event of happening as an accident, Fate?

Well that comes with living and the assurance of the termination of such an event without premeditation, we live at and for the Moment, and we will die at the moment of such an event occurrence and there is no God involved in causing such an event to take place, ll is done on the power of Choice which is of the Freedom of decision-making pertaining to the Life given to you to live and you being in the physical with all the instruments that have you in the physical to be a physical Intelligent decision-making choice-making Being.

The Crashing of that Helicopter was done so based on Choices and Decisions made that affected Nine people making choices Living opportunity, and the cycle of Time involved in determining the length of Living Time that was Timely prescribed to be for those nine people end Time to Living, an occurrence the Greater Good-God the Divine Essence Of Us All Does Not prescribe, nor extend, such be the fate of Time action, beloved.

May The Gods Of Everlasting Eternity Continue To Be The Divine Ancestors Of Us All In Need Of Freedom, Justice, Independence. 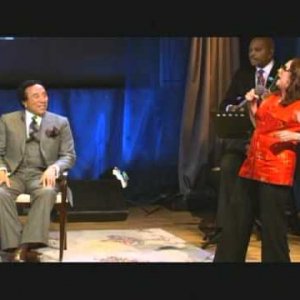