When the rebellion against Libya's Muammar al-Gaddafi erupted, the African Union registered its concern and called for circumspection while making moves toward a non-violent solution other than the current international military operations against Libya. The AU condemned the Gaddafi government's over-reaction and feared that any intransigence would worsen the crisis in that country. Specifically, the AU opposed any military operation by foreign forces in Libya. Unfortunately, however, the AU's voice was not heard. Libya is now a sad case of a still-born diplomacy.

The fact that the proponents of this international military operation didn't respect the AU's voice or stance on the Libyan crisis leaves a sour taste in the mouth, especially when viewed within the context that Libya is in Africa and is a staunch member of the AU. Why isn't any reference being made to the AU but rather the Arab League in the search for moral justification to continue pounding Libya?

The three African countries that supported the UN Resolution 1973 (Nigeria, Gabon, and South Africa) seem to be mere pawns in the military game of the International Coalition. Their decision to support that resolution, however, gives much cause for concern. Moral justification for what they did is difficult to find except that they bought into the general call for Gaddafi to “go.” My contention is that they betrayed the African Union's cause and must bow their heads in shame.


"The position of the AU was completely disregarded by the UN Security Council, which paved the way for Resolution 1973 to be endorsed by 10 of the 15-member Council to warrant the devastation now going on in Libya. By endorsing this international military action against one of their own, Nigeria, South Africa, and Gabon have given the AU a bad name in international circles."


"Omar Bongo ruled Gabon with an iron fist, which the West knew very well but did nothing to curb. France, which is now in the thick of events that are crippling Libya today, opened its doors to Omar Bongo and glorified him. His death hasn't solved the problems of the Gabonese citizenry because the baton has been passed on to his son to perpetuate the Bongo legacy. What justification, then, does Gabon have to join forces against Libya even when the AU strongly opposes such a military option?"

I don't know the internal reason why SA and Gabon would support UN.. however in Nigeria's case... if you factor in the Qaddafi's call for the Nigeria to be divided, due to the situation going on in northern Nigeria.. (rebels are pro -Arab and pro- Qaddafi) then you can see why Nigeria's Government(who are not majority Hausa) would want Qaddafi out of the game.

"With the persistence of the rebellion by militants in the Niger-Delta Region, Nigeria has a big problem that the Federal government hasn't been able to solve for many years now. How will Jonathan Goodluck feel if a coalition of foreign governments decides to launch attacks in support of those rebels (whether the Movement for the Emancipation of the Niger Delta or the late ken Saro Wiwa's MOSOP)?"


"Known as a major power in the West African sub-region, Nigeria was the first country to push for a military action against the Ivory Coast's Laurent Gbagbo; but not getting enough backing, Jonathan Goodluck hasn't yet had his way. Why does Nigeria think that it is good to support rebels in Libya while suppressing the rebellion in its own backyard?"
Share:
Facebook Twitter Reddit Pinterest Tumblr WhatsApp Email Share Link 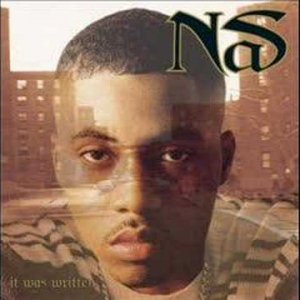