Al D said:
why does mankind have difficulty shedding this side of him if it is not his nature?
Click to expand...

it is the nature of the undeveloped man. most of what you call mankind is spiritually immature. it is easier to remain undeveloped.
the developed man has control over the animal in him. only through spiritual development will the human race survive.

Your nature is unconquerable peace,
therefore nothing or no one in the world can be against you. All experiences come to you to promote your reclamation of peace,
that you may in turn acquire wisdom and spiritual power.

Political ideologies are passe (dead) but the political agenda is not and I feel this it what your comments highlight or alludes to more than anything else.

What is the agenda of all of these countries other than to achieve power, wealth and domination or at the very minimum be a player in the technological, nuclear, and economic revolution. Ideologies come and go, they change as do the seasons.

It is man's primitive if not ( encoded) instincts to conquer and rule and in the process build and provide for it's people adequate sustenance, a degree of comfort and sense of pride and loyalty for their country.

China has more people than it has land and resources which compels them to be extremely prudent and innovative...

China may very well be positioning itself to be the dominant player here as it pours nearly 1.5 Trillion in investments and construction in over 100 countries and 9 regions around the globe and holds America Trillions of dollars in debt. That is a considerable amount of leverage...

Russia's agenda is primarily to regain respect and to re-establish her position as a dominant super power ( henceforth the incursions) and possibly regain some economic stability....

Other countries want a piece of the pie or at least to have some relevancy so, however they can manipulate or negotiate their way in, they will..ie;(Self Preservation)

As to the article by Feifei Wang on values, this excerpt from William Durants book The Story of Civilization says it all;

Greed, acquisitiveness, dishonesty, cruelty and violence were for so many generations useful to animals and men that not all our laws, our education, our morals and our religions can quite stamp them out; some of them, doubtless, have a certain survival value even today. The animal gorges himself because he does not know when he may find food again; this uncertainty is the origin of greed.
Durant, Will. Our Oriental Heritage: The Story of Civilization,

This quote below is also attributed to Mr. W. Durant
We are what we repeatedly do, so excellence, then is not an act, but a habit..

I feel that this holds true for all things we practice consistently...

Henceforth mankind has always been the predatory animal that laws, morals, principles and values have for generations attempted to tame....

With very little success!!!!/QUOTE]
Though I think that your assertions are universalizing western Europeans consistently maliciously EVIL behaviour as the human condition [in stark contrast to the manner in which the Inca empire didn’t even utilize a monetary system]; isn’t the real crux of crisis Humanity is confronted by in the 21st century the fact that even as technologically we’re advancing at a geometric rate, spiritually and intellectually we’re at best static, as opposed to advancing at a reasonable rate, with the overly inbred faction of the POWER ELITE actually regressing all the inbreeding [integral with Europe’s still feudal nobility/elite who are still in POWER, are covertly running things] has cut their throats?

Additionally, though undeniably the historical record highlights that the Semitic/Arab onslaught on Africa/ Africans predates that of Europe by 2 millennia and that the peoples of African ethnicity have NOTHING to gain from either camp; doesn’t this so flaccid attempt to point the finger of blame/throw stones at Islam in the 21st century by the current status quo, come from Christians who are existing in easily the largest glasshouse on the planet, as underlined by the fact that don’t all the countries of the Americas and Australasia currently speak/have European elites totally dominating them in every area of human activity, as highlighted by ALL of them having European opposed to indigenous languages as their national tongue as standard?

Don’t Europe’s own history books highlight that Europeans exterminating any one or thing that they perceive to be different/even a little dangerous is in fact a very integral part of the European collective ethos/asili as opposed to ours; as underlined by the manner in which ALL the wolves, wild boars, bears etc that used to roam Europe in general, Western Europe specifically were exterminated hundreds of years ago [along with the so very cynical extermination of the buffalo in the USA], in stark contrast to Africa's so many large far more dangerous large animals like elephants, hippos, rhinos, giraffes, zebras, wildebeasts and even very dangerous apex predators like lions, leopards, giant pythons and crocodiles, still existing TODAY?

How many European or Africans monarchs have ever conquered as many countries/ethnic groups as Genghis Khan, aren't all of those countries that were completely overrun by the Mongolian horsemen still independent sovereign nations TODAY; whereas when is that EVER likely to be the case for the indigenous peoples of the Americas and Australasia who actually managed to survive [not be totally exterminated like the many of the indigenous American clans and all of the indigenous Tasmanians, but have been relegated into a minority powerless underclass in their homelands] the ongoing European onslaught?

Which surely begs the question, is that level of maliciously EVIL barbarity towards non-whites generally, people of African ethnicity specifically as highlighted by the ongoing African HOLOCAUST of over 500 years duration; a Europeans whites/Christian thing?

Wishing this WAR away hasn't worked for the African collective in the USA, the rest of the Diaspora and Africa for the last 500 years because Slavery and Colonialism didn't so much end as evolve into the current reality of White/European socio-economic domination in every area of human activity so why are WE expecting the so murderous chaos in most of our communities and countries to improve in the near future?

Aren’t WE all being overly optimistic, very very fundamentally naive in expecting the beneficiaries and the rest within the European collective [including their lower echelons], of the systematic all pervasive RACIST onslaught that has facilitated Europe’s inhabitants in less than 600 years totally overrunning/conquering the indigenous peoples of the Americas and Australasia, other regions of Asia and all of Africa [while also still controlling a sizable section of Africa TODAY], to willingly give up on the vehicle [White Supremacist Racism allied with cultural Darwinism] that has transformed the people generally, their elite’s specifically, from this planet’s poorest continent [Europe] into the richest and most socio-economically powerful/dominant people in the world TODAY?

Black People : How China has Created a New Slave Empire in Africa
2 3 4

D
Black People : Who has been to Thailand, China or Cambodia? 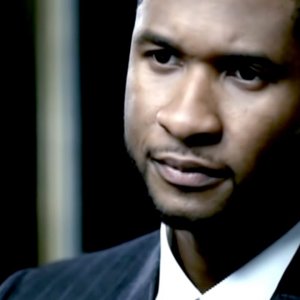