Black People : Has Anyone Heard Of This Brother

Kamau47 said:
And what he's talking about? I have to admit, I'm no constitutional expert, but what he's saying sounds almost feasible.
Click to expand...


Has Anyone Heard Of This Brother


Kamau47 said:
And I'm right across the lake too. I'm gonna have to keep my ears open a bit better.
Click to expand...

Dr. Umar Johnson is pretty popular around these parts. Just a few Threads to give you a sample:

sounds like a man on his grind to me. say some stuff.. duct tape some connections between the stuff said.. and hope the people get lost in the timbre of your voice and the intensity of your charisma. But this kind of diatribe depends on the people not being up on the areas referenced in his talk..

but hey.. everybody gotta eat.

skuderjaymes said:
sounds like a man on his grind to me. say some stuff.. duct tape some connections between the stuff said.. and hope the people get lost in the timbre of your voice and the intensity of your charisma. But this kind of diatribe depends on the people not being up on the areas referenced in his talk..

You went in and dissected it like a skilled surgeon. Especially with this line right here...

"depends on the people not being up on the areas referenced in his talk", 'cause that's what game-players mostly rely on.


Black-king said:
Huh? How does a negro appointed to the supreme court to do his slave masters bidding make him a citizen?
Click to expand...

You'll definitely get no argument from me about the illusion and corruption of the court-system and other governmental institutions in this country. However, the fact still remains that anyone, Black, White or otherwise, appointed to the position of being one of the judges that sits on the bench of the highest court in the nation would have a considerable amount of authority. Authority so immense that there's no way the string-pullers of society would allow a person who is not, as the speaker puts it, "a real citizen of the United States". Whoever's in that position makes decisions that effects the society in countless ways. Now naturally the Illuminati has numerous way to exert their influence to make sure things go in their favor. Still, they would not play such a game as to have someone under that status wielding such command and not having the basic requirements to be there. That would easily pull the covers off of nearly everything they got goin'. Oh, there's alot of games played by the handlers of this society but they're not that stupid.

As for the claim that Blacks born in this country are not "United States Citizens". I'm not a lawyer nor do I have formal training in the study of law, however, I've dealt with that faulty argument many times, especially with those of the Moorish following. Making such a claim if you was actually born in one of the fifty states is a misnomer first of all. You are a natural born sovereign of that state that is in the union known as the United States.

I mean, I ain't saying that the brother is on time with his beliefs, but I do feel what he's talking about. To me, it's more of a warning about what could happen if the government wanted to. After all, they did it before with Jim Crow laws. And to be honest with you, I have not referred to myself as an american in many years. The way blacks in this country have been treated, I certainly don't feel like I'm part this country.

The Dred Scott case. The Supreme Court backs up, backs off, CHANGES its opinion on Constitutional Law all the time. If not, each of us would be counted still as 3/5 of a man. Not to mention that the Dred Scott case which was decided in 1858 was OVERRIDEN during the Civil War 5 years later.

"Not you, not me not Oprah with her billions...." and no white person either is a citizen if it is defined as being totally free.

From a "legal" standpoint, blacks are not citizens? The 13th Amendment MAKES all black people slaves because we commit the crime of being black in a white society? Brutha shoulda stuck with "reporters" say we aren't citizens....

The 14th Amendment was written for WHITE people.... Wow! And here I was thinking WHITE people wrote the Constitution! And now the brutha says they (they who?

) wrote the 14th Amendment to INCLUDE white people.

Well, the brutha and I are in agreement that blacks are not treated as fairly as whites in America.

Black People : Has Anyone Ever Heard Of This
2

U
Black People : Has anyone heard from

Black People : BROTHER KEMETKIND...HAS ANYONE HEARD FROM THE BROTHER???

Black People : Has anyone converted to Solar electric, partialy or completely?

A
Black People : Has anyone else given this some thought?
2 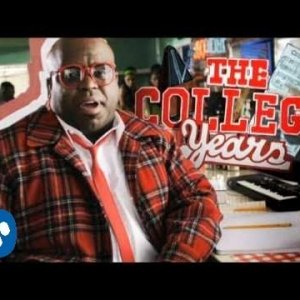