HAPPY FOURTH OF JULY EVERYBODY

The fourth of July devastates as we celebrates its meaning
And elevate the gleaming fireworks as sounds screaming
With booms! The declaration was separation from England
The words include sparks and rude remarks it brings a plan
Alert and keen the THIRTEEN COLONIES was convinced
That independence is the only way and strongly on this day against
ENGLAND stand fast it was brief and hot it brought grief and shock
To the BRITISH, the war started, the British ways was a circus lot
Untrue so with the declaration it was purpose they pursue their plot
Was united the BRITISH couldn’t fight it ENGLAND became
A thing of the past, the war killed and slaughter spilled water flame //
and blood, and THOMAS JEFFERSON became a master in history
After the victory in the American Revolution the war was brutal and blistery
He was the chief drafter of the declaration of Independence and now
Famous, because others wanted to be in charge but couldn’t see how
Large the declaration really was, he caught a plenty beef too many
Chiefs not enough Indians, BENJAMIN FRANKLIN not just any
Politician he had a mission and author of success and a printer
Took him quick to politics with slick writings he became a winner
And inventor of electricity and his publicity grew to no end, he
Help drew up the declaration of independence to a certain degree
His flavor was bold as he played a major role in the American
Revolution, JOHN ADAMS AND JOHN HANCOCK also
Played a part they displayed heart in winning the war long ago
They faced treason charges and reason enlarges a loss of the war
Would result in them getting hung by the neck until dead
England had ballistic static the declaration was explicit and
Emphatic Declaration of Independence became a loyal contract
To a royal act SECOND CONTINENTAL CONGRESS had facts
Proving England was unfair spoken and written they wasn’t joking
With Britain the declaration was words of obligation to an open
Absurd population of the British they enforced the rules of fools
Upon the low colonies no qualities of good which led to duels
And rejections the colonies needed protection from the British regime
The Declaration of Independence saved the day it was very brave
I must say, the Declaration of Independence still flies on the grave
Of the many that died fighting for freedom. A true situation which
Involves a new nation being born the UNITED STATES OF AMERICA
So let us enjoy this beautiful Fourth of July
As the fireworks scatter across the sky
And remember how miserable life would’ve been
If it wasn’t for these brave women and men

Well this really told a story within and left a trail of truth......been a long time bru....happy to read you again
Poetic flow, Poetry of a poet! Be a Premium member today and enjoy all the fruits .
R 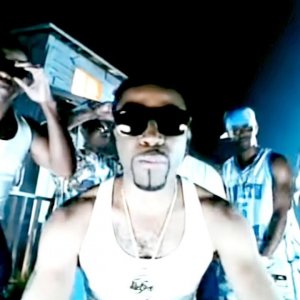