Hamlet is the most researched play in the world, with a bibliography reaching over 12,000 listings. Despite this effort, much of the play is still a ‘puzzle’ to many modern critics. Analyzing the play in the light of the FL avian typology (of Vespasian & Titus), however, renders it completely coherent.
Hamlet was based upon a tale in Saxo’s Historiae Danicae. In that story, Fengo bloodily butchers his brother Ameltah, at a banquet and then marries his wife Gerutha. Ameltath’s son, the young prince Ameltath, pretends to go mad with anguish, and is sent to England to recuperate. A year later, he returns-analogous to the return of Ulysses-and gets fengo and his nobles drunk at a feast and kills them all by setting fire to the hall.

Shakespeare’s version has far more carnage than its originally source. A critic noted that the script is so stocked with limbs, organs, and body fluids that “The play looks like a dissecting room”. Eyes, tongues, hands, arms, faces and brains are mentioned incessantly. [This is consistent with Titus military campaign against the Jews]. In total, 60 different body parts are depicted. Hamlet, discussing a prospective swordfight with Laertes, suggest to “divide him inventorially” (V,2, 1140. There are references to pieces (I, I, 19) and carving up (I, 3, 30). Hamlet goes to “draw apart the body he hath kill’d” (IV, 1, 24). Such carving is also emphasized by one of the players of the play within the play:
“When she saw Pyrrhus make malicious sport
In mincing with his sword her husband’s limbs” (II, 2, 513-14)

The play also incorporates a vast amount of cannibalistic imagery, as has been noted before, and although it has been suggested that this imagery is related to the play’s general preoccupation with death and the fate of the human body, this does not seem to be a completely satisfactory explanation. The problem is particularly vexing because the theme does not occur at all in Saxo’s Historiae Danicae (the source for Hamlet), and some critics have complained that this constitutes a structural problem in understanding the play’s meaning. Critics have wondered: if the playwright is implying that cannibalism is occurring, who is eating whom, and why? For example, what is the meaning of the statement that indicates that Hamlet’s father was eaten: “Most holy and religious fear it is to keep those many bodies safe that live and feed upon your majesty” (III, 3, 8-10).

The sheer volume of cannibalistic imagery in Hamlet suggest that this question must be answered before the play can be understood. My solution, of course, is that ‘Shakespeare’ constructed a reversal of the cannibal theme of the Flavian comic system. The key character in this reversal is “fortinbras”, whose name means “Strong arm”: so named by the playwright because he was one of the few characters at the play’s conclusion with his limbs intact.

Hamlet encounters his father’s ghost, who informs him that he has been murdered by his brother, Hamlet’s uncle, the new king. The character Fortinbras is introduced at this point and is established as a mirror image of hamlet. Like hamlet, fortinbras was named for his father, who was king but has been recently killed by Hamlet’s father, who was also named hamlet. And like Prince Hamlet, Fortinbras’s uncle seized the throne after his father’s death. However, Fortinbras and his family are unstained by the violence of brother on brother, while the bad karma of both regicides falls upon Prince Hamlet. Thus, it seems fitting that a better fate awaits Fortinbras than for hamlet.
With these devices, the author is using concepts from the Flavian comical system to construct a hidden storyline, which is submerged beneath the surface narration. Like Titus Andronicus above, the storyline reverses the Gospels typology that mocks the Jews cannibalism during the siege of Jerusalem and Titus savage treatment of the Jews of forced famine leading to forced cannibalism. To achieve this literary reversal of fate, the play sets up two generations with parallel names. In the first generation, Hamlet defeated Fortinbras and seized his land, but in the second generation this will be reversed, and Fortinbras will reclaim his territory.

Fortinbras’s name is one of an unusual of references in the play to “Arms”, which foreshadow the limbs that will be pruned and cannibalized at the conclusion of the play. At one point in the play, a gardener who has trouble digging because he is an amputee (V, I, 30) is contrasted with Fortinbras and his strong arms. The humor is accentuated with the understanding that the author is intentionally juxtaposing his play to the “pruning” of the Jewish Messiah satirically depicted in the Gospels. The following examples of the “hand and arm” humor are just those found in Act I, scene 2:
Horatio
In the dead vast and middle of the night
Been thus encountered. a figure like your father,
Armed at point exactly, cap-a-pe
Appears before them, and with solemn march…
The apparition comes: I knew your father;
These hands are not more like.
Hamlet
Arm’d, say you?
Marcellus Bernardo
Arm’d, my lord
Hamlet
From top to toe?
Marcellus Bernardo
My lord, from head to foot
Hamlet
My father’s spirit in arms! All is not well (I, 2, 198-254)

The name of the character “Polonius” is also related to the cannibal theme. His name is a play upon “polony”, a word that meant “sauage” in medieval English. Polonius’s body parts are referred to as “Offal” (II, 2, 580) and “guts” (III, 4, 212) that have to be carried off stage. Guts, of course, are used for sausage making. After hamlet kills polonius, pointing to his dead body in a tirade against his mother Gertrude, Hamlet makes it crystal clear that this “sausage” will be eaten: Could you on this fair mountain leave to feed and batten (glut yourself) on this moor (III, 4, 66-67). Polonius name and fate occur because he is another of Shakespeare’s characters representing a “type” of Josephus-the Jewish or “Moor” turncoat who helped the Romans write the Gospels. Notice that Polonius is identified as a “Moor” above. Shakespeare typically brings her Josephus figures to a justly ignoble fate. In this case, Polonius has become food for worms; but in due time, as hamlet explains, Fish will eat the worms, and men will eat the fish, thus completing the cannibalistic cycle.
The passage below may also be an ironic reference to the Imperial Diet of Worms, where Martin Luther was declared an outlaw in 1521 (He prayed to Mary that his leg be healed like an Egyptian would pray to Isis). If so the playwright’s not so subtle comic point was that the Catholic hierarchy was consuming Luther for Supper.

King Claudius
Now, Hamlet, where’s Polonius?
Hamlet
At Supper
King Claudius
At supper! Where?
Hamlet
Not where he eats, but where he is eaten…
King Claudius
Alas, alas!
Hamlet
A man may fish with the worms that hath eat of a
King, and cat of the fish that hath fed of that worm (IV, 3, 16-31)

Within the context of the Flavian’s comic system, Hamlet’s comment above “not where he eats, but where he is eaten” is a reference to the double entendre regarding Lazarus in the Bible being “made a supper” at John 12:2. Due to its macabre nature, the Gospel’s joke regarding someone being “made a supper” is certainly among the very few times in literature that this genre of humor has ever been used. It is unlikely that the author of Hamlet also used this precise format by accident; but rather, its use in this context is evidence that Shakespeare was aware of the Flavian cannibalistic theme. Further, as shown below , the author helps the reader understand that the play is taking place within a “Lazarus context” by playing on the word “Lazar”. The author used Lazarus as a type for hamlet’s father to communicate that he also underwent Lazarus grim cannibalized fate. The word lazar stems from Lazarus who was described in the gospels as a beggar with skin ulcers licked by dogs as well as being cannibalized:

The leprous distilment…
The thin and wholesome blood: so did it mine;
And a most instant tetter bark’d about,
Most lazar-like with vile and loathsome crust,
All my smooth body (I, 5, 64-73)
For further information on hamlet’s play please see Shakespeare’s Secret Messiah By Joseph Atwill 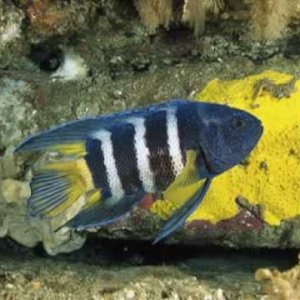