Santo Domingo, Sept. 3 (CNA) Although Haiti and the Dominican Republic share the same island of Hispaniola in the Caribbean, they are worlds apart.

Haiti is often deemed as the poorest country in the Western Hemisphere, with four of five people living below poverty line. The history of this small, heavily deforested Caribbean country has been plagued by violence, political upheaval, and sporadic natural disasters.

The Dominican Republic, on the other hand, has a relatively stable government and gorgeous sandy beaches to support a booming tourism industry that wheels in over US$2 billion each year. Expensive foreign car brands such as BMW and Mercedes Benz are common sights in the capital city of Santo Domingo.

On the United Nations’ Human Development Index, the Dominican Republic ranks 90th out of 182 countries while Haiti trails far behind at 149th.

Immediately after a 7.3 magnitude temblor razed Haiti’s capital of Port-au-Prince and killed at least 30,000 in 35 seconds in January 2010, Haiti’s next door neighbor was the first to come knocking to offer goodwill and a helping hand.

One of the helpers was the Dominican Red Cross, which quickly transformed one of its clinics in the small town of La Caleta into a medical center for Haitian refugees.

The clinic was established in La Caleta about 10 years ago, when only about 700 Haitians lived there, but the Haitian population in the town has shot up to almost 8,000 since the earthquake hit.

Dominican Red Cross Director-general Gustavo Lara said that before the earthquake, approximately 1 million Haitians lived in the Dominican Republic, but that number nearly doubled almost overnight after the temblor as panicked Haitians sought refuge from the devastation.

“The Haitians who escaped to the Dominican Republic had nothing with them. It was impossible for them to stay in Haiti because everything they owned was ruined,” he said.

The run-down looking but extremely clean clinic lacks modern equipment or fancy amenities that one normally sees at a hospital. In fact, the clinic did not have any electronic weight scales until it received a batch of them as a gift from Taiwan’s first lady Chow Mei-ching during her visit there on Thursday. 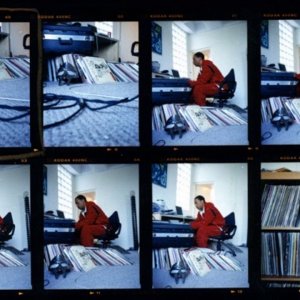