Published on Thursday, May 9, 2013 by Common Dreams
Haiti Cholera Victims Threaten to Sue UN
Lawyers for victims slam shoddy rationale of UN's rejection of reparations for victims of the epidemic it brought

- Andrea Germanos, staff writer
Victims of the cholera epidemic in Haiti have given the UN 60 days to stop evading its moral and legal obligations and provide justice and reparations to the thousands affected by the disease it brought to the nation or they will sue.

In a letter dated May 7, lawyers for the Institute for Justice and Democracy in Haiti (IJDH) wrote that the victims they represent

... seek reparations for injuries resulting from the UN’s negligent omission to adequately screen troops for cholera prior to deployment, and its reckless acts that caused untreated, contaminated human waste to leak into and poison Haiti’s central river, in accordance with the UN’s agreement to pay for its tortious liability.

The article goes on the mention that over 80,000 Haitians died from the white man's disease, cholera, and that a half million had contracted it. This is the way whites came to rule the world, how they "won the west," etc. - NOT through guns OR "bibles" but through their filthy diseases that the native people could not withstand. In every country, every part of the world they went into, the native people's dropped like flies simply from coming in contact with them. Columbus wasn't the first white in America, you know. The Vikings came to this continent before Columbus and landed on the east coast (where Plymouth Rock is). The Indians came out to trade with them and within a month, 90% of the tribes on the east coast were DEAD! The U.N. even put out a history of some country in South America (maybe Argentina? in that area), where, again, 90% of the natives died on first contact with whites and their diseases. Nobody ever had them before, so no immunity to them had built up. Natives were even dying from the "common cold!"

And now Haiti. Bringing cholera on their diseased body to people already desperate after the earthquake. $50,000 for each Haitian who contracted the disease FROM THE U.N. TROOPS and $100,000 for the families of those who didn't survive "first contact." Peanuts. And owed.​

Alarm Clock said:
Published on Thursday, May 9, 2013 by Common Dreams
Haiti Cholera Victims Threaten to Sue UN
Lawyers for victims slam shoddy rationale of UN's rejection of reparations for victims of the epidemic it brought


The UN knew that the outbreak came from their soldiers. They dumped raw sewage in the rivers. But black folks don't matter..and the UN agency does not care. The sad part is that the leaders of black countries from Africa and the Caribbean will continue to give their speeches and yet will not touch on this issue that has affected the lives of so many blacks in Haiti.. I am not impressed with the UN. They are more concerned with their image than with the health of poor black people. I do hope that the lawyers fight a good case and they win...but so many have died...and the world watched and DID NOTHING. These international agencies, IMF, UN WTO are all anti progressive when it relates to black folks...the whole thing stinks to high heaven. All I can do is SMH.
You must log in or register to reply here.
Share:
Facebook Twitter Reddit Pinterest Tumblr WhatsApp Email Link 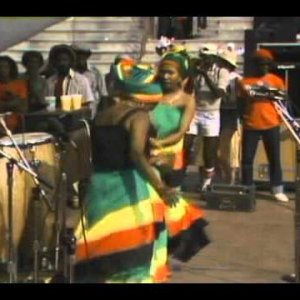