Haitian earthquake survivor hopes to help others back
By Shelia M. Poole
The Atlanta Journal-Constitution
September 14, 2010

Guerline Charles was sitting in Spanish class when the walls shook violently, raining huge chunks of concrete and metal down on her and her classmates.

Guerline Charles poses inside her cousin's home in Fayetteville. She was sitting in her third-floor classroom in Port-au-Prince, Haiti when the earthquake hit the country. Guerline was pinned to the ground by her left arm. She was trapped for two days before residents rescued her. Her arm was crushed and later had to be amputated. She found out later that everyone in her class had died. She was the lone survivor.

Charles was trapped for two days in the ruins of a building in a Port-au-Prince suburb before she was pulled from the rubble by bystanders.

Nineteen of her classmates died in the January earthquake that shook Haiti. Charles, 33, was the only survivor in that class.

Today, she sits in the cafeteria at Piedmont Hospital surrounded by one longtime friend and two new ones. She's wearing a bright yellow strapless sundress and a long, yellow and turquoise scarf tied around her hair.

It's a bold statement. She makes no attempt to hide the fact that her left arm is missing. After multiple surgeries in Haiti and aboard a French medical vessel, doctors were unable to save the limb.

"An arm is a small price to bear for being alive," said Charles, who switches between French and Haitian Creole. "This is my new life and I have to adjust. I have to get used to it."

Living with a cousin in Fayetteville since she came to metro Atlanta in May, Charles is learning how to do simple tasks all over again. She can bathe herself, work in the yard and cook some of her favorite Haitian meals such as rice and beans and griot, a dish of seasoned pork.

"Her spirit is amazingly great," said her cousin, Frantz Pinet, who along with Embraced, an Atlanta nonprofit, and others, hope to raise $51,000 to pay for a prosthetic arm. The prosthetic arm is specially designed because Charles' arm was amputated entirely, including all the joints, making it difficult to fit for a prosthetic limb. Recently, Pinet and other supporters organized a concert in her honor that raised more than $2,000.

Embraced, which collects used orthopedic and prosthetic devices for those in need, is looking to Georgians for help. The group wants 51,000 people to donate $1 to an account set up in Charles' name, so she can be fitted in time for Embraced's Oct. 2 Virginia-Highland fundraiser, Battle of the Burgers at John Howell Park. Charles will be an honorary judge at the event, and Embraced Atlanta is determined she will be eating a burger with two hands.

"Her goal is to go back to Haiti, to work and to get back to life," said Lauren O'Brien, the founder of Embraced, who calls Charles a friend. "I've learned a bit about perseverance from her and looking at the bright side. Sometimes, she gets emotional, but for the most part, she's been in such good humor." Her nonprofit has donation bins throughout metro Atlanta that are used to collect things like crutches, braces, prosthetics, slings, and Ace bandages. It also will pick up donations of larger equipment such as wheelchairs and hospital beds.
....... 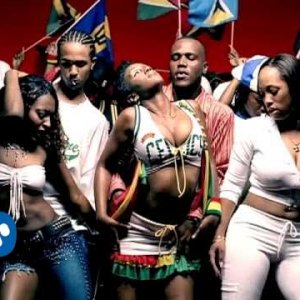