(Columnists’ Note: This column was written well before the events of 9/11/01)

In our last bit of time together, I had the chance to provide a little background behind the creation of this column more than six years ago. Very few columnists take the time to bring people ‘up to speed’ as to their backgrounds. Let’s just say that there is a need for men, young and old--but especially young, to know the basics of manhood in our modern times.
Not those cheap ‘hood rat’ imitations that Hollywood provides. Not those ‘killer thugs’ that we have shoved at us through countless rap videos. Not the shells of men we see on display through the feminized mainstream press. Not the servants and slaves and ‘walking wallets’ provided by female rap video performers.
But real men. Like our fathers, grandfathers, and great-grandfathers.
Brothers, as I mentioned last time, many of us have teenage sons. As a veteran substitute school teacher, let me clue you to a little secret as if you didn’t know--many of today’s teenage girls are sexually aggressive in the school house. Now, the girls are calling the boys at all hours of the day and night. Now, the girls are getting into fistfights in the hallways over the boy of their choice.
This shows that the natural order is out of whack.
Oh, it gets worse.
Our young men are not as stupid as we may think. They know a good thing when they see it, even though it won’t end well. With all of this attention heaped upon them, many of our young men are acting like young women. “Work?”, some of them say with rolled up eyes, “I’ll just let some girl or woman take care of me!”
I’m shocked to report that there are more than a few young--and not so young women who are anxious to fill this role. In fact, one of the fastest rising areas of sexual abuse is that being facilitated by female adults against teenage boys. More and more cases of ‘female teachers’ having ‘after hours’ contact with their male students to get their ‘itches’ scratched have been steadily--albeit quietly--making their way into the headlines.
Oh, and there’s more.
Brothers, take a good look at your sons, and their friends. Many of them have let the words ‘can’t’ and ‘won’t’ and ‘why bother’ become their constant companions. Somehow, they have been duped into believing that ‘failure’ is natural, and ‘success’ is a dream.
That’s not how we were brought up. We had chores, schoolwork, and the occasional trip to the woodshed to get our acts together. We survived. I’m not quite sure that the young men of today will--but if we take them back to the basics, they will have a better chance at being men of quality and character.
Brothers, God created man to lead, and woman to receive in the home, church, and the workplace. Any other plan than this leads to major league problems. We can see some of those problems unfolding right before our eyes.

MEN’S DAY DISASTERS:
Since I write this column from a biblical, business, and common-sense perspective, I do have to stop by the church house from time to time to prove a point. I may make your pastors and deacons mad, but if I’m going to play it down the center of the fairway like Jesus Christ does in the Bible, every shot has to come off the tee as if I were Tiger Woods!
In fact, the Bible itself holds that ‘...judgment must begin at the House of God.’ With what many men have observed happening under the auspices of ‘church’, no wonder many men don’t want to attend. Of course, one would figure that the best place for young men and their fathers to get the most in manhood training would be at the local church.
Sadly, this is not the case in many of our communities.
Not only is the average pastor or deacon ill-equipped to deal with men, some of them seem to relish in the chance to keep men down, in the name of religion, power, and ego. While the same is true in other religious sects, it really hurts when the brethren in your house of worship are often the ones coming out with the long knives.
And, lest any of you don’t think I know what I am talking about, I am--in addition to my other hats--equipped with a clerical collar. I am licensed, ordained, and DANGEROUS!
Let me illustrate my previous point.
In some churches, there is an annual event called ‘Men’s Day’, designed to ‘lift up’ and strengthen the men in the church. I have yet to attend one of these functions where men have benefited. The visiting preacher ‘beats up’ on men, showing them their failures, instead of praising their successes.
Who wants to come to a so-called ‘spiritual safe house’ in order to get beat up? Not me!
That’s why many men won’t come to church--it has become feminized, and is behind the times when it comes to addressing the needs of men. Brothers, we may be many things--but ignorant is NOT on the ‘short list’.

MEN--OUR ISSUES HAVE BEEN OVERLOOKED:
There are many, many men today who have bitterness, rejection, molestation, failure, fear, and a host of other seeds buried deep within their hearts. They have been slammed by the schools, by the home, by the world’s workplaces, and by the feminized mainstream press. It’s like there is a knife buried in the soul; and the forces of this world continue to twist away at it, with an occasional dash of salt to make the wound unable to heal. Instead of being blessed, and enjoying the fruits of our hard labors, more and more men are depressed.
Maalox, Tagamet, and Prozac are their constant companions. They have all of the ‘toys’ that this world can offer--but they are still miserable. Even SUCCESSFUL men can get the blues.
I write this column for these men--and others who are about to face similar hardships and heartaches. Just to let them know that someone out here in the marketplace understands where they are coming from.
To remake any man, change has to come from within. He has to have a new heart, and a new, spiritual desire to repent, turn from those things that are holding him captive, and walk in the newness of life. That comes only from a solid, biblical relationship with Jesus Christ.
Don’t take my word for it; check out the Bible for yourself and see what it says!
That is what makes this monthly column different. I have lived through some of these storms. But thanks be unto God, by His leadership, I have made it out of the valley in peace.
Yes, I still have problems: But my problems no longer have me!
A few years back, a group called PromiseKeepers tried to get the revival fires going among men. Then, the Nation of Islam tried a weaker variation of this with the Million Man March. Other religious sects tried their variations on this theme, along with social groups aimed at bettering men. We even now have groups who are more concerned with single fathers taking care of their illegitimate children--rather than them going back and having enough guts to marry the mother of their children.
ALL of these efforts have come up short.
The only one who can help a man become a real man after God’s own heart is another man who has been there. A man who has learned how to ride the winds and the waves and fly over the storm--instead of getting bogged down in the cross-currents of doubt, self-pity, and defeatism.
If my writing helps ONE MAN to rise up and realize the true reach of his manhood and he goes on to become a champion to prosper his home, church, and society, then I have my reward. I have done my job as a writer.
In closing, I’d like to encourage each man reading this column that times are getting better, no matter what the naysayers and the feminized mainstream press may report.
For example, look at Tiger Woods. His mentor was his dad. His dad took the time to work with him, explain the rules of life and golf to him and turn him loose to succeed. We are seeing the end result; Tiger wins again, and again. But it was the sacrifice of his father who made him a champion. Even when Tiger comes up short, he has been taught NOT to make excuses. He shows humility in victory, and grace in defeat!
When you get right down to ground zero, there are men in our society who have a lot to offer. They are willing to mentor fatherless men, regardless of their age. But it takes both sides to reach out and help. It won’t happen because of group affiliation, but by the position of the heart.
For from the heart, springs the real issues of life.
Well, by the old clock on the wall, I see its time to wrap this column up.
See you right here for more training and growth, next time around the track.

Mike Ramey is the author of THE MANHOOD LINE , a syndicated, monthly column, written for men from a biblical, business, and common-sense perspective You can reach him On Line at manhoodline@yahoo.com. (C) 2001 Mike Ramey/Barnstorm Communications International (03). 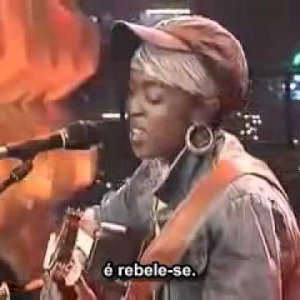