Hip hop mogul IRV GOTTI has attacked EMINEM's racist misogynist rap lyrics - and called on strong black women to denounce him too.
American music magazine THE SOURCE recently uncovered a tape of a youthful Eminem rapping disrespectful lyrics about African-American women, prompted by the acrimonious break-up of a relationship with a black girl.
Eminem apologised for the tape insisting it was "something I made out of anger, stupidity and frustration when I was a teenager".
However, the INC record boss is furious with that explanation, and wants further action to be taken.
He says, "I'm going to first say that I love Black women. I have a mother. I have five sisters so I've been around Black women all my life.
"If you ask me I can't give him no pass. I ain't riding with that and I ain't never going to ride with that."
And he is frustrated more people haven't spoken out about the issue.
He adds, "My question is, 'Where is C DOLORES TUCKER? Where's MAXINE WATERS? Where's DIONNE WARWICK? These are Black women. Where they at?'"
There is a history of bad blood between Gotti and Eminem - Gotti's premier act JA RULE has been feuding with Eminem prodigy 50 CENT.

wow.....i know there is bad blood there and been watching it unfold those sistah's you speak on is around warwick is still
running that hotline for readings i beleived the other two not sure
Poetic flow, Poetry of a poet! Be a Premium member today and enjoy all the fruits .
S

First off, Gotti is not a hip hop Mongul. Secondly, Irv shouldn't be talking. His beef with Em makes him bias. I'm mad that Slim would go there, but he was young and if 50 and Dre can get over it, so can I. Thirdly(I hope that's a word), black men and women need to treat black women better. We get mad at Slim because he did the very same thing that Black Men and Women do continue to do. Seriously fam, think about some of the black hip hop artist and think about their lyrics towards the opposite sex. In order for us to hold some weight and really get at Slim, we got to stop doing the same thing.
R

I don't know what Slim said, so what am I taking offense too? If he went through a break up and he took that personally...why would I take offense to it. It was obviously stemmed by that one particular female. Irv is probably trying to get folk to get all hot and bothered about nothing...
S

Slim called her a "Black *****" or something like that. Irv is a bum, cause the ammount of times he's said that about women is crazy. He just mad cause Slim be getting at him and none of the artist on the "Inc" can holla back. 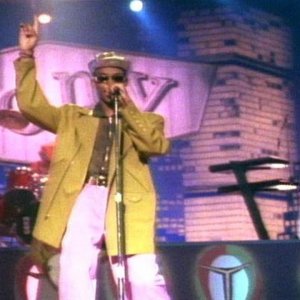