Brother AACOOLDRE : Gospel of John was inspired by a greek play?

GOSPEL OF JOHN WAS INSPIRED BY A GREEK PLAY

Many Bible scholars now admit that the Gospel of John used Euripides, (484BC-406BC), play Bacchae. Poets like Ovid, (43BC-17AD), in The Metamorphoses Book 4 said that one of the major characters of the play Pentheus was none other than Osiris. Bacchus= Bakh (Bacis/Buchis) Egyptian word for bull.

I’m more concerned with the early Christian Justin Martyr (100AD-165AD) in his dialogue with Trypho (First Apology) saying that the devil plagiarized Christianity before Christianity came into existence admitting Bacchus etal foretold of Jesus to come. Martyr said: “We propound nothing different from what you believe”. Wow!

Herodotus, the Greek historian writing around 450BC reports:

“In other ways the Egyptian method of celebrating the festival of Dionysus is much the same as the Greek, except that the Egyptians have no choric dance” The Histories Book 2:48-50. Herodotus goes on to state that a Melampus took the Egyptian ceremony of the Egyptians and bought it over to Greece.

Plutarch in his essay Isis & Osiris he states:

35. That Osiris is identical with Dionysus who could more fittingly know than yourself, Clea? For you are at the head of the inspired maidens of Delphi, and have been consecrated by your father and mother in the holy rites of Osiris.If , however, for the benefit of others it is needful to adduce proofs of this identity, let us leave undisturbed what may not be told, but the public ceremonies (Private ceremonies we are unaware of what they did) which the priest perform in the burial of the Apis, when they convey his body on an improvised bier, do not in any way come short of a Bacchic procession; for they fasten skins of fawns about themselves, and carry bacchic wands and indulge in shoutings and movements exactly as do those who are under the spell of the Dionysian ecstasies. For the same reason many of the Greeks make statues of Dionysus in the form of a bull; and the women of Elis invoke him, praying that the god may come with the hoof of a bull; and epithet applied to Dionysus among the Argives is “Son of the bull”.

When Alexander the so-called Great (356-323BC), invaded Egypt in 331BC he mixed the Greek and Egyptian gods together so that everybody could worship Osiris as Serapis= a mixture of Osiris name with the apis bull. This is the first time that whites created an image of Jesus as white. Serapis/Jesus was also called Chretus or Christ.

With all of this background information we can see why the early Christian Justin Martyr stated that Bacchus foretold of Jesus to come. And its no surprise of accident that the Gospels of John used Euripides play Bacchus to write about Jesus.

Chapter 21. Analogies to the history of Christ
And when we say also that the Word, who is the first-birth of God, was produced without sexual union, and that He, Jesus Christ, our Teacher, was crucified and died, and rose again, and ascended into heaven, we propound nothing different from what you believe regarding those whom you esteem sons of Jupiter. For you know how many sons your esteemed writers ascribed to Jupiter: Mercury, the interpreting word and teacher of all; Æsculapius, who, though he was a great physician, was struck by a thunderbolt, and so ascended to heaven; and Bacchus too, after he had been torn limb from limb; and Hercules, when he had committed himself to the flames to escape his toils; and the sons of Leda, and Dioscuri; and Perseus, son of Danae; and Bellerophon, who, though sprung from mortals, rose to heaven on the horse Pegasus. For what shall I say of Ariadne, and those who, like her, have been declared to be set among the stars? And what of the emperors who die among yourselves, whom you deem worthy of deification, and in whose behalf you produce some one who swears he has seen the burning Cæsar rise to heaven from the funeral pyre? And what kind of deeds are recorded of each of these reputed sons of Jupiter, it is needless to tell to those who already know. This only shall be said, that they are written for the advantage and encouragement of youthful scholars; for all reckon it an honourable thing to imitate the gods. But far be such a thought concerning the gods from every well-conditioned soul, as to believe that Jupiter himself, the governor and creator of all things, was both a parricide and the son of a parricide, and that being overcome by the love of base and shameful pleasures, he came in to Ganymede and those many women whom he had violated and that his sons did like actions. But, as we said above, wicked devils perpetrated these things. And we have learned that those only are deified who have lived near to God in holiness and virtue; and we believe that those who live wickedly and do not repent are punished in everlasting fire.

I know why D.M. Murdock explained the Catholic (Universal) religion as combining many of the pagan religions into one Universal catholic religion
B

Of the four gospels, St. John is attacked most often. The reason is obvious. It speaks of the "Deity" of Jesus Christ. John. 1:1. The word incarnate rubs scholars the wrong way. They realize that if Jesus is who he say he is ( God Almighty John 8:58), they know that they are going to be judged by him one day. Rev. 20:12. Talk as they may and try to diminish Christ as they may. He still is King of Kings and Lord of Lords. Rev. 19:16. PS. And despite what scholars say, he won't be changed and WILL NOT change. Heb 13:8. 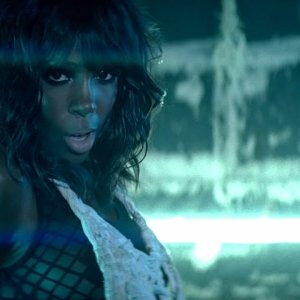