Some Black People have been under Lucifer Mind Control until it is not of interest for Black people to believe beyond the physical, everything most Black people do is on the Physical Dimension, the lowest of all Dimensions, which is no more than an illusion appearing to be real, and is associated with the Body Life, the Body designed to take direction from the Mind on its journey to become no more, on the physical plane of Life Living.

Ask Black people what Time it is and they will give you linear Time, a Time perception that is repetitive, having limits and boundaries, a sure act of perception that is designed by Lucifer to confuse the Mind of your perceived action of Time.

The Earth has grown impatience with all of the ignorance that is in use of the Divine Energy that has it to remain Divinely in motion and is about to perform a cleansing that will be effective in affecting a world that is grounded in Ignorance concerning the Divine Essence, both Universe, and of the self of our Body Life.

Most Black people have lost sight of the Divine requirement of the Mind action, an action that guide the Body in Life effort to Live, and that is why Black people have been made by Lucifer to be a Looking people instead of a People who can See, and looking is believing, while seeing is Knowing, and it is Divine to know Thyself, a Mental status that most Black people no longer occupy.

The perceived concept of what is religiously referred to as angels was created to keep Black people from knowing how Divine that we are, if ever to decide to use our Mind to Think Divinely again, needing not to use Lucifer, the Devil, Satan Mind, as a prop in order to give our life a contrived responsibility to believe about all our sense allow us to look at, it all being on the physical level of a Mental capacity to accept illusion to be Reality, a Reality that is only relevant on the physical illusion level of the body life living function.

Religion was created to blind the Mental process that allow you to Divinely Think to See, as you now embrace all that you now look at and take it to be what you believe it to be and a Mind that look is a Mind held in the caste of the Body Life Senses, without the functioning of a Mind that is Divine, and without such a Mind guiding your Body Life, you are not qualified to see to know what it is that is holding the life of Black people in the caste box of Self ignorance.

Because, ignorance is a sign of looking and not seeing all that your Body Life is meant to know about the Life and living of your Self, externally as well as about the internal Ethereal Self, a requirement, if one is to get to know and understand the Mysteries of Both Universe, a knowledge that will verify the Body Life Divinity.

It was our Ancient Cosmic Divine first Way Ancestors that came to this planet Myriads of Millions of years ago, they being of the universal status of an Extraterrestrial Colony of Divine Being, carrying the Energy Chemical that have them appearing as the Infinite Space that over power light, yet allow Light to be Manifest by the mere fact of Its Existence, the life of Light being subordinate to the Existence of Eternal Infinite Darkness, Divine energy of the Divine Essence that goes into Infinity.

So where did the term Angel come from, it came from people having the experience of witnessing our Ancient Divine Extraterrestrial Black First Way Ancestors descending upon this Planet Earth, out from the Universe Sky, appearing to be Flying, having Wings, not realizing that such Advance Universal Technology allowed such a people to associate and integrate with the Universe Elements, and do so in such a way until their Space dress ware had them appearing as if they had Wings to Fly with, as they were descending out of the Universe Sky, having control of their dissension, thus our Divine First Way Ancestors took on the appearance by mere fact of the display of the level of their Divine Intelligence, to be Gods and Gods they were.

The term angel come from the Mind of Lucifer himself, as they were in the act of creating the world religion and having information in their possesion that was based upon all of the document taken from their excursion of War and conquer, as they took the master documents of their victim Nations.

Such that reveal the mystery of Life and its connection to both Universe and the Divine Essence of us all, and the many Mental oral library that information was key to the secrets held in the Minds of our Divine First way Ancestors Children.

It was such information that was made to be given to Lucifer, as Lucifer now take credit for all that this Evil World believe it know, as you know nothing that is beyond your ability to believe what is needed to be known about, in and beyond Life..

Now, what do all of this has to do with our present state of Life living condition and what must we do to return back to our original state of Life living, which was Divine, meaning our Mind was of such a level until all of our Reasoning, Rationalizing and reaching Logical conclusions about all that affected our Lives, was in such a Balance of thought until we knew, that anything less than Freedom for our Body Life living, was not to be acceptable unto us.

So all of the Action of our Mind must be today to reacquaint ourselves of how to use our Mind, use it in such a way it will put us in association with us having a Divine relationship with the Forces of the Elements, so much so, to the point that we will settle for nothing less than for Afrika to be Free and the Black Minds of the World to be united Divinely with each other, and such freedom is to come through our Enslaved Ancestors Reparation, and from such a union of Mind and action, will come the rising of a New Black World, which is needed if the prediction of 2012 is to be averted, if such a cataclysmic event is to take place, that is if we Black people have not waited beyond our Time to act in defense of our lives. 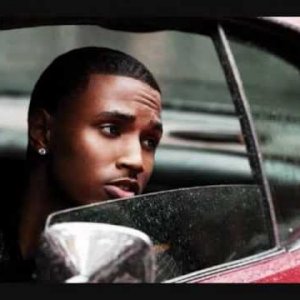