Black People : God Is Not On Anybody Side

God Is Not On Anybody Side And Black Afrikans Sure As Hell Ain't On God Side!!!

God does not choose sides between that which it has Nature to design to be, nor is it a protector to anything living looked at it not looked at and seen and not seen in the physical, such be the responsibility of the living and not of God the Divine Essence of us all!!!

It is a mental weakness of those who sit back on our do nothing for self behind depending on God the Divine Essence to feed and protect us, when in the nature of your making all of those responsibilities come with you being equipped to take care of your own self while living.

So, Hell No, God does not take or choose sides among and between the living who make claim to have an abundance of intelligence that have you to make choices about things that are involved in your living performances.

With all the Divine Information I have shared with Black Afrikans so far, it is apparent that Black Afrikans are not mentally qualified to be informed by a Divine Messenger who is not under the control of that racist unjust prejudice Luciferian Human Being so you do what the Mind of Lucifer which now guide Black Afrikans tells Black Afrikans to do and that ignores the messenger who shares quality of information which do not correspond with that which Lucifer has conditioned your Black behind to accept to believe in today, which is why Black Afrikans and Mother Afrika is in the condition of ignorance today.

Yet here you are with a belief that you believe you are justified in ignoring the Divine Truth and you now are acting as the Devil have you acting toward the messenger bringing to Black Afrikan people the Divine Truth about our now ignorant status we have concerning God the Divine Essence, a God that have been reduced to become by the Mind of Satan, just a character with a spirit of the Luciferian Human Being having you believing that God, the Divine Essence chooses side between the difference of your Ethnic Behind, with Lucifer making claim to be the apple of the religious God Eye and have you believers in that Luciferian God as if that God choose side among the various Races of the Ethnic physical Beings who now make claim to be far more advanced than our dependent Black behind, talking about God is on your side when your side live with a sickness of Mental illness, because a mind who refuse to choose Freedom over confinement is sick, beloved Black Woman and Man!!!

How in the hell God is on your side when you are not on your own side and given the condition of Black Afrikans Living and of Afrika being not protected from being raped by the invaders, such facts prove that God is not involved in such self and Afrika negligence by Black Afrikan People.

We have become a Black Afrikan people who have no thought about what God is, we rather be told by our oppressors how we are to believe and behave, ignore the Divine Truth that is easily verified with a Divine Thinking Mind, obviously such a Mind no longer reside in the brain of the Black Afrikans which is why the issue of Reparation/Repatriation, motivates not the Black Afrikans because our Goal is not Freedom, just a reward to be given by the religious God when we get to Heaven, such a belief verify total defeat of a once Great Goodly-Godly Nation Of Divine Universal Beings who now is referred to as Black Afrikan people.

C
Black People : You Can't Be Intelligently Against Religion If You Do Not Innerstand Divinely, What God Is!!!

Feb 17, 2020
Chief Elder Osiris Akkeba
C
C
Black People : When You Do Not Know What God The Divine Essence , The Greater Good Is, Then You Are Not Qualified To Reference God In Anything You Say Or Do!!! 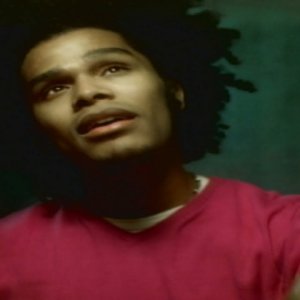