Black Spirituality Religion : God has to come in human form in every generation

God has to come in human form in every generation

God has to come in human form in every generation because as soon as God exits, selfish people misinterpret His message constantly. The misinterpretation satisfies the majority of the people, which is incapable of practicing in the right path. For example God decides that 70% is the distinction. When God exits, the majority of the students, which is incapable of getting the distinction like to bring down the percentage so that they can also have the satisfaction of the distinction.

A student who gets 7% wants to have distinction. Now the misinterpretation is given like this. In the number 70 there are two numbers. One is 7 and the other is 0. Since 0 has no value, 70 must mean 7. Therefore, the student getting 7% can get distinction. Such misinterpretation by a mischievous teacher is admired by a large majority of students. Now he is the greatest teacher with large majority of followers! This is the present situation of false preachers misleading the vast majority. The distinction can be neither given by the teacher nor by the students. The board of interview selecting the students of distinction for service has the acknowledge of the distinction for which only there is real fruit.

Hence, God gives the divine fruit only to the real distinction since He is well aware of the marks of distinction, which were prescribed by Him only. Therefore, God had to come again and again and also everywhere simultaneously (especially when there was no electronic communications in the world) to establish the correct interpretation in the entire world. This correct interpretation attracts only the merit students and the majority consisting of incapable students will reject this. God is also not bothered about such majority because even if the truth is established to them, there will be no use in the case of such students. Krishna never preached spiritual knowledge to many people in His life. In His entire life, He chose only one occasion to preach Gita to just Arjuna only.

The Holy Father comes to all generations, yes, because He has not left off from that which is His to have. However, the Holy Son has come in the generation that He was supposed to come, and now, we must all live by faith in the Son, His words, His works, and His sacrifice in the body for our sins, so that we may, too, have life eternal as He has at the right hand of the Father. We must live in belief of who He is and His resurrection from the dead on the 3rd day back to life forevermore, so that we might be apart of that which is Holy.

As we hold onto belief and faith, love and discretion, prudence and patience, we come to understanding, wisdom, and joy.

Black Spirituality Religion : God has to come in human form in every generation

S
Black Spirituality Religion : according to the Bible, God has a form..
3 4 5

Black Spirituality Religion : You Are God - A Philosophical Essay on the Nature of Existence, Reality, and Immortality
2 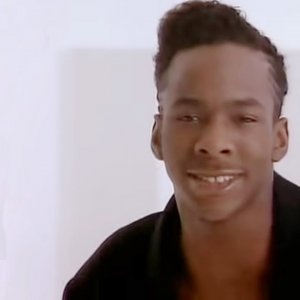