The GAVI Alliance, formerly known as the Global Alliance for Vaccines and Immunizations, announced plans to bring the deadly human papillomavirus (HPV) vaccines Gardasil (Merck & Co.) and Cervarix (GlaxoSmithKline) into the third world. A pro-vaccination group backed by the World Bank, UNICEF, the Bill & Melinda Gates Foundation, and the vaccine industry, GAVI’s stated goal is to vaccinate 240 million children by 2015.
As many as two million women and girls in nine unidentified developing countries could soon receive one of the two HPV vaccines, even though HPV is potentially linked to only one percent, of all cervical cancers, according to some reports (http://washingtonexaminer.com/node/…). The US Food and Drug Administration (FDA), however, has stated that “HPV is not associated with cervical cancer” at all (http://www.naturalnews.com/022404.html).
And yet the vaccine industry through its various “nonprofit” and government partnership continues to push the deadly vaccine on young girls, women, and now even young boys around the world, despite the fact that it does not work and can cause horrific side effects. According to the latest figures released by the US Centers for Disease Control and Prevention (CDC), Gardasil alone has caused more than 20,000 adverse events and 71 known deaths since it was first unveiled (http://www.cdc.gov/vaccinesafety/va…).
These figures are actually higher when taking into account the 26 additional deaths concealed in US Food and Drug Administration (FDA) documents that were recently exposed by Judicial Watch, a public watchdog group (http://www.infowars.com/uncovered-f…). SaneVax, a vaccine group that tracks HPV vaccine cases, says there have actually been more than 23,300 adverse events and 103 deaths caused by HPV vaccines, to date......
http://www.infowars.com/globalists-purchase-millions-of-toxic-hpv-vaccines-for-girls-in-third-world/

Gary Null PhD and Nancy Ashley VMD, MS - Gardasil: Does it Heal or Does it Kill?

November 2, 2011
The Gardasil vaccine against human papillomavirus has been much profiled in the news recently and the news isn’t good. Despite continued incidents of serious, life-altering adverse reactions, including paralysis and death, and despite questionable efficacy and safety studies that allowed this vaccine to come to market in the first place, the push to force the Gardasil vaccine on our children has been relentless and seems to be picking up speed. The following is a review of the more significant and far reaching stories that surfaced, mostly under the radar of the general public, during the past four weeks.


Oct. 19: More reports of serious adverse effects following Gardasil.
Judicial Watch was able to obtain new documents from the FDA regarding the details of adverse events following vaccination with Gardasil. These include 26 deaths between September 1, 2010, and September 15, 2011, as well as incidents of seizures, paralysis, blindness, pancreatitis, speech problems, short term memory loss, and Guillain-Barre Syndrome. 3 The CDC’s response to concerns raised by Judicial Watch was the usual denial: Vaccine Adverse Events Reporting System (VAERS ) data cannot be used to prove that an adverse event was caused by a vaccine because the information is “anecdotal” rather than from a randomized double blind, placebo controlled study.4 The CDC therefore does not draw any conclusions from these reports, and continues to recommend HPV vaccination for the prevention “of most types of cervical cancer,” despite the fact that there is no evidence that HPV vaccination prevents cervical cancer at all! With shocking mendacity, the CDC concludes their response by stating that, “Any problems detected with these vaccines will be reported to health officials, healthcare providers, and the public and needed action will be taken to ensure the public’s health and safety.”5 One wonders what would prompt them to take this needed action since they maintain that crippling illness and death caused by Gardasil are merely a coincidence.

Oct. 25: Boys also to be routinely vaccinated with Gardasil.
The CDC’s Advisory Committee on Immunization Practices unanimously recommended that 11 – 12 year old boys should be routinely vaccinated with Gardasil to prevent cancer and genital warts despite the lack of convincing data to show that HPV-related cancer is even prevalent in men or that vaccinating boys will prevent cervical cancer in girls, or that the vaccine can prevent genital warts.6 While the vaccination of boys with Gardasil was previously rejected as not being cost effective, presumably the poor rate of vaccination among girls is causing Merck to push for the opening of other markets in which to sell their expensive vaccine.Dr. Anne Schuchat director of the National Center for Immunization and Respiratory Diseases, actually stated during a CDC press briefing that, “There’s been a disappointing uptake (i.e. vaccination rate) among teen girls. HPV vaccination of males offers an opportunity to decrease the burden of HPV-related disease in both males and females.”
http://www.garynull.com/home/gary-null-phd-and-nancy-ashley-vmd-ms-gardasil-does-it-heal.html


In seeking answers to why adolescent girls are suffering devastating health damage after being injected with HPV vaccines, SANE Vax, Inc decided to have vials of Gardasil tested in a laboratory. There, they found over a dozen Gardasil vaccine vials to becontaminated with rDNA of the Human Papillomavirus(HPV). The vials were purchased in the United States, Australia, New Zealand, Spain, Poland and France, indicating Gardasil contamination is a global phenomenon.
This means that adolescents who are injected with these vials are being contaminated with a biohazard — the rDNA of HPV. In conducting the tests, Dr. Sin Hang Lee found rDNA from both HPV-11 and HPV-18, which were described as “firmly attached to the aluminum adjuvant.”
That aluminum is also found in vaccines should be frightening all by itself, given that aluminum shouldneverbe injected into the human body (it’s toxic when ingested, and it specifically damages the nervous system). With the added discovery that the aluminum adjuvant also carries rDNA fragments of two different strains of Human Papillomavirus, this now reaches the level ofa dangerous biohazard– something more like abiological weaponrather than anything resembling medicine.
As SANE Vax explains in its announcement, these tests were conducted after an adolescent girl experienced “acute onset Juvenile Rheumatoid Arthritis within 24 hours” of being injected with an HPV vaccine. (http://sanevax.org/sane-vax-inc-dis…)
rDNA found in Gardasil is genetically engineered
The rDNA that was found to be contaminating Gardasil is not “natural” rDNA from the HPV virus itself. Rather, it is a genetically engineered form of HPV genetic code that is added to the vaccines during their manufacture.

As Dr. Lee, the pathologist who ran the laboratory tests identifying the biohazard contamination of Gardasil said:
“Natural HPV DNA does not remain in the bloodstream for very long. However, the HPV DNA in Gardasil is not ‘natural’ DNA. It is a recombinant HPV DNA (rDNA) — genetically engineered — to be inserted into yeast cells for VLP (virus-like-particle) protein production. rDNA is known to behave differently from natural DNA. It may enter a human cell, especially in an inflammatory lesion caused by the effects of the aluminum adjuvant, via poorly understood mechanisms. Once a segment of recombinant DNA is inserted into a human cell, the consequences are hard to predict. It may be in the cell temporarily or stay there forever, with or without causing a mutation. Now the host cell contains human DNA as well as genetically engineered viral DNA.”
http://www.infowars.com/gardasil-hp...recombinant-dna-that-persists-in-human-blood/ 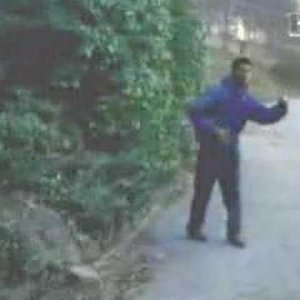