Health and Wellness : From COVID19 To The Monkey Pox, LOL

The GRIO - Owned and Run by Byron Allen
First African to be diagnosed with Coronavirus also becomes the first to recover
Kem Senou Pavel Daryl is believed to have contracted the virus while living in Zhengzhou which is the capital of China’s Henan province
By Blue Telusma - February 19, 2020

"...
After experiencing flu-like symptoms, a dry cough, and a fever on January 28th, he began a treatment of intense antibiotics and medicine usually reserved for HIV patients. Now the 21-year-old has been released from the hospital and is recovering in his dormitory while he is under the mandatory two-week quarantine period needed before being allowed back in the general population.

A recent CT scan showed no remaining signs of the virus, which makes him simultaneously the first known African to be infected and also the first to be totally cured. As of the time of this report, no other African victims of the virus have been reported..." A student from Cameroon is reportedly on the way to a full recovery after being diagnosed with the coronavirus that has plagued much of the world
thegrio.com

This story is misleading on so many different levels. Smh.

The point is that this so called disease is doing what it is expected to do. Kill and wreck havoc. He still got the disease, and he is still quarantined until "they" deem him fit.

I would proceed with caution.

Good point! Th-Ankhs for your in put!


MS234 said:
This story is misleading on so many different levels. Smh.

The point is that this so called disease is doing what it is expected to do. Kill and wreck havoc. He still got the disease, and he is still quarantined until "they" deem him fit.

That's why i used the term "so called" disease.

is amerikkka ready for a total shut down lol China's economy is slumping and the country is still suffering the effects of the trade war with America. An outbreak of a new and deadly virus is the last thing it needs.

Although those face mask companies stocks could prosper. As the coronavirus continues to spread, so does the fear of many Americans. A
Health and Wellness : Can Drinking Alcohol and cutting back on Prescription and OTC Drugs counter Spike Proteins in COVID19 as well as the Vaccine for COVID19? 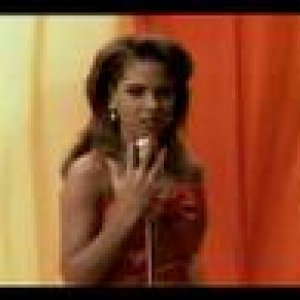