Our economy has gone into the toilet over the past 30 years, and President Obama and his advisors think "free trade" is the solution. Like Bill Clinton and both George Bush's, he's so enamored of it he's even recommending it to poor African nations.

Yet "free trade" is a guaranteed ticket to the poorhouse for any nation, and the evidence is overwhelming. The concept was introduced, in fact, by Henry VII, as something that England should encourage other countries to do while it maintained protectionism; a process known as the 1485 Tudor Plan that led to the rapid industrialization of England and the deeper impoverishment of its trading "partners."

With no evident irony or understanding of how South Korea went about becoming a modern economic powerhouse, on Friday, July 10, 2009, President Obama lectured the countries of Africa from Ghana, where he was visiting. As The New York Times noted ("Obama Wins More Food Aid but Presses African Nations on Corruption" by Peter Baker and Rachel Donadio) on July 11:

"Mr. Obama said that when his father came to the United States, his home country of Kenya had an economy as large as that of South Korea per capita. Today, he noted, Kenya remains impoverished and politically unstable, while South Korea has become an economic powerhouse."

In the same day's newspaper, The New York Times' lead editorial, titled "Tangled Trade Talks," repeated the essence of the mantra of its confused op-ed writer, Tom Friedman, that so-called "free trade" is the solution to a nation's economic ills.

"There are few things that could do more damage the to already battered global economy than an old-fashioned trade war," the Times wrote. "So we have been increasingly worried by the protectionist rhetoric and policies being espoused by politicians across the globe and in this country."

But South Korea did not become an "economic powerhouse" as a result of "free trade." Indeed, the exact opposite is the case.

South Korean economist Ha-Joon Chang's book Bad Samaritans describes South Korea's economic ascent in detail. In 1961, South Korea was as poor as Kenya, with an $82 per capita annual income and many obstacles to economic strength. The country's main exports were primary commodities such as tungsten, fish, and human hair for wigs. 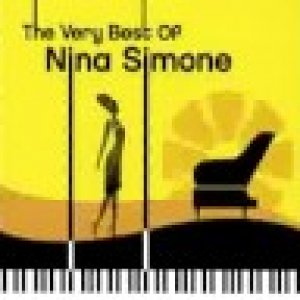