Late Monday, a majority of the FCC's commissioners indicated that they're going to vote with Chairman Julius Genachowski for a toothless Net Neutrality rule.

According to all reports, the rule, which will be voted on during tomorrow's FCC meeting, falls drastically short of earlier pledges by President Obama and the FCC Chairman to protect the free and open Internet.

The rule is so riddled with loopholes that it's become clear that this FCC chairman crafted it with the sole purpose of winning the endorsement of AT&T and cable lobbyists, and not defending the interests of the tens of millions of Internet users.

For the first time in history of telecommunications law the FCC has given its stamp of approval to online discrimination.

Instead of a rule to protect Internet users' freedom to choose, the Commission has opened the door for broadband payola - letting phone and cable companies charge steep tolls to favor the content and services of a select group of corporate partners, relegating everyone else to the cyber-equivalent of a winding dirt road.

Instead of protecting openness on wireless Internet devices like the iPhone and Droid, the Commission has exempted the mobile Internet from Net Neutrality protections. This move enshrines Verizon and AT&T as gatekeepers to the expanding world of mobile Internet access, allowing them to favor their own applications while blocking, degrading or de-prioritizing others.

Internet users deserve far better, and we thought we were going to get it from a president who promised to "take a backseat to no one in my commitment to Net Neutrality." Watch now as he and his FCC chairman try to spin tomorrow's betrayal as another "mission accomplished."

Don't believe it. This bogus victory has become all too familiar to those watching the Obama administration and its appointees squander opportunities for real change. The reality is that reform is just a rhetorical front for industry compromises that reward the biggest players and K-Street lobbyists while giving the public nothing.

It's not the FCC chairman's job to seek consensus among the corporations that he was put into office to regulate. His duty is to protect Internet users.

More than two million people have taken action on behalf of Net Neutrality. Tomorrow, we'll all get the carpet yanked from beneath our feet.

Published on Wednesday, December 22, 2010 by TruthDig.com
President Obama’s Christmas Gift to AT&T (and Comcast and Verizon)
by Amy Goodman

One of President Barack Obama’s signature campaign promises was to protect the freedom of the Internet. He said, in November 2007, “I will take a back seat to no one in my commitment to network neutrality, because once providers start to privilege some applications or websites over others, then the smaller voices get squeezed out and we all lose.”

Jump ahead to December 2010, where Obama is clearly in the back seat, being driven by Internet giants like AT&T, Verizon and Comcast. With him is his appointed chairman of the Federal Communications Commission, Julius Genachowski, his Harvard Law School classmate and basketball pal who just pushed through a rule on network neutrality that Internet activists consider disastrous.

Free Press Managing Director Craig Aaron told me, “This proposal appears to be riddled with loopholes that would open the door to all kinds of future abuses, allowing companies like AT&T, Comcast, Verizon, the big Internet service providers, to decide which websites are going to work, which aren’t, and which are going to be able to get special treatment.”

For comedian-turned-senator Al Franken, D-Minn., the new rules on Net neutrality are no joke. He offered this example, writing: “Verizon could prevent you from accessing Google Maps on your phone, forcing you to use their own mapping program, Verizon Navigator, even if it costs money to use and isn’t nearly as good. Or a mobile provider with a political agenda could prevent you from downloading an app that connects you with the Obama campaign (or, for that matter, a tea party group in your area).”

AT&T is one of the conglomerates that activists say practically wrote the FCC rules that Genachowski pushed through. We’ve seen this flip-flop before. Weeks before his 2007 net neutrality pledge, then-Sen. Obama took on AT&T, which was exposed for engaging in warrantless wiretapping of U.S. citizens at the request of the Bush administration. AT&T wanted retroactive immunity from prosecution. Obama campaign spokesman Bill Burton told Talking Points Memo: “To be clear: Barack will support a filibuster of any bill that includes retroactive immunity for telecommunications companies.”

But by July 2008, a month before the Democratic National Convention, with Obama the presumptive presidential nominee, he not only didn’t filibuster, but voted for a bill that granted telecoms retroactive immunity from prosecution. AT&T had gotten its way, and showed its appreciation quickly. The official tote bag issued to every DNC delegate was emblazoned with a large AT&T logo. AT&T threw an opening-night bash for delegates that was closed to the press, celebrating the Democratic Party for its get-out-of-jail-free card.

AT&T, Verizon, cable giant Comcast and other corporations have expressed support for the new FCC rule. Genachowski’s Democratic Party allies on the commission, Michael Copps and Mignon Clyburn (the daughter of House Majority Whip James Clyburn), according to Aaron, “tried to improve these rules, but the chairman refused to budge, apparently because he had already reached an agreement with AT&T and the cable lobbyists about how far these rules were going to go.” Clyburn noted that the rules could allow mobile Internet providers to discriminate, and that poor communities, particularly African-American and Latino, rely on mobile Internet services more than wired connections.

Aaron laments the power of the telecom and cable industry lobbyists in Washington, D.C.: “In recent years, they’ve deployed 500 lobbyists, basically one for every member of Congress, and that’s just what they report. AT&T is the biggest campaign giver in the history of campaign giving, as long as we have been tracking it. So they have really entrenched themselves. And Comcast, Verizon, the other big companies, are not far behind.”

Aaron added: “When AT&T wants to get together all of their lobbyists, there’s no room big enough. They had to rent out a movie theater. People from the public interest who are fighting for the free and open Internet here in D.C. can still share a cab.”

There Goes the Internet

“Obama signed the death warrant for Internet Neutrality when he appointed Julius Genachowski as FCC chairman.”

The Federal Communications Commission’s failure to ensure Internet neutrality signals the beginning of a kind of Oklahoma land rush up and down the digital highways. The FCC has fired the starting pistol to allow giant telecommunications corporations to make their mad dash into what was formerly public space, and stake their own, private claims while charging rent and tolls and fees from horizon to horizon. We, the public, are to be treated like the Indians of Oklahoma, in 1889, dispossessed in favor of business and commerical interests. President Obama is the Great Father in Washington who spoke with forked tongue when he swore that he would “take a backseat to no one” in the cause of Internet neutrality.

President Obama, of course, controls a majority on the FCC, and is ultimately responsible for the commission’s decision. He can’t claim that the Republicans forced his hand by holding anything hostage. No, Obama stabbed Internet neutrality in the back because that’s the job description of a corporate politician – to facilitate the orderly dispensing of public property to private pockets.

The FCC decision was described as a “compromise” between public and corporate interests. Politicians like Barack Obama believe that corporations have an inalienable right to make ever-increasing profits, and that right supersedes any claims by the non-corporate citizenry. Therefore, it is perfectly logical that the wireless sector of the Internet – which is growing by leaps and bounds and holds the most promise of fantastic profits – become a playground for the corporations, who will be allowed to do pretty much as they see fit. On the non-mobile side of the Internet, the FCC’s new rules are full of loopholes, allowing Internet carriers to create fast lanes for higher paying companies and customers. Think of the Internet as a vast plain on which a great city is to be built. Now, consider that a few huge corporations will be given the privilege to draw the grid for that new city, and to decide who gets to live in the high-class neighborhoods, and who winds up in the ghetto.

The FCC's decision was totally predictable. Just as Obama guaranteed that the banks would would rob the U.S. Treasury blind, when he brought Bill Clinton's old Wall Street gang into the White House, so Obama signed the death warrant for Internet Neutrality when he appointed Julius Genachowski as FCC chairman. Genachowski was the top communications advisor to the Clinton White House and an architect of the Telecommunications Act of 1996. That infamous legislation led directly to the greatest corporate consolidation of radio and television stations in American history. Julius Genachowski is one of the reasons that today's radio and TV landscape is such a wasteland of corporate sameness. Now, he is positioned to do the same thing to the Internet,

A
Black People : Food Should Be Free

C
Black People : The Dream That Never Was Meant To Free Your Mind 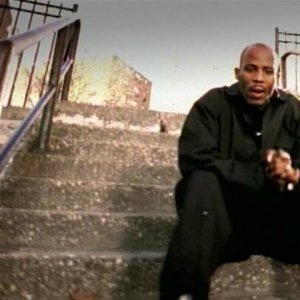