Black Spirituality Religion : Food ,Space and Soul- As per Veda

Food ,Space and Soul- As per Veda

Food is inert matter (Annam) and on oxidation (Prana), it produces inert energy. This energy is converted into awareness or chit. The Veda says ‘Annat purushah’. This inert energy is transformed into soul and this inert energy maintains the entire world as cosmic energy (Jeeva bhutam…the Gita). The Veda says that space is produced from soul. Here soul denotes inert energy only, which is its basic form. Therefore, the space is also inert. Otherwise space should have been a living being with awareness. According to Einstein space is geometrical only and exists as long as matter exists. But space is geometrical required for the waves to occupy and propagate. So, even if all the matter is converted into energy, space can still exist. As long as space exists energy has to exist because space is also a form of energy. Of course, if you speak of energy also in terms of matter, you can say that space exists as long as matter exists.

The condensed energy is matter. This means energy can be diluted and so energy or space expands. This represents the theory of constant expansion of space. In Maha Pralaya, the design of the world exists which needs space. If only awareness disappears by destruction of all living beings, it is called as Pralaya. If all the matter disappears leaving energy, it is Maha Pralaya. Disappearance of matter means transformation of matter into energy. Similarly disappearance of awareness means transformation of awareness into inert energy. Up to this concept both God and energy exist like Father and mother. Up to this, both inference (philosophy) and perception (science) travel together like parents. The follower of Shakti cult (Shakteya) says that the energy itself is God and thus he is just the present scientist. He is better than Advaitin, who says that awareness is God. Even in Maha Pralaya at least energy exists.

Awareness disappears even in Pralaya. Of course both these become one and the same if the awareness is also considered as energy basically. Both these depend on perception only. They too depend upon inference, but their inference is based on perception. The fire is inferred from smoke, because the relationship of fire and smoke is already seen (perception) in kitchen. Therefore awareness, the inferred God by Advaitin is imaginable and even perceivable through intricate modern instruments. Such inference is based on perception only. The inference of God should be based on scriptures like the Veda. The interaction of Father and mother is inferred by seeing the interaction of a couple later on. Such inference is perception based. But the interaction of God is never perceived, because God is never perceived since God is beyond even the imagination. Maha Karana Pralaya represents the dissolution of energy completely, which means the disappearance of space. The situation becomes unimaginable. The space of the dream disappears but still the brain exists in the absolute space.

The mind (nervous energy) requires absolute space for existence. Thus existence of absolute space (Paramavyoma) is required for the existence of God. Since no item in the creation can stand as perfect representative of God, this problem comes. The existence of Paramavyoma again speaks about the existence of energy in more subtle form. The dissolution of energy to the fullest extent leads to complete unimaginable situation, which was exactly the situation before creation. Such a great devotee leaves the science and perception completely. He believes only in the Veda. He believes only in God as the absolute cause every time after Maha Pralaya. Such a great devotee never falls as he depends only on God as the root of root cause (Maha karanam). Jesus believed God in such a way.

Shankara’s advaita is actually this concept only. An atheist cannot travel to this distance and so He (Shankara) stopped at the concept of awareness only so that every atheist is attracted and feels that the absolute is in him and finally he can become the absolute God. Even the concept of Pralaya is not brought here and awareness was declared as eternal. For the sake of a theist, awareness is eternal and remains in deep sleep and also in Pralaya. But the atheist should realize that awareness is not present in deep sleep since one is not aware of even the soul, which is awareness of awareness as found in meditation. The enquiry of the source of ‘I’, which represents the fundamental characteristic of awareness in deep sleep reveals the whole story. The inert energy is the source of ‘I’ as realized from the analysis of deep sleep. 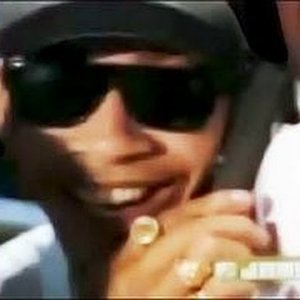