LMagere said:
Science is trying to explain the world we live in, if it is in this universe then it is natural. 4% of the universe we know about, and 96% is still unknown. Dark matter and string theory are hypothesis in an attempt to explain what we observe in this universe. The big bang we know happened but we don’t yet know how and why. The easy thing do is to say god did, only you remain exactly where you started, knowing nothing.
The natural is what occurs with out mystical intervention. Supernatural would be phenomenon that require the temporally suspension of the laws of physics.

“String theory” is a hypothesis that some scientist have put forward in an attempt to unify the theory of relativity and quantum theory. Dark matter is something scientists have calculated should existed in order to explain the rapid and accelerated expansion of the universe. What is important to note is these are mathematical equations that we are not yet able to test or verify. It may be we find proof of them in the future or come up with better theories

They are many examples of the supernatural I’m sure you have read a holy book or two. Take turning water into wine as an example. You can’t just rearrange the atoms you have, hydrogen and oxygen, into some kind of alcohol. You have to manipulate there atomic structure at the quantum leave to form new atoms. Not only that but the method used is out of this world, you just command the water to change.
If god created this would and it’s a mess when he could have just got it right the first time. Why would you think the afterlife would be better? This is as good as it gets and if we want it to be better we are going to have to work at it.

I don’t know what god you believe in, but all the stories I’ve ever read or heard about god are madness.
When I was young my mother told me a story about a time when god came to Africa. He killed all the first born children because a king would not let his people go. I understood the king was a bad man, but what did the children do to this god? This world may be a mess but we do not show admiration to anyone who intentionally murders children.
Click to expand...

you have a habit of giving a winkipedia definition of terms i toss at you. i already know that, after all i tossed the terms.
i ask you to explain how something like dark energy is not supernatural. it shapes the universe yet nobody can sense it.
how is that different from god?

you quote bible nonsense. do you know anything about african spiritual systems?
if you are black and know nothing of your own heritage that's like a jew that never heard of the torah.

maybe you might stop running your mouth and learn?
L


I know in some religions and countries you are required to keep your mouth shut as the only way to learn. Fortunately for me this is not the case.

If you knew what dark matter was you would not be asking me to explain why it is not supernatural.

Science is universal so my explanations have to be the same as everyone else. I know you can come up with your own spiritually, but I can’t come up with my own personal science.

If you think dark matter is supernatural then you clearly don’t understand the idea at all. Talk about not knowing your heritage, science is part of the black heritage. To this day science is practiced by black people around the world. They would be astonished at your clam that astrophysics has anything to do with the supernatural. As we can forgive a Jew for not knowing the torah I’m sure we can forgive a black person for not knowing this part of their heritage.

Put it this way it’s like asking me to explain why gravity is natural and god supernatural. So, ones again, dark matter is a force we think is coursing the universe to expand at an accelerated rate.

They are so many African religions that I will not assume to know your god. I need a definition of what god is to you and what your god can or can’t go before I can say anything about it.

The gods I know off, there is no evidence of them and the things people clam they do explain nothing about this would.

What African spiritual systems are you talking about? I know of several African religions but they are not universal. To me you can’t prove or disprove there is a god or a sprit so a system based on something you can or cannot prove would be misguided.

As for my heritage I know a little about being black but I’m not an expert. Just because I’m black does not mean I have to believe in gods and spirits. I am not an expert in all things black but I do know my history and my culture. Some of it is wonderful and some of it is nothing to be proud off. They are Jews who know of the torah and do not believe in it. They are also black people who know about sprites and witch doctors and know they are not true.

A
Black Spirituality Religion : Finding out who are Ancestors are for worship
2 3 4 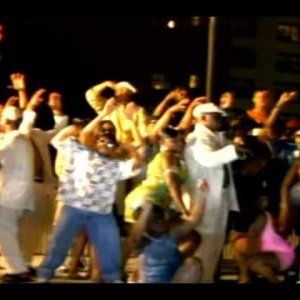