Dan Rafael said:
It will be the "Golden Boy" vs. the "Pretty Boy" in the biggest fight that can be made in boxing.

"Done deal, baby! Done deal," an excited De La Hoya said. "I wanted it. How could I not be excited? I took this fight because, like always, I always want to take on the best, and Floyd is considered the best in the world. Here we go again.

"My thinking wasn't financial. It had to do with it being the biggest event out there and wanting to fight the best and be the best."

Said Leonard Ellerbe, Mayweather's best friend, adviser and assistant trainer, "They are the two biggest names in the sport and them coming together is going to be one of the biggest events in the history of the sport. It gets no bigger than this. We're very happy that we were able to come to an agreement. We really want to thank Oscar for giving us the opportunity. This is what the fans wanted and this is what they are going to get."


De La Hoya Not Finished Yet
Now that the much-anticipated super fight between Oscar De La Hoya and Floyd Mayweather is set for May 5, 2007, one of the key questions surrounding the bout is will it be the farewell fight for both champions?

After dominating Carlos Baldomir to win the welterweight world title on Nov. 4, Mayweather said during his emotional post-fight news conference that he would only fight once more. At 29, Mayweather, who has won five titles in four divisions, said he planned to walk away at his peak.

De La Hoya, 33, has also talked plenty about retirement in recent months, and has said numerous times that he planned to retire after fighting in May.

However, De La Hoya told ESPN.com on Monday night that he has changed his mind and that his bout with Mayweather won't be his last.

De La Hoya knocked out Ricardo Mayorga six months ago to win a junior middleweight title, and afterward talked about his numerous injuries and his desire to move full-time into promoting.

But now De La Hoya has changed his tune.

"I feel good," he said. "When I was training for the Mayorga fight I felt fresh even if I had some nagging injuries. It will be a year off for me since the Mayorga fight and I just feel good. I feel young. No wear and tear. Obviously, there have been injuries. But I am doing this pre-camp so I can strengthen the areas of the injuries [to his hand, shoulder and elbow]. My reflexes, my power, my timing, it still feels great."

How much longer will he fight?

"As long as I can still feel the timing and the speed is good, I can keep on going for a few more fights," he said. "If I see that first sign of slipping, I am pretty sure I will be able to say, 'Hey, enough is enough.'"

De La Hoya's wife, Millie, has wanted to him to retire for the past few years and has made no secret about it, especially after the recent birth of Oscar Gabriel, their first child together.

But De La Hoya said she is resigned to him fighting now.

"She's accepted it," De La Hoya said. "She's a trooper and she accepts the fact that she married a fighter and she knows that I love boxing."

The site, according to Golden Boy Promotions CEO Richard Schaefer, will be either the MGM Grand in Las Vegas, where De La Hoya has fought four fights in a row and six of his last eight, or the Staples Center in Los Angeles, where he headlined the first card in arena history.

Schaefer and Mayweather adviser Al Haymon had been negotiating the fight for some time, but talks heated up in the immediate aftermath of Mayweather's shutout decision against Carlos Baldomir to win the welterweight title Nov. 4.

Hopeful that the offer would be accepted, Schaefer hung out at the Golden Boy offices in downtown Los Angeles to wait for the signed contract to be faxed to him.

"They were an hour early. It's done," Schaefer said. "History has been made today. It will be one of the biggest fights in history. Our goal is to break all records."

Terms were not disclosed, but both sides said that the fighters will make career-high purses. In De La Hoya's case, that means more than $25 million. For Mayweather, it means at least $10 million. Both will probably earn much more than that if the pay-per-view is a hit.

"We are just glad we were able to come to the agreement," Ellerbe said. "Oscar is a great businessman, him and Richard both. The negotiations were smooth. We didn't have any problems. This is about giving the fans what they want. And it's about Floyd's legacy in the sport. Floyd wants to go down as the best ever and Oscar is the biggest name in the sport."

De La Hoya has been the cash cow of boxing for years, participating in many of the biggest pay-per-view fights in history. His 1999 welterweight unification fight with Felix Trinidad generated a non-heavyweight record of 1.4 million buys. The all-time buy record is the 1997 rematch between Evander Holyfield and Mike Tyson, which did 1.99 million subscriptions. Lennox Lewis' knockout of Tyson in 2002 did 1.93 million buys, but grossed a record $112 million because the cost of the pay-per-view was higher than it was for Holyfield-Tyson II.

De La Hoya, 33, is aiming to break both records, and it is conceivable that, with six months to market and promote the fight, it could.

"I look at it this way: My fight with Ricardo Mayorga [in May] did 925,000 without the kind of sponsors and marketing we will have for this fight," De La Hoya said. "We have some heavy dollars in this fight with my sponsors. Not a single soul will not hear about this fight. Can we break the record of 1.99 million? I think we can. We're shooting for 2 million."

Besides the fact that the fight matches two of the best in business, there is another potential storyline sure to add drama and fuel to a hot fight.

De La Hoya is trained by Floyd Mayweather Sr., the estranged father of Floyd Jr. If Mayweather Sr. stays on as De La Hoya's trainer, a father training a fighter to beat up his son adds a rubber-necking dimension to the fight.

Floyd Mayweather Jr. won the welterweight world title with a unanimous decision over Carlos Baldomir on Nov. 4.
De La Hoya, however, said he and Mayweather Sr. have not yet had a serious talk about it. De La Hoya said he will be in Las Vegas later this week and plans to meet with Mayweather Sr.

"I will sit down with him and talk about this," De La Hoya said. "I want to see how he feels. I want to look into his eyes and see if he is going to be as passionate as I am when we are in training. I want us both to be comfortable with the situation. I don't want him to come to Puerto Rico to train me for the fight and have it be awkward. I want to make sure we are on the same page."

If Mayweather Sr. doesn't have the stomach to train De La Hoya to beat his son, De La Hoya said he will make other arrangements.

"Floyd Mayweather Sr. should be my trainer until the day I retire," De La Hoya said. "I don't think there is any reason to change trainers. He gets me going and he gets me motivated. But I am prepared if he says no to me. I am prepared to move on and get somebody else. That somebody else, though, I am not sure who it is."

De La Hoya, who hasn't fought since his sixth-round knockout of Mayorga in May to win a 154-pound belt, said he is already getting in shape to fight Mayweather.

"I already flew out my strength and conditioning coach [Rob Garcia] to Puerto Rico," he said. "We are already working. We're working on my diet and weight training. When I step in that ring, I will go hard. I will be a trained machine. That's why I started a week ago."

Mayweather is also pumped up for the fight, Ellerbe said.

"Floyd is extremely excited. This is the fight he has wanted his whole career," Ellerbe said. "When it got done, Floyd called me and he told me to get ready to go to the gym in about two hours."

Sometime after the start of 2007, Schaefer said there would a national press tour to announce the fight.
Click to expand...

The fight is on. 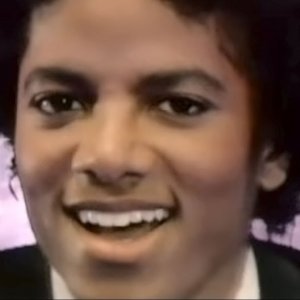