The genitalia-washing program is part of a larger $12-million UCLA study examining how to better encourage Africans to undergo voluntary HIV testing and counseling – however, only the penis-washing study received money from the 2009 economic stimulus law. The washing portion of the study is set to end in 2011.

“NIH Announces the Availability of Recovery Act Funds for Competitive Revision Applications,” the grant abstract states. “We propose to evaluate the feasibility of a post-coital genital hygiene study among men unwilling to be circumcised in Orange Farm, South Africa.”

Because AIDS researchers have been unsuccessful in convincing most adult African men to undergo circumcision, the UCLA study proposes to determine whether researchers can develop an after-sex genitalia-washing regimen that they can then convince uncircumcised African men to follow.

“The aim of the proposed feasibility study is to evaluate the feasibility and acceptability of a post-coital male genital hygiene procedure, which participants will be asked to practice immediately post-coitus or at least 12 hours after,” reads the abstract.

Entitled “Community-Based HIV VCT: South Africa,” the name of the broader umbrella project, the program plans to test how well received the penis-washing regimen is among South African men.

If most of the men in the study wash their genitals after sex, are willing to do so after the study ends, and report that their partners accept the regimen, the researchers will develop another study to see if the “penile cleansing procedure” actually works to prevent HIV infections.

“If we find that men are able to practice consistent washing practices after sex, we will plan to test whether this might protect men from becoming HIV infected in a later study,” the grant says.

The study’s lead investigator Dr. Thomas J. Coates was the fourth highest-funded researcher in the country in 2002 and is currently conducting HIV research on three continents.

CNSNews.com asked both Coates and NIMH the following question: “The Census Bureau says the median household income in the United States is $52,000. How would you explain to the average American mom and dad -- who make $52,000 per year -- that taxing them to pay for this grant was justified?”

Just wondering.....did they also conduct a $12 Million dollar study to determine that African men don't wash their genitals after sex, or was that just a 12 cent assumption?

Full Speed said:
Just wondering.....did they also conduct a $12 Million dollar study to determine that African men don't wash their genitals after sex, or was that just a 12 cent assumption?
Click to expand...

Your guess is as good as mine, but i refuse to believe the US government (who's currently crying BROKE) is spending that much money to teach Africans how wash their genitals..

I'm sorry but if a guy just washing himself stopped Aids wouldn't we all have heard about that ages ago? Or am I missing something here?

Amnat77 said:
Your guess is as good as mine, but i refuse to believe the US government (who's currently crying BROKE) is spending that much money to teach Africans how wash their genitals..

Oh, I have no doubt that they are. Our government has a LONG history of wasteful spending on rediculous "research" projects.

ANOTHER EXAMPLE OF WASTEFUL "RESEARCH"

$2,573,000 for potato research in four states requested by five senators and four representatives. A September 23, 2009 article on MSNBC.com called McDonald’s “the holy grail for potato farmers.” The article stated, “Because McDonald’s buys more than 3.4 billion pounds of U.S. potatoes annually, it has the power to dictate whether a variety sprouts or winds up in the less-lucrative supermarket freezer’s crinklecut bin — or worse yet, banished to become dehydrated taters.” With such a vested interest in keeping the potato market alive, the private sector should pay for the research. Every taxpayer should get fries with that $2,573,000. 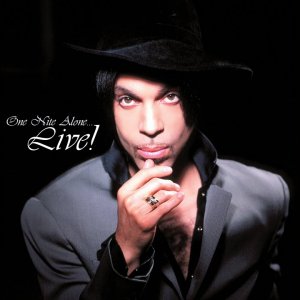