Here's a nice scam, since they manipulate the value of the dollar, the availability of cash, and the interest rates, they come out like a fat rat in a cheese factory by causing the value of gold to go sky high from thier manipualtions

MANCHESTER, Conn.--(BUSINESS WIRE)--The Federal Reserve System has disclosed to the Gold Anti-Trust Action Committee Inc. that it has gold swap arrangements with foreign banks that it does not want the public to know about.

The disclosure, GATA says, contradicts denials provided by the Fed to GATA in 2001 and suggests that the Fed is indeed very much involved in the surreptitious international central bank manipulation of the gold price particularly and the currency markets generally.

The Fed's disclosure came this week in a letter to GATA's Washington-area lawyer, William J. Olson of Vienna, Virginia (http://www.lawandfreedom.com/), denying GATA's administrative appeal of a freedom-of-information request to the Fed for information about gold swaps, transactions in which monetary gold is temporarily exchanged between central banks or between central banks and bullion banks. (See the International Monetary Fund's treatise on gold swaps here: http://www.imf.org/external/bopage/pdf/99-10.pdf.)

The letter, dated September 17 and written by Federal Reserve Board member Kevin M. Warsh (see http://www.federalreserve.gov/aboutthefed/bios/board/warsh.htm), formerly a member of the President's Working Group on Financial Markets, detailed the Fed's position that the gold swap records sought by GATA are exempt from disclosure under the U.S. Freedom of Information Act.

When, in 2001, GATA discovered a reference to gold swaps in the minutes of the January 31-February 1, 1995, meeting of the Federal Reserve's Federal Open Market Committee and pressed the Fed, through two U.S. senators, for an explanation, Fed Chairman Alan Greenspan denied that the Fed was involved in gold swaps in any way. Greenspan also produced a memorandum written by the Fed official who had been quoted about gold swaps in the FOMC minutes, FOMC General Counsel J. Virgil Mattingly, in which Mattingly denied making any such comments. (See http://www.gata.org/node/1181.)

The Fed's September 17 letter to GATA confirming that the Fed has gold swap arrangements can be found here: 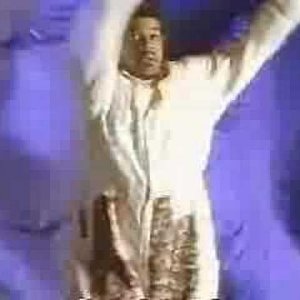