Devotees are confused about who is Father , Son and Holy Spirit. Today all their spiritual doubts will be clarified for ever.

God comes to this world by entering a deserving devotee existing on this earth called as SON OF GOD to become human incarnation of God. The original God is unimaginable, and invisible. Such God enters an energetic form in the upper world and is called FATHER OF HEAVEN. This Father of heaven enters to a deserving devotee existing on the earth to become SON OF GOD or HUMAN INCARNATION OF GOD. Thus Jesus was such SON OF GOD to whom FATHER OF HEAVEN ENTERED for the mission of divine knowledge propagation in this world. Whoever has seen alive Jesus that time had seen Father of heaven only, this is the only way for human beings here, when any human being meeting present SON OF GOD he had seen the Father of heaven. This was the reason why Jesus told to Philip that when he had seen Jesus he had verily seen Father of heaven only.
When the same God enters formless energy it become Holy Spirit.
Thus:
Unimaginable absolute God = Father of Heaven = Son of God (God-in-Flesh or Human incarnation) = Holy Spirit

Let us analyse in detail these divine knowledge.

Hence, there is no difference between Father and Son since both are the incarnations of unimaginable God only. Both are like the two hands doing the same work and two legs walking in the same direction. Jesus is the human incarnation like cotton shirt and the divine Father of heaven is the energetic incarnation like silk shirt of the same person called unimaginable God. Jesus says that the Son of God (Himself) will judge the souls and not the Father.

The meaning of this statement is that though Father and Son are one and the same, you have to call the mediated unimaginable God by the name of the Son of God only since the Son of God (human incarnation) is relevant to this humanity and not the Father (energetic incarnation), who is relevant to the energetic souls present in the upper world only. When a person staying in the state of Tamilnadu says ‘our chief minister’, he is only referring the chief minister of the state of Tamilanadu only and not the chief minister of Orissa though both are the same chief ministers only.

Here death means the state in which God is forgotten (Ref.: Sanat Sujitiyam of Mahabharata) and life means the state in which God is always remembered. It is crossing over the worldly bonds to reach bond with God. The believer in the human incarnation participates in the propagation of the knowledge of human incarnation and such a divine servant will not be judged in the upper world since his/her file will be kept inactive in cold storage. Other ordinary souls are judged and dispatched to the concerned upper worlds like heaven and hell as per the judicial inquiry of the file of the soul. 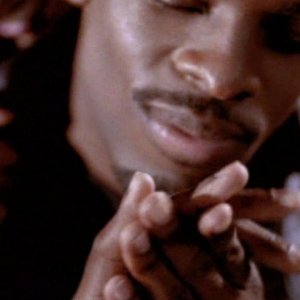