Black Positive People : Family living in public housing makes half a million a year, and HUD's OK with that

Ok I understand it now. That family is paying the highest rate. Once you're in you're in. I do see how this works now. I can't imagine making that kind of money and living in what I see pictured. If they didn't kick me out I would evict myself. Thanks so much for the information/link.
JenaBee....."If the elevator tries to bring you down, go CRAZY" Prince

Vile, selfish creatures to deny the true needy of housing....I hope their karma is exacting.

JenaBee63 said:
Ok I understand it now. That family is paying the highest rate. Once you're in you're in. I do see how this works now. I can't imagine making that kind of money and living in what I see pictured. If they didn't kick me out I would evict myself. Thanks so much for the information/link.
Click to expand...

Right, applies to both, the tenants and Hud.

I worked for the Housing Authority/HUD in OK at one time. These type of high income Black people living in income based housing, who came into money after being income eligible for low income housing, suffer from sever slave mentality. (Im assuming they are Black).

There were several in OK. Not to the income mentioned in the article, I don't think, but middle class.

Many became eligible after losing high income jobs and applied, IMO, out of panic. The 4 bed room apartments were in high demand and usually the nicest,

I was a housing specialist which included collecting rent. I became courious about who are these people paying more than $1,000 a month to live in "the projects". So I started asking. You have enough income to live anywhere, why don't you move? Move.

The answer, from everyone I asked, was the same: FEAR. fear that what led them to low income housing could happen again. A type of fear that I couldn't persuade anyone might not happen again.

What I learned from working there is you really can't predict your future. We're all just one paycheck away from low income housing. Have a plan. Save.

There were senior citizens who sold their home to move into senior citizens housing. The kids were grown and they couldn't use the stairs or take care of the yard. Some sold homes for as much as a $100,000.

After working there I declared I would only purchase a ranch style home.
I've worked many jobs (military) and the Housing Authouity was the most revealing to the fear people feel with change. And the adjustment to being comfortable in a financially safe environment.

One day, I'll never forget, is the wife of a local news anchor came in the office in panic and crying. She told me her story about her husband having an affair
And they were talking about divorce. She would need a place to live.
The 13th Amendment states: “Neither slavery nor involuntary servitude, except as a punishment for crime whereof the party shall have been duly convicted, shall exist within the United States, or any place subject to their jurisdiction.” 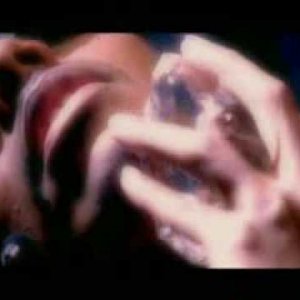