Ezekiel was a major Jewish prophet; author of the OT book of Ezekiel; one of the captives of the Babylonian exile, Vision of God; parable of the two Eagles and the Vine; the Fall of Jerusalem with Jews using dung as fuel to cook food and various prophecies about other nations.

Ezekiel had a vision about a wheel which was an allusion to the Zodiac. Farrakhan turns this into a spacecraft that comes to kill the Jews, white folks to take over land, resources and bring reparations and justice to the blackman.

I was concerned with their Jewish leader after their Temple was destroyed in 70AD. Priest Zakai, had obtained Vespasian permission to establish a school at Yaveh. In return the rabbis now taught pacifism and accommodation to Vespasian’s imperial wishes. This was also the fate of the Gospels where messianic leaders were turned into the image of the Caesars (Vespasian, Titus, Domitian) to accommodate, appease, submit and pacify to Rome.

Readers should familiarize themselves with Chapter fourteen of Joe Atwill’s Shakespear’s Secret Messiah. The chapter is called “The scope of Roman planning: Rabbinical Judaism”. I will quote two short passages from Atwill’s interpretation of the Talmud writings and leave it up to you to pick up the book and find out additional facts:

“Moreover, Josephus application of the Star Prophecy to Vespasian is the moment when Messianic Judaism was converted into the Caesar cult of Christianity. At that moment, Caesar became the Messiah of Judaism. Below is the passage from War of the Jews 3,8,1-8) describing Josephus escape and subsequent interview with Vespasian, notice that like Jesus, Josephus was in the cave for three days and was discovered by a woman” p.400

1. Both take place during a Roman siege

2. Both involve the defection of a Jewish priest to the Romans

3. In each the priest figuratively returns from the dead

4. Both involve a waiting period of three day

5. In each the priest is taken to Vespassian

6. In each the priest applies the “Star prophecy” to Vespassian

7. In each Vespasian rewards the priest

8. Both stories are the beginning of a religion Rabbinal Judaism & Christianity

One again the author has chosen to use a passage that is clearly related to the siege of Jerusalem, Ezekiel VII. Moreover, Ezekiel VII describes an ending the contract between God and Israel (Ezekiel 7:3-6 & 19)

“By the application of Ezekiel VII at this precise point the author cleverly set the stage for the passage that immediately follows, in which Zakkai applied the star prophecy to Vespasian and thereby ended Israel’s covenant with Yahweh and turned Judaism into a Flavian religion.

The application of the passage from Ezekiel is the exact perspective of the Flavians and the Gospels. That is that the Jews were wicked-because they had rebelled from Rome-and the “lord” Titus-came and punished them. At the very least, by the application of this passage from Ezekiel the author is implying that the Flavians were the agents of God’s wrath. In the above passage the author also continues to mimic the black comedy regarding cannibalism (penis eating) in the New Testament p.410-411.

Farrakhan uses other passages from Ezekiel to dream of a mother-plane to spit out an army of smaller planes to come and destroy Israel and other peoples and nations in like manner of Titus and Vespasian. In an apparent response the Jewish controlled Hollywood released a film Independence Day with the same scenario as Farrakhan’s dream except that the movie reverses the victors and losers.

Those who say they are Jews and are not, please take off your sunglasses and see the Trinity of the Caesars: Vespasian, Titus and Domitian. Breaking News Flash You are not worshiping Jesus Christ because he’s wearing the mask of Roman freaks. Stop eating at their Military victory dinner/Supper Party (Rev 19:18). You know not what you eat. The real Christ was stripped naked on the cross, castrated and sodomized like Paul. SATAN WROTE THE GOSPELS. But yet and still you can’t wait to get into the Flavian Kingdom/Heaven which requires some sacrifice. You can’t get married because your reduce to an Angel being neither male of female=not circumcised or uncircumcised (A Eunuch) Just like the original Christ who was whipped and clipped and stating in Revelations not to worship him because he’s a fellow servant=Angel (Rev 22:8-10). So you can’t play with your organs because u got none , you just left with the violin and the harp. You been turned into donkeys, pigs and fish. So you can play a little jazz music of the trumpet like the sound of a braying ***/donkey; or oink when you fart and pass some gas; and then Roar like rushing waters (Rev 14:2) like the lamb do.

I’m color blind to the vision of Farrakhan through the prism of Ezekiel. I will get out of Dodge and Louie can get out of town. We have seen a similar sinister scheme of misusing OT passages. This vision deserves to be flushed down the drain and toilet. You see what I’m saying? 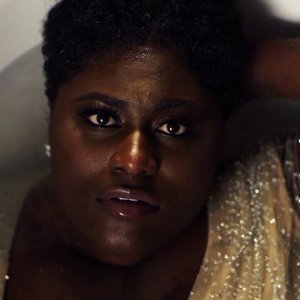