People are always screaming about how much they love black people but when information like this comes out they don't even share it. They find out they were wrong, or find out they were tricked, and they just sit on it. They never warn others. That's one of the main reasons there are so many black informants in the black community leading black people down the wrong paths, and why there's no hope for black America. People like Umar Johnson, Polite, Young Pharaoh and others have scammed the black community out of hundreds of thousands of dollars, but were able to come back after being exposed. "I didn't know they did that." "I didn't know they got exposed." Exactly! That's what I mean. Why is it that you don't know? How is it that all black people don't know

In America sometimes violence and even the implied threat of violence is the only way. It's the legacy of revolution.

That's one of the main reasons there are so many black informants in the black community leading black people down the wrong paths, and why there's no hope for black America.

Exactly! That's what I mean. Why is it that you don't know? How is it that all black people don't know
[/QUOTE
Sadly, aren’t the New Black Panther Party are a reaction to the so all-pervasive WAR still being waged on non-whites generally, African Americans specifically, which didn’t stop the FBI and the rest of USA establishment murdering 28 of the original Black Panthers did it, so why are any of us surprised that the New Black Panther Party are determined to take a different road?

If you’re inexperienced … whatever, who cares; you can learn. But when you lie ….


And something I just found out because of all of this is that people still follow Tariq Nasheed. That’s insane. He’s a bigger agent!


How much do you care about your people if you would support or tell them to join or follow a group led by a lying, deceiving, pride-filled, hot-headed actor with no knowledge of black issues or guns and who smells like an agent; and do so when guns are involved???

Or maybe you do care about your people but you lack so much discernment and common sense that you’re still a threat to your own people.

The Black Gun Owners Association ignored clear warnings and clear evidence about this guy, and they continued to support him and lead black people to him.

Black people, you want to deal with guns, but these are the people you follow?

Shouldn’t it take more than just knowledge of guns, shooting skills and connections in the gun community to lead any people with guns? You would think so. 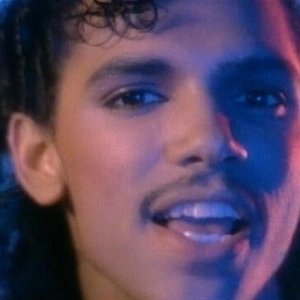