Black Atheists : "Evil, the New Atheism, and the God of the Trinity" - Jacob H. Friesenhahn

Recently the so-called Four Horsemen of the New Atheism lost one of their members, as Christopher Hitchens succumbed to esophageal cancer in December of 2011. Although the remaining horsemen—Richard Dawkins, Daniel Dennett, and Sam Harris—often irritate more than intrigue, with their crass materialism and strident rejection of all things religious, I always found Hitchens too fascinating to ignore. His spirited challenges to Christian theism, both in his book god is Not Great1 and in his numerous public lectures and debates, continue to shape my theological reflections. While perhaps no less a materialist and certainly no less a critic of religion than the other popular New Atheists, Hitchens was clearly a man of letters, a most gifted writer, a formidable debater, and a public intellectual with an impressively quick wit. What I admired most about Hitchens was his consuming sense of justice and his sense of moral outrage. As a polemicist and controversialist par excellence, Hitchens tirelessly sought to demand justice whenever and wherever he found it wanting.
Some theists, especially those of a more academic stripe, scoff at the fad of New Atheism. They speak of its intellectual inferiority and draw unflattering comparisons between today’s atheist celebrities and past philosophical giants of atheism, such as Arthur Schopenhauer, Ludwig Feuerbach, Friedrich Nietzsche, Karl Marx, and Sigmund Freud. Nonetheless, I suspect that what many theists, including many Christians, find troubling about the New Atheism are not the questions that can too easily be answered but those questions that, if we are honest, we struggle to answer or simply cannot answer. In this regard, I find several of Hitchens’s favorite attacks on Christian theism to be noteworthy and, as I will highlight, many of his best polemics against religion return in various ways to one core issue: the problem of evil.
During a debate held at the March 2009 Christian Book Expo in Dallas, Texas, Hitchens sat on a panel with four different Christian apologists: William Lane Craig, Douglas Wilson, Lee Strobel, and Jim Denison. The moderator of the debate, himself also a Christian, spoke of his struggles with cerebral palsy and suggested that Christianity offers great consolation to those who suffer. He then wondered what the highbrow, intellectual atheism of Hitchens could offer to the suffering. Hitchens responded by telling the story of an Austrian woman who was abused by her father over the course of twenty-four years and posed a series of questions to his Christian interlocutors. How can the Christian justify such terror as part of God’s plan? How can the Christian justify heaven’s indifference to such suffering? Is the Christian answer merely a glib supposition that this woman will have, in Hitchens’s words, “a better time next time,” as heaven somehow makes good all the horrors that happen here below such that the divine permission thereof is morally sound after all?
Click to expand...

This is a pretty interesting article from the opposing side (for lack of a better term) about the arguments from the "four horsemen" (of the Non-Apocalypse) and which arguments were viewed as harder to answer/more threatening to a theist.

Black Atheists : The Existence Of Evil, The Argument...
2

Black Atheists : Is atheism the reason for Ta-Nehisi Coates' pessimism on race relations?

Black Atheists : Atheism - A History of God (The Polytheistic Origins of Christianity and Judaism) 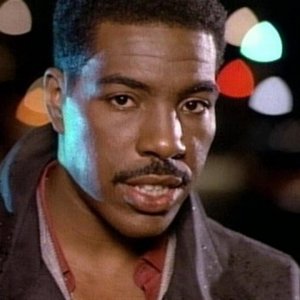