...
Question: "Should Jerusalem be the capital of modern-day Israel?"

Answer: Jerusalem figures prominently in both biblical history and biblical prophecy, and it is currently the focus of much controversy and political wrangling. As of December 6, 2017, the United States has recognized Jerusalem as the official capital of Israel, acknowledging the facts of history but rankling the Muslim world, all politics aside, the declaration that Jerusalem is the legitimate capital of Israel is biblically and historically accurate ...

Symbol of America said:
Some Geopolitical forums with GlobalTuners apps are receiving a bunch of disturbing sigint reports. Prevailing theory is the Palestinians are so dejected they have no fight left in them right now except to violently protest which is pretty exasperating even for them. Seems ISIS, Al-Qaida and the Taliban are ramping up for some type of Caliphate. Too soon for me to verify this stuff but somethings going on. If nothing blows up by Monday, could be the usual CIA/Mossad probe false flag test.
Click to expand...

If this helps any, Jesus, Yashua, Eashoa was born in Bethlehem of Judea, which is known today as Palestine (West Bank). So, for identity purposes, he could be considered a Palestinian Jew.

Worshippers sit around before Friday prayers on the compound known to Muslims as Noble Sanctuary and to Jews as Temple Mount in Jerusalem's Old City, as Palestinians call for a "Day of Rage" in response to President Donald Trump's recognition of Jerusalem as Israel's capital December 15, 2017 REUTERS/Ammar Awad

... The remaining 14 council members voted in favour of the Egyptian-drafted resolution, which did not specifically mention the United States or Trump but which expressed "deep regret at recent decisions concerning the status of Jerusalem."

"What we witnessed here in the Security Council is an insult. It won't be forgotten," U.S. Ambassador to the United Nations Nikki Haley said after the vote ...

What these evangelicals Christians don't understand that according to prophecy this is paving the way for the antichrist to take over the world. According to the scriptures the antichrist (spiritual opposite of Christ) will enter the Jerusalem the capital of Israel and also enter the rebuilt Solomon's Temple and proclaim himself God or the Jewish Messiah. He will bring a false peace to the world (Jews and Palestinians with sign a peace deal but it won't last). He will reek havoc on all those who oppose him and won't follow him. Now he can't achieve all of this without help. And that help may just well come from those right wing evangelical Christians.

Black Christians : 3 Ways Jesus Read the Bible That Evangelicals Are Told Not to Do

Black Christians : The Bible Has No Place In Modern America: Sobering Lessons from Donald Trump and Kim Burrell 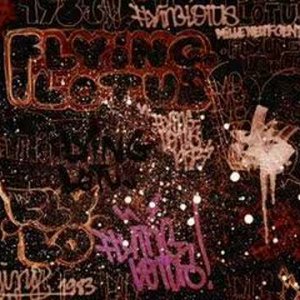