About Professor Es’kia Mphahlele
Emeritus Professor Es’kia Mphahlele (17 December 1919 – 27 October 2008) grew up in rural Limpopo and the slums of Marabastad. He went on to teach at Orlando High School before being banned from teaching for protesting against the introduction of Bantu Education; he was Literary Editor for DRUM magazine; he taught and developed Afrikan cultural programmes in other parts of Afrika and France and earned a PhD from the University of Denver (USA) while in exile.

His life’s work embraces his philosophy of Afrikan Humanism and offers over 50 years of profound insights on Afrikan Humanism, Social Consciousness, Education, Arts, Culture and Literature. The critical thoughts expressed in his writing, reveal the foresight of someone who challenges us to: “know our Afrika intimately, even while we tune into the world at large.”

He has been the recipient of numerous international awards that have sought to pay tribute to the efforts of this tireless scholar. In 1969 he was nominated for the Nobel Prize for Literature, and in 1984 he was awarded the Order of the Palm by the French Government for his contribution to French Language and Culture. He was the recipient of the 1998 World Economic Forum’s Crystal Award for Outstanding Service to the arts and education, and a year later he was awarded the Order of the Southern Cross by former President Nelson Mandela.

In 2000 Es’kia Mphahlele was awarded the Titan Prize in Literature as Writer of the Century.

Mphahlele’s life’s work represents a broad range of discourse on pertinent Afrikan issues. Its significance lies in the authenticity and relevance of Mphahlele’s response to centuries of cultural mutilation and his efforts to revive our Afrikan consciousness.

1. Mphahlele’s philosophy of Afrikan Humanism – a set of traditional values and beliefs that promote Afrikan culture and spirituality as an inclusive life philosophy for the betterment of humankind. Afrikan Humanism transcends the commercialised and simplistically defined definition of our humanism in terms of ‘ubuntu’ with its subtext of humility and capitulation.
2. Mphahlele’s conception of humanistic education based on integrated learning for living and community development. Mphahlele believed that integrated learning would lead to an enriching learning experience, in which the learner benefits from learning in the context of his/her own reality, rather than relying on foreign concepts and values.
3. Mphahlele’s vision for a multidisciplinary centre of Afrikan learning in Arts & Culturethroughout Afrika. This is the physical space in which the Es’kia Institute will implement integrated programmes of arts and cultural education, based on Mphahlele’s philosophy of Afrikan Humanism.


In this respect, the Es’kia Institute’s work entails: 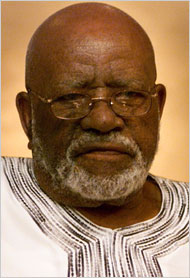 Es’kia Mphahlele, a South African writer whose 1959 memoir, “Down Second Avenue,” vividly dramatized the injustices of apartheid and became a landmark work of South African literature, died Monday in Lebowakgomo, South Africa. He was 88.


Although Mr. Mphahlele (pronounced Mm-pah-FAY-lay) wrote essays, short stories and novels, he was best known for “Down Second Avenue,” a searing account of his boyhood and early manhood. Its depiction of traditional rural life, and of violence and oppression in a black township in Pretoria, reflected the experience of countless thousands of his fellow black South Africans.

“He was in many ways the father of modern black South African writing,” said Leon de Kock, the head of the school of literature and language studies at the University of the Witwatersrand in Johannesburg. “His death closes a certain bracket in our literature, what we used to call protest literature, literature in the resistance mode that included exile and return.”

In an essay in The Star, a Johannesburg newspaper, the journalist and editor Barney Mthombothi wrote, “If Nelson Mandela is our political star, Mphahlele was his literary equivalent.”

...Collecting and delivering the laundry that his grandmother washed for white customers, Ezekiel learned his place in South African society. At the same time, he excelled in school and attended a progressive secondary school that left him, he later said, “detribalized, Westernized, but still African.” The conflict, both social and artistic, between African and Western identities would become an important theme in his work.

After training as a teacher, Mr. Mphahlele worked as a secretary at a school for the blind and began contributing short stories to Drum, New Age and other magazines. In 1945 he married Rebecca Mochadibane. Four of their children survive him: Anthony, Motswiri, Chabi Robert and Puso.
While teaching English and Afrikaans at a Johannesburg high school, he earned a B.A. and an M.A. in English literature from the University of South Africa and published his first book of stories, “Man Must Live” (1946). His career as an educator came to a sudden halt, however, after he publicly agitated against the discriminatory Bantu Education Act. Barred from teaching in South Africa, he struggled to survive and in 1957 emigrated.
“I was suddenly seized by a desire to leave South Africa for more sky to soar,” he wrote at the end of “Down Second Avenue.” He was, he complained, “shriveling in the acid of my bitterness.”
A wandering life ensued, as he wrote and taught in Nigeria, France, Kenya and Zambia. In the early 1970s he taught at the University of Denver, where he had earned a doctorate in 1968, and in 1974 accepted a full professorship in the English department of theUniversity of Pennsylvania.
While in exile he completed his memoir, as well as a second volume of stories, “The Living and the Dead” (1961), which explored the intricate, difficult relations between black and white South Africans. Stylistically, the sharp, jabbing prose of his memoir evolved into the more indirect, often wry voice of the stories in “In Corner B” (1967).
In his first novel, “The Wanderers” (1971), Mr. Mphahlele offered a sweeping view of African racial problems as seen through the eyes of an exile very much like himself, unable to live in South Africa but ill at ease in freer African states. While in exile, he also published two well-regarded works of criticism, “The African Image” (1962) and “Voices in the Whirlwind” (1972).... 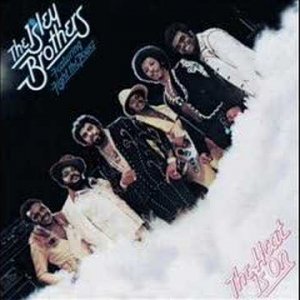