afrol News, 20 June - An exiled Equatoguinean opposition activist today was gravely injured in an attack attributed to "a group of 15 Moroccan assassins hired by the government of Equatorial Guinea to liquidate the opposition in Spain," according to exiles in Madrid. 15 persons from President Teodoro Obiang's Moroccan lifeguard yesterday had arrived the Spanish capital.

Today at noon, Manuel Moto Tomo sustained grave injuries after an armed attack in the Madrid suburb of Alcorcón. Mr Moto Tomo is the brother of the leader of the powerful exiled party Democratic Republican Force (FDR), which campaigns against the dictatorship of President Obiang. The FDR leader and other exiled opposition parties agree that the attack had been by "hired assassins" sent out by the Equatoguinean government.

Mr Moto Tomo, who currently resides in Canada, is the former Ambassador of Equatorial Guinea in China and came to Spain on a family visit three days ago. He was attacked while arriving his brother's house in his brother's car. From inside the building, Germán Moto could hear his brother crying: "They want to kill me," according to sources close to the family.

Mr Moto Tomo was stabbed with a knife in his stomach and in his arm by the assaulters. He was urgently sent to the hospital of Alcorcón at 5 pm, given surgical treatment. Medical staff at the hospital this afternoon told afrol News that his condition still was considered as grave. Large numbers of family members, Equatoguinean opposition activists and sympathisers have joined Mr Moto Tomo at the hospital, including Severo Moto, the President of the self-proclaimed "exiled government of Equatorial Guinea."

The assaulters, who were expecting their victim in a car parked outside the house of Germán Moto, were said to be a group of three young men. According to witnesses at the scene of the crime, they did not speak Spanish well. One of them carried a gun, the two others carried knives.

Family members of Mr Moto Tomo were able to get hold of one of the aggressors, who was handed over to the police, while the two others managed to escape. While friends of the victim, interviewed at the Alcorcón Hospital, said the detained killer had an Arabic accent, indicating he was Moroccan, family members claimed the assaulter was Colombian.

Mr Germán Moto, the FDR leader, today told the press that he believed the attackers indeed had planned to kill him, not his brother, confusing them when Mr Moto Tomo stepped out of his car. "Without doubt," the attackers had been killers hired by President Obiang, the FDR leader claimed. The FDR is the financially most important of Equatorial Guinea's many exiled opposition parties and the question has been raised what this party in fact wants to finance.

The self-proclaimed "exiled government of Equatorial Guinea" this evening in a statement said that "those attacking Miguel Tomo are members of the presidential lifeguard of Obiang Nguema. A delegation of 15 Moroccans ... yesterday landed at Madrid's airport, arriving from [Equatorial Guinea's capital] Malabo." The motives for their stay in the Spanish capital had not been announced, according to the statement.

With this "group of assassins" being in Madrid "with strange intentions," the exiled opposition group was alarmed and "urges everyone to take its precautions." The "exiled government" also repeated its earlier calls to the Spanish government to improve the security situation for Equatoguinean refugees living in Spain; the former colonial power.

Pedro Nolasco, editor of 'El Muni' who reports for afrol News at Alcorcón Hospital, says that the attack on Mr Moto Tomo indeed has scared the exiled Equatoguinean community. "Who will be next," many asked. Mr Nolasco had no doubt "the 15 hired assassins" now would continue on their mission in Spain and Europe.
Click to expand... 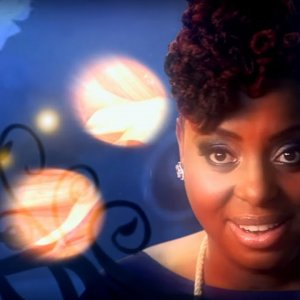