Black People : Engineering the future of our Black Youth fine as Audi A7.

Good morning, once again I come before you to be of value and service to your time African Americans people. There's no secret that our times have changed and are continuing to change at a rapid rate. This is due to social media, our awakening consciousness and the motion of the Stars. We are now in 2015 and almost 7 years into the age of Obama. I remember people were so excited about Barrack Obama becoming the first African American President of the United States of America. It was as the 1.6 million march against Islamic extremism that just occurred in France, people all over America, White, Asians, Indians, Arabs, Hispanics, and African Americans anticipating great change. But the sad reality is the America still embraces White Supremacy, which lies at the core of a stubborn and proud White elite who refused to share power and wealth with the lower classes especially Black and Brown people. This is the reality, along with a deadly and out of control trigger happy Police State because they too are seeing the change that rapidly altering our world as we know it.

What about our children in all of this? Does anyone remember what it is like being a child growing up going to school? What does everyday African American school children think of today's world? Do we stop and think about the high unemployment of African American Youth? As well as the fear they may have of racist White Police Officers who may shoot them. What are their chances in a hostile environment such as the current Obama? Dr. Cornel West said it best here in this little clip:

We can't live in a world without justice? One that tolerates abuse and even openly inspires it with torturing, invasions, and covert overthrows of legal governments. A nation that targets and spies upon it's own citizenry even the rulers of this nation had their email accounts and cell phones calls recorded and listened in on. Is all this to stop a rising Africa? And a decline of the U.S dollar because the world tires of Whitism and tyranny? This can not prevent the White race from dying out. So what's really going on?

Without no forward ado, I present a more better way and solution for us. We must form our own inner economy like the Asians in Chinatowns across this great country. Not one that opposes the U.S economy but one that lends support to it so that that support now extends to us, surrounds us and keeps us in prosperity. Currently no part of the U.S economy addresses the need of poor African Americans children. Give the $15.00 dollars a month it's only .50 cent, that's less than a cup of coffee. I just bought a cup this morning for a buck fifthy. It's only $180 dollars a year. But if just 10,000 of you courageous souls gives that $15 dollars in one month's time, that's $150,000 dollars. And in a year's time? $1,800,000. And did that hurt? No. $15.00 a month doesn't hurt anybody's pocket. That's less than a cell mobile phone bill. IPhone 6 or Galaxy. Put some fire in your demand for justice and freedom. Those little gadgets are no different from the trinkets, like mirrors and cigars, given to African chiefs to sell our ancestors into slavery. Remember this, Truth is achieved by those with the courage to reimagine the possible.

Youth programs can be made to run efficient because we design them with military moral conduct, rising every morning early to build our world. Efficiency in rank, file and structure in order to teach our young men and women leadership intelligence. Qualified educators like Dr. Umar Johnson to institute in our youth science, technology and innovation. With Engineering and Surveying programs so students can learn to read and write blueprints. Where we can teach to them to operate heavy equipment, like bulldozers and tractors. There's no limit to what we can do and we don't need any brain drugs and our possibilities still remain limitless. Including jump starting businesses using youth free labor and they learn hands on as we cloth, house and feed them in the African village and/or on the island of St. Helena, S.C.

These are the trends of our time I wouldn't ask you to go against the wind. The wind is at our back and time is on our side. Go ahead and watch the Super Bowl. Somebody will win in it as they do every year but did they share any of their billions on your child and grandchild's future?

Write it out to:


Office of His Majesty Oba Adefunmi II. For Education of Youth. 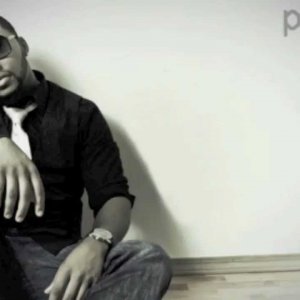